Oklahoma vs. Texas, a Letter to Les Miles, and a Hard-To-Get Hunk 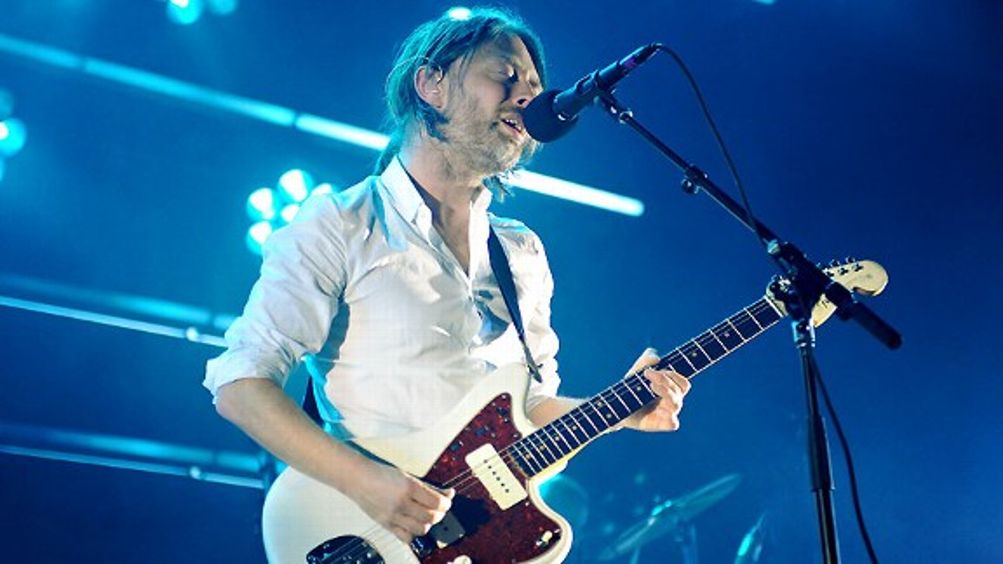 It was raining when I arrived at Wall Street last Thursday. The streets were empty, as though this vicious, sudden storm had washed everyone — good, bad, and nonpartisan — away. But there was a muffled din; between the street’s unkind acoustics and the fierce rains, I couldn’t tell where it was coming from. As I ducked under the awning of a deli to study the design flaws of my umbrella, a bearded man marched by, then one whose face was covered by a bandana, then a woman in a suit with the word “CRIMINAL” stenciled on her back. They had come to occupy Wall Street. Dozens filed by, pointing their signs toward a waylaid deliveryman and me and cheerfully encouraging us to join them. The entire day, someone seemed to be holding a sign to my face. Sharpie on cardboard: the typeface of the desperate.

“WAKE UP!” a sign read — one of many that opted for a kind of forceful vagueness. Barricades restricted movement to Wall Street’s sidewalks. The closing bell had long since sounded; it was early evening. There were no wealthy bankers sipping champagne, watching from their thrones, and scoffing at the unwashed masses, save the one who had merged with the mob only to break away at the door of the nearby gym. About 50 people chanted and sang, cheerfully beckoning those on the sidelines to join them, and then they politely filed back to their base at nearby Zuccotti Park. The protesters who had brought musical instruments huddled at the edge near Broadway and began jamming. On the far side of the park stood a mobile police tower, its intentions hidden behind a tinted pane.

That evening, about 80 blocks north on Broadway, Radiohead played the Roseland Ballroom. The set pieces were familiar: those same barricades, segregating those with tickets from those without; more cardboard signs, this time offering large sums of money (and more) for any spare tickets; some nameless, shapeless feeling in the air that we were living within someone else’s matrix. But the preponderance of shoulder laptop bags and tucked-in shirts suggested this was more of an after-work crowd than one frothing for change. This was the second and final show of Radiohead’s brief visit to New York, where they also featured as the musical guest on Saturday Night Live and taped a special episode of The Colbert Report.

Their appearance on Colbert was notable for highlighting the English band’s political enthusiasms, particularly their keen interest in climate policy and their stance against corporate sponsorship. As is the show’s conceit, Stephen Colbert lampooned this stance, offering Dr. Pepper as the band’s “official soft drink” and pressing them on their use of electricity — did this not compromise their stance on emissions? For their part, the band met Colbert’s irony with some of their own, although theirs was subtle to the point of inscrutability. In between platitudes about their children’s futures and the hijacking of participatory politics by corporate interests, their protest was confined to a knowing arching of the brow or an exaggerated burst of agreement with Colbert.

When Radiohead first emerged with the 1992 hit “Creep” there was little evidence they would evolve into a daring, formidable, and forward-thinking band. Evolution always seems inevitable and obvious in hindsight, but in the case of Radiohead, it seemed most natural that “Creep” would both make and extinguish them. In the shadow of Nirvana’s Nevermind, a paradigm shift in the music industry’s sense of marketplaces, the early 1990s was filled with many momentarily intriguing one-hit wonders and buzz bands. The intense pressures exerted upon the band, the constant materialization of label representatives checking in on the new product, none of this broke them; instead, it became a subject for their music, and a reason for each album to be more challenging than the last. They began to compose songs that described the sort of alienation one might experience if everyone needed to speak to you but rarely about anything that truly mattered.

All of this came about in the mid-1990s, that boom era when it wasn’t so strange for a college graduate with wits to land a decent job. The Internet had yet to fuse with our lives with such totality and finality — at least it seemed this way — and suddenly there were new kinds of jobs and ways to make money. For listeners of a certain age, even casual ones who had discovered them through “Creep,” Radiohead offered some semblance of critique, a reason to temper hopes about the abundant jobs available for the choosing and a warning not to misread the dizzying pace of global change as inevitability. Their 1997 album, OK Computer, contained oblique barbs about consumerism, our pre-millennial numbness, the mantra of productivity. But the malaise was never named, as though this hidden transcript still required decrypting.

This sense grew more pronounced on 2000’s Kid A, which managed to feel both paranoid and comfortable with the future and its possibilities. The opening moments of its lead track, “Everything in Its Right Place,” captured the band’s newfound ambivalence toward traditional rock aesthetics: Singer Thom Yorke’s vocals arrived as a scrambled blur, and instead of guitars or drums there was an electric piano and little more. The album wore the influences of ambient electronic and modern classical music proudly, denying the back-to-nature catharsis that is the engine of so much popular music.

All of this helps explain how Radiohead came to be understood as a thinking person’s band — by toying with their fan base’s expectations, but still giving them the feeling that they were sharers of a secret. At Roseland that night, I began to wonder: Is this music that, per the sign I had seen earlier in the day, awakens us to our surroundings? This was clearly one of their intentions, from the late 1990s up through today. And yet Radiohead’s music has never enunciated their convictions clearly or offered any legible rage. Its sense of dissatisfaction feels profound yet vague. What if this is what it looks likes to be bright-eyed and present in 2011?

Radiohead’s set drew largely from their past two albums, 2007’s In Rainbows and this year’s The King of Limbs. The band’s performances have always brought attention to their fine rhythm section, something one barely notices on their records. Even though their new songs are largely guitar-based, their sense of repetition — a haphazard pluck or a hypnotic arpeggio replayed over and over — feels inspired by the stuttering, hiccupping electronic dance music Yorke often champions. The older material sounded less strange, which perhaps illustrates Radiohead’s influence: It is no longer unusual for a band to aspire toward a guitar-free sound. They are a book about Marx or existentialism that challenged you in college, the “USED” sticker still prominent on its spine.

The following day, rumors persisted that Radiohead were to play a surprise show down on Wall Street, in support of its occupation, or rather, the occupation of a small park near Wall Street. Representatives of the movement insisted this show was happening, even as the band’s management denied it. Maybe, some suspected, the band had agreed to play an unannounced show for the protesters but backed out the moment the protesters went public with the news. Perhaps, others accused, the protesters had floated this rumor merely to drum up support for their cause. Conspiracy is the intoxicant of the fringe. In any event, interest in what was going on surged that day as a result of this rumor, just as it had when Michael Moore, Russell Simmons, Cornel West, and hundreds of uniformed airline pilots had come by at various points earlier in the week to lend solidarity. Best of luck to the occupation, the band eventually explained, but we never had any intention of playing.

As you grow older, you begin to worry about the coming revolution’s logistics. It’s likely that such a concert would have brought an immediate end to the occupation. A few hundred would have become many thousand, and there finally would have been a reason for the police to descend in the name of crowd control, codes governing amplified noise or some other potentially arbitrary reason.

I wondered what they might have played, had they showed up. One of Radiohead’s working titles for Kid A was No Logo, in homage to Naomi Klein’s influential 2000 book on the new classes of consumers and activists whom the globalized economy of the 1980s and 1990s had produced. I’m sure it was buried deep within some of those overstuffed, water bottle-laden backpacks in Zuccotti Park. No Logo has had a strange career these past 10 years, for it clarified, in an almost prophetic way, the possibilities of both advertising (whose attempts at branding have grown remarkably sophisticated) and activism.

This isn’t a brick through the window of the nearest Starbucks or a limousine in flames; this is a meandering deliberation, an attempt at democracy in slow motion, a motley assortment of people who share a sense but little more. The mellow, holding-pattern pace of it all against the logic that time is money.

To isolate this contradiction — the way Klein herself became a “brand,” or the various compromises Colbert pointed out in the Radiohead platform — is not to defuse the idea or save us from having to ponder it. Even as I stood at Roseland, wondering when Radiohead’s fans had grown this muscular and professional, I was reminded of how powerful their elusiveness of meaning had once been — how it had been enabled by their desire to step outside of the timelines, schedules, and external demands that dictated their lives. This is an old story, the reluctant superstars who have earned the privilege to be deliberative and experimental. But in many ways, this is also what makes the Wall Street occupation so enchanting from afar. This isn’t a brick through the window of the nearest Starbucks or a limousine in flames; this is a meandering deliberation, an attempt at democracy in slow motion, a motley assortment of people who share a sense but little more. The mellow, holding-pattern pace of it all against the logic that time is money.

There was something faintly sad about this Radiohead gig that wasn’t. The protesters weren’t ready for their close-up. Someone posing as the band’s manager had pranked them, and if you couldn’t trust their ability to figure this one out before it was too late, then how could you take any of the rest of their manifestos and demands seriously? Those on the sideline had turned their attention to this cause and the promise of a free concert, but the incentive never materialized. The media finally sought out the organizers, but it was so they could comment on this embarrassing hoax. That day, the protesters had finally issued their declaration of grievances, which ranged from the tyranny of student debt to the protection of animal rights to the status of corporations as “people.” At the bottom of this list, a tiny note: “These grievances are not all-inclusive.”

Previously from Hua Hsu:
Varieties of Disturbance
When They Were Kings: Paid in Full to Tha Carter IV
Never Been in a Riot
Watch the Throne: Let Them Eat Cake