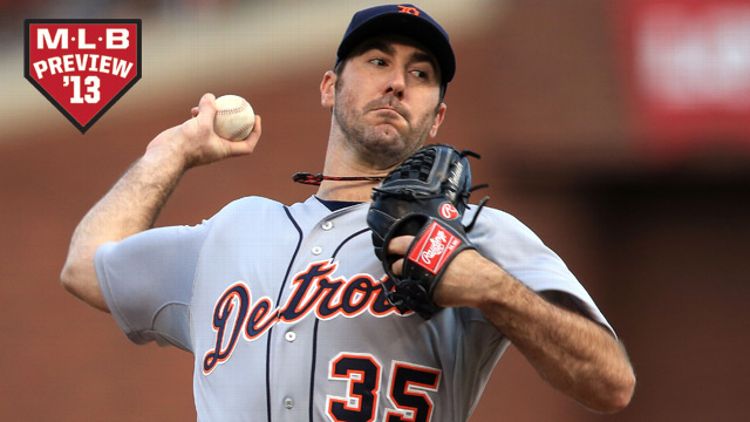 Already signed through 2014, Verlander’s extension with the Tigers will last five years and pay him $140 million. At $28 million a year, Verlander becomes the third pitcher to break the record for highest average annual contract value in the past four months, eclipsing Zack Greinke ($24.5 million) and Felix Hernandez ($25 million). The deal also includes a vesting option for the 2020 season, which could bump Verlander’s earnings over the next eight years to $202 million.

Meanwhile, Posey just inked the second-largest deal ever given to a catcher, which is wild, given he doesn’t even have three years of service time under his belt. The Giants will pay Posey $167 million over the next nine years, trailing only Joe Mauer’s $184 million pact among catchers and nearly doubling the third-largest catcher deal, the $91 million contract the Mets gave Mike Piazza in the late ’90s.

Verlander wouldn’t have hit the open market until after the 2014 season, Posey until after 2016. But you can now scratch two more names off future shopping lists, as free agency continues its march toward irrelevance.

In just the past year, we’ve seen an All-Star team worth of talent sign multi-year extensions that took them off other teams’ radar. We’ve mentioned Verlander, Posey, and Hernandez. There’s also Joey Votto, Evan Longoria, Ian Kinsler, David Wright, Cole Hamels, Matt Cain, Adam Wainwright, Madison Bumgarner, Adam Jones, Brandon Phillips, Carlos Santana, Miguel Montero, Paul Goldschmidt, Chris Sale, and many others (plus Yadier Molina, Matt Moore, and a bunch more, if we want to go back a few more months). Late Sunday night came yet another big headline: Per Ken Rosenthal, the Rangers were close to signing Elvis Andrus, the All-Star shortstop two years away from testing the open market, to an eight-year, $120 million extension. If a prime Scott Boras client punting on six years of negotiating rights doesn’t convince you that free agency is heading the way of the Dodo bird, nothing will.

That leaves us with a free-agent wasteland. Next winter, the list is slated to include Robinson Cano … and a whole lot of decent players past their prime, or never that good in the first place. The best pitcher on the list figures to be Josh Johnson, a fine arm when healthy but also one of the most injury-prone top starters in the game. As is, Cano may well not make it to free agency if the Yankees open the vault for him — and it’ll very likely be a one-team bidding war if he does wait. Whatever remains could very well become fool’s gold, if the trends from the past couple of offseasons hold up. The Angels’ splurges on Albert Pujols and C.J. Wilson already look like overpays just one year in. And the Dodgers might already be regretting their $147 million Zack Greinke investment in light of his suddenly balky elbow, if not for the fact that the Dodgers are a perpetual money machine, a T-1000 of cash regeneration.

We’ve established that baseball’s revenue boom should make us rethink how we view long-term contracts. But really, the biggest shift might be in how the richest teams spend their resources. If the Dodgers, post-2014 Yankees, and other well-heeled clubs can’t outbid everyone else for talent on the open market, they’ll need to get creative about how they flex their financial muscle. We might see more Adrian Gonzalez–style cash-absorption orgies, albeit perhaps on a smaller scale. They’ll certainly try to prey on the few remaining teams who don’t have the means — or more accurately, the will — to pay their star players to stay: David Price won’t be a Ray for much longer, for instance.

But really, what we might see is a renewed emphasis on scouting, drafting, and player development, not just for smaller-revenue clubs, but also the big boys. Think about it. A rich team might want to trade for Price, but the Rays won’t listen unless multiple elite prospects are in the deal; the Dodgers and Yankees, to name two theoretical suitors, don’t have the kind of prospect depth to set up a Price trade, followed by the inevitable $150-$200 million contract extension. And while the new caps on draft and international spending amount to a naked cash grab by the owners and can hurt lower-revenue teams who know how to win, they might also make the Dodgers and Yankees think twice about going way over budget — because of the other draft picks they’d stand to lose far more than the monetary penalties. All of that means the teams that do the best job of building from within stand to benefit the most: They’ll have the best prospects to offer whenever the rare Price becomes available, and the best players at whom to throw massive sums of money, to ensure they don’t hit the free-agent market until they’re roughly 47 years old.

All of which brings us back to Verlander and Posey. We can haggle over exactly how much money is too much to offer the two stars, in light of baseball’s imminent leap to $9 billion in revenue, and more specifically the huge local ratings the Tigers and Giants get, with the Giants also owning one-third of the network that carries its games. But there’s no disputing either player’s talent. Posey has been a star from day one, he just turned 26, and as a former shortstop and one of the most athletic catchers in the game, projects as the kind of player who can switch positions, Craig Biggio–style, to prolong his career and maximize his offensive value later on.

Verlander is four years older, with more innings pitched than anyone in the game over that span, counting playoffs. He’s also been the best pitcher in the game over that span. And while past performance doesn’t always guarantee future results, it’s the pitchers that get hurt who are most likely to get hurt again (or have their performance plummet), not the ones who throw a ton of innings supremely well. Unless they emptied their entire farm system and outbid hordes of other teams for the next Price, the Tigers weren’t getting anyone who can remotely stack up to Verlander. That in itself is reason to break the bank. Even more so if your owner’s on an all-out mission to win a World Series before he moves on to that great Navin Field in the sky.