Ausmus Space: Inside the Mind of the Tigers’ (Probably) Lame Duck Manager 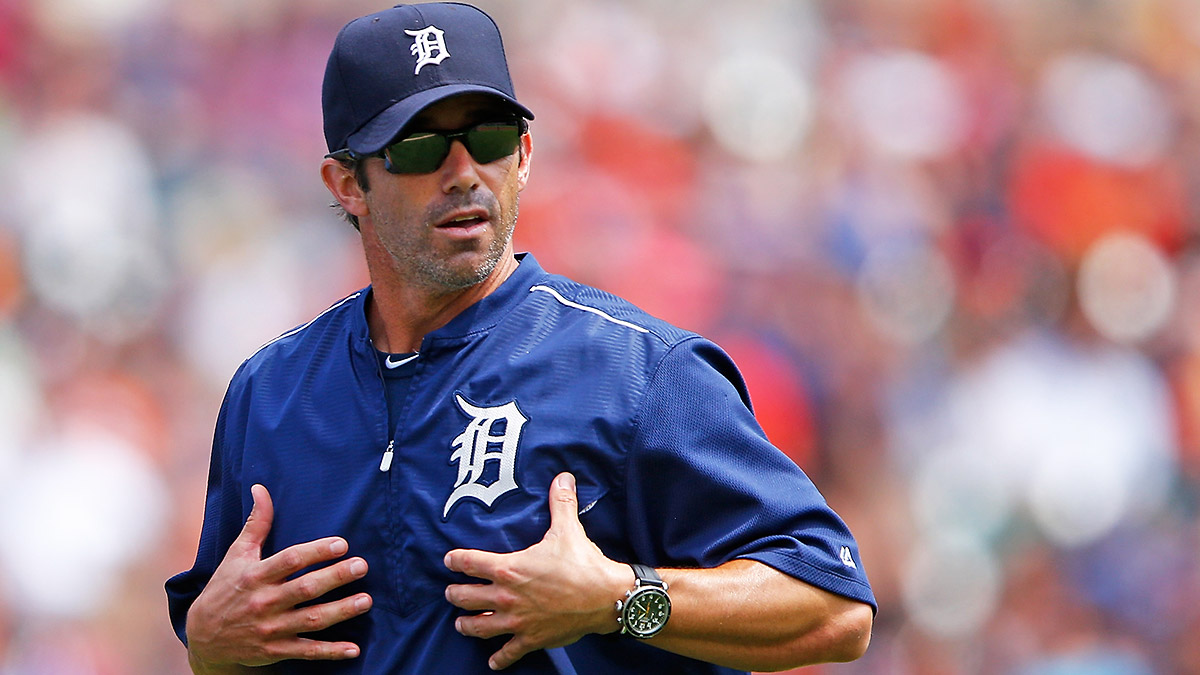 Last week, reports surfaced that the Detroit Tigers intend to fire manager Brad Ausmus and replace him with a different, presumably less handsome manager. Despite interim GM Al Avila’s reassurance that nothing has been decided, this puts Ausmus in an awkward position, having to play out the string with the knowledge that he might be fired at season’s end. Here are some vignettes from a lame duck manager’s life in limbo.

Ausmus: So are you going to fire me or not?

Ausmus: What do you mean?

Ausmus: Why not just get it over with?

Ausmus: What are you going to learn about me as a manager in three weeks of garbage time that you didn’t know before?

Avila: Just give us some time, Brad. From now until the end of the season, just be yourself, and I’ll have answers for you soon enough.

[Ausmus looks off into the distance and his eyes glaze over.]

[Ausmus blinks, looks back at Avila, and smiles.]

Fox Sports Detroit announcer Mario Impemba: Well, it looks like the Royals are finally getting to Justin Verlander. They’ve gone ahead, 4-2, here in the top of the fifth, and with Alex Gordon on second base with one out, there’s the potential for more damage.

Fox Sports Detroit announcer Rod Allen: Yeah, it looks like this third time through the lineup is going to be trouble for Verlander, who has struggled this year against Kansas City.

Impemba: First pitch to Lorenzo Cain is a fastball for strike one, and sure enough, there goes Brad Ausmus to the bullpen phone.

Ausmus: Hi, yeah, I’d like to place an order for delivery … Name’s Brad. Address is 2100 Woodward Drive, Detroit … Cash … OK, I’d like two egg rolls, a large order of pork lo mein, and an order of crab rangoon … I’m sorry, could you hang on a second?

[Ausmus covers the phone and turns to his bench.]

Tigers catcher James McCann: Where from?

Ausmus: You want the meal or just the chicken?

McCann: The whole meal. With fried rice — I’ll pay you back after the game.

Ausmus: [Back to phone] Sorry about that. And one General Tso’s chicken platter, with fried rice … Hang on … Hey, Mac, you get soup with that!

Ausmus: Hot and sour soup, please … That’s all … 45 minutes will be great. Thanks so much. 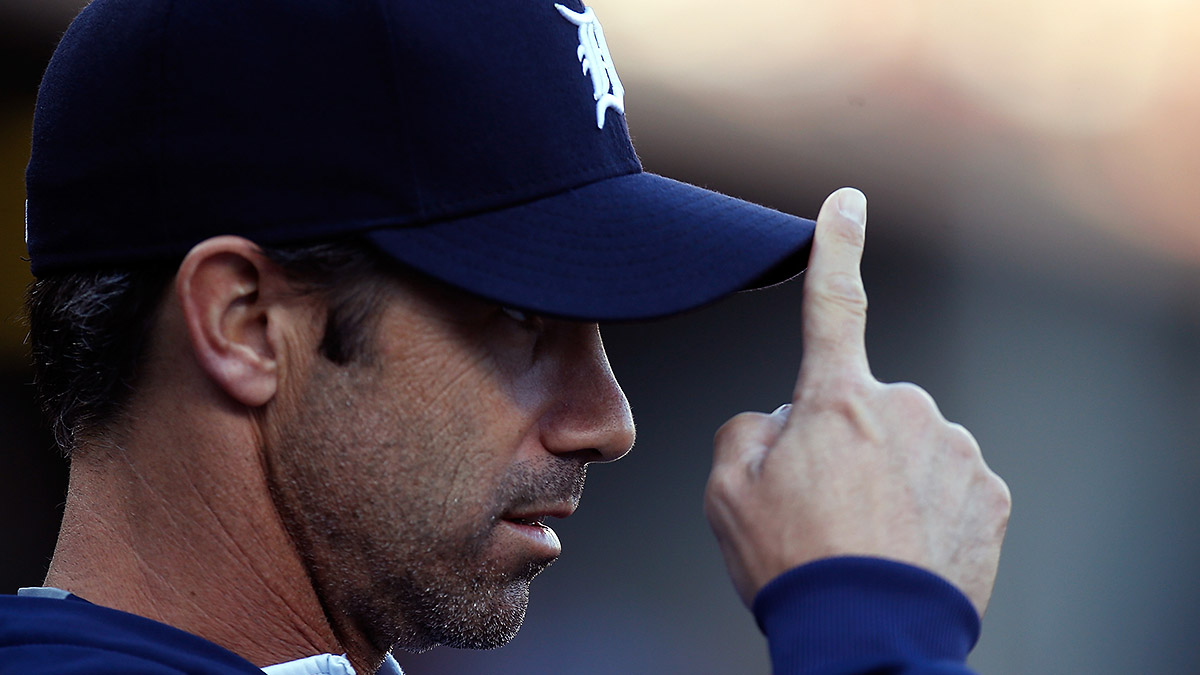 Reporter No. 1: Brad, how do you bounce back from the latest in a string of tough losses?

Reporter No. 1: Last time Matt Boyd faced the Royals he got roughed up. How long of a leash will he have tonight, and does only getting five innings from Justin last night force your hand with the bullpen?

Ausmus: Nah, we’ve got more than enough pitching with the expanded rosters. Hey, and speaking of the Force, did you guys know it’s Star Wars night at the park tonight?

Ausmus: Hey, just out of curiosity, what do you guys think of the trailer for the new film?

Ausmus: Well, it’s Star Wars, right, so how bad can it be? Particularly because it looks like J.J. Abrams is going back to practical effects instead of that prequel trilogy CGI nonsense. If nothing else, it’s going to look right, even if the movie sucks. But I’m really cheesed off that they’re just doing away with all the EU canon for these new movies.

Ausmus: Expanded Universe, dude. Like 20 years’ worth of novels that continued the story in all directions. Some great books in there.

Reporter No. 1: You read the Star Wars Expanded Universe novels?

Ausmus: Well, not all of them, obviously, but the big ones. Thrawn trilogy, X-Wing series, the Jedi Academy series, Truce at Bakura. I know Yuuzhan Vong from the Ssi Ruuk, if that’s what you’re asking. And by the way — and I’ve given this a lot of thought — they’re missing out on a real opportunity to cash in by making the early X-Wing series books into a film series. So many of those books tried to latch on to Luke, Han, and Leia, but the X-Wing series was great because it took one secondary character from the movies and surrounded him with this incredibly rich cast of new characters. But it was still exciting and funny and took us to new places, which I think was the whole appeal of the movies to begin with, you follow?

Ausmus: Anyway, I’ve given it a lot of thought, and imagine an X-Wing adaptation with Jeremy Renner as Corran Horn and Tom Cruise as Wedge if you could get him, and if not him, then Christian Bale, maybe? But Cruise would be perfect. Kristin Scott Thomas as Ysanne Isard, Benedict Cumberbatch as Kirtan Loor, and you get Matthew Vaughn to direct. Hi, I just made Disney $2 billion.1 Next question.

Verlander: Yeah, I had nothing going on this morning, so I figured I’d come get a workout in while it was still quiet.

Verlander: Say, what’re you doing with that lighter?

Ausmus: Well, I’m melting this box of crayons and seeing what color it turns into when they all mix together. 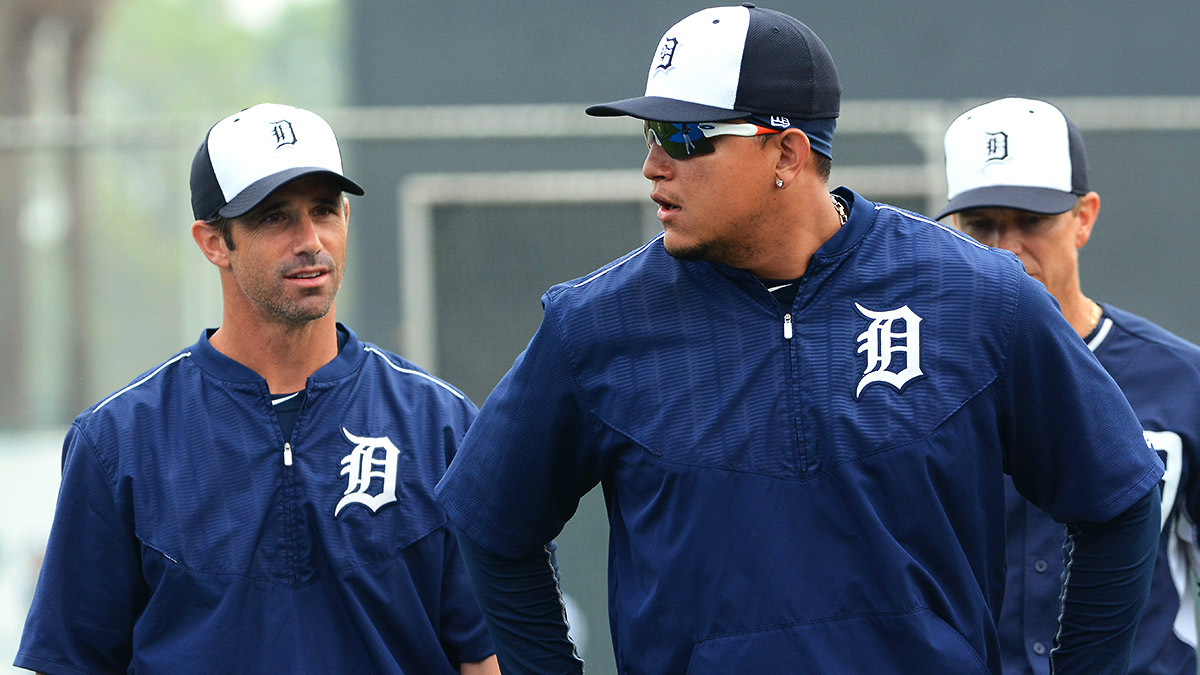 Impemba: Key situation here early for the Tigers. Men on the corners and two outs here in the third inning. The Tigers lead the Yankees, 2-0, but a hit from Miguel Cabrera could really break this game wide open. And Larry Rothschild’s going to come out to have a word with Luis Severino.

Allen: Looks like Ausmus is heading out of the dugout, as well. Kind of unusual to see him do that. Wonder what they could be talking about — I mean, what could he possibly be telling a hitter like Cabrera at this moment?

Ausmus: How are things, Miguel?

Ausmus: Listen, I wanted to ask you something, and since we’ve got a minute: You want to catch a movie once we’re done here?

Cabrera: Sure, but we’ve still got six more innings to play.

Ausmus: Of course. I mean after.

Ausmus: Stonewall is the big movie out this week, I think.

Cabrera: Pass. All I’ve heard about it is that it’s completely whitewashed. I mean, for a story about a seminal moment in American LGBTQ history, particularly in modern America, it’s disappointing that they made this movie about a pretty white boy instead of drawing from a racially diverse cast of historical characters from all gender identities. I’ll pass.

Ausmus: You seen Everest yet?

Cabrera: Not going to. Scared of heights.

Ausmus: How about Black Mass?

Cabrera: That could be fun. Good to see Joel Edgerton making something of himself.

Ausmus: For real. OK, I’ll go check showtimes. And don’t let Severino get ahead of you, but if he does get you 0-2, lay off the soft stuff in the dirt, OK?

Cabrera: You got it.

Reporter No. 1: Brad, what’s your state of mind, going out on a winning streak but knowing that this season was a disappointment — particularly with the rumors about your job being on the line?

Ausmus: When the rumors abound, there is nothing to say / But to do your job right each and every day / If I falter, oh well, I will have been cashiered / And the Tigers will have a new skipper next year.

Reporter No. 2: Miguel Cabrera very quietly had another outstanding season, taking home another batting title. How has he evolved as a player as he’s aged?

Ausmus: When Cabrera got here, he was young. He was proud. / But as time trickled on, then his bat became loud / Maybe power will fade, maybe glove, maybe speed / But Cabrera makes runs when it’s runs that we need.

Ausmus: Verse, yes. Couplets of anapestic tetrameter, though I’ll admit it’s a little sloppy in parts. I’m doing the best I can on the fly here.

Ausmus: Time is short in this job, as I’m sure you’re aware / I’ll enjoy the prerogative while I’m still there / I can speak in a meter if that’s what I choose / Now, please ask me more questions — go on, be my muse!

Reporter No. 1: If this is, in fact, your last season in charge of the Tigers, what’s the next stop for you?

Ausmus: That’s a very good question — so happy you asked! / I have won quite a bit here —that’s what I’ve been tasked / with. So should there come vacant a manager’s post / I’d have unbounded interest — that’s what I’d like most!

This post originally misidentified Tigers radio broadcaster Dan Dickerson as a TV announcer. Mario Impemba has taken his place in our imaginings above.

'The Grantland NFL Podcast': Midweek News and an Interview With Charlie Whitehurst