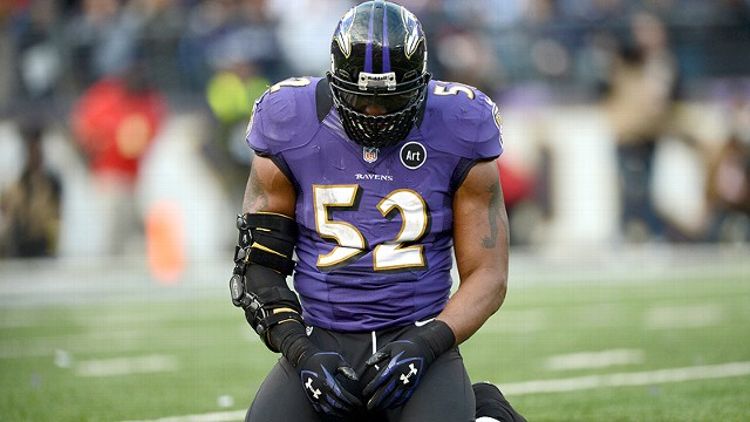 Since Ravens linebacker Ray Lewis announced that he will retire at the end of Baltimore’s season, his quest for another Super Bowl victory to cap his Hall of Fame career has become one of the biggest story lines of the NFL playoffs. But despite his on-field accomplishments, Lewis’s legacy will be tainted by the events of January 31, 2000, for some. Early that morning in Atlanta, a brawl broke out, two were found dead, and Lewis, along with two others, was charged with murder the next day. But it’s been nearly 13 years since then and many have forgotten the details. Below is a timeline of the events surrounding that incident as provided by media coverage and witness testimonies.

Jan. 31, 2000 — Hundreds of people head to the Cobalt Lounge in Buckhead for a Super Bowl after-party. An argument between Ray Lewis’s group and another group heats up outside around 4 a.m. According to witnesses, following a verbal kerfuffle, a man in Lewis’s group is struck in the head with a champagne bottle. The argument turns physical from there, and punches are thrown.

Jan. 31, 2000 — Keven Brown, a security guard from Decatur, Georgia, later tells authorities that before he helped break up the fight, he saw a “very intoxicated” Lewis exiting the club. Lewis, in his subsequent testimony, says he tried to stop the fight. Other witnesses will say they saw Lewis throw a punch, though none saw him wielding a knife. (Georgia law dictates that “any party who did not directly commit the crime may be convicted for the commission of the crime upon proof that the crime was committed and that he was a party thereto, despite the outcome of the one who directly committed the crime.”) Only one witness — an admitted con man who is later imprisoned — will say he saw Lewis actively involved in the fight.

Brown tells authorities that he saw two men tussling with Jacinth Baker, 21, and two others brawling with Richard Lollar, 24, “seconds before they lay bleeding on the street.” After clearing people out of the way, Brown says, he saw Baker lying, fatally wounded, on the pavement, and looked up to see Lollar walk toward them, fatally wounded as well. Police will note that they were about 200 yards from the club. Brown says he saw a knife on the ground, heard someone say, “I stabbed him,” and called 911.

Meanwhile, Lewis and 10 members of his entourage pile into the Pro Bowler’s rented Lincoln Navigator limo as someone fires shots at the vehicle. Blood stains are later discoveredinside the limo. A witness later says that along the way, a passenger dumped a white hotel laundry bag in a dumpster outside a fast food restaurant. Another witness will testify to seeing a passenger exit the car and walk toward a trash can, but that he was holding a brown paper bag. Prosecutors will allege that inside the bag was Lewis’s white, blood-stained suit. The suit is never found.

Atlanta detective Ken Allen later testifies that he found a small folding knife on the ground near the bodies. This corroborated Brown’s testimony that there was a knife next to Baker’s and Lollar’s bodies.

Fulton County Medical Examiner and forensic pathologist John Parker later says that the two victims died within minutes of being stabbed in the heart. Parker says their injuries “were well-directed wounds into vital areas” and that the killers knew what they were doing. Investigators will say they traced the knife found at the crime scene back to the sporting goods store where Lewis was signing autographs the day before the Super Bowl. A family friend of Lewis’s and a witness to the incident later testifies that he possessed the receipt to one of the knives believed to be used in the fight; Lewis’s signature, as well as a phone number, were found on the receipt. Lewis later says in court that Joseph Sweeting and Reginald Oakley, along with another member of his group, purchased knives earlier that day. A witness reports having seen Oakley and another unidentified man with a knife; no witnesses testifies to seeing Lewis with the knife. Forensic tests show no blood or fingerprint marks on the knife found at the scene.

Jan. 31, 2000 — Investigators speak with Lewis, who supplies misleading information. Lewis is arrested and held in police custody without bail, where he knowingly makes an untrue statement to Lieutenant Michael Smith.

Feb. 12, 2000 — Ray Lewis and his two acquaintances are indicted by a Fulton County grand jury on two counts each of malice murder, felony murder, and aggravated assault with a deadly weapon. Warrants have been issued for Reginald Oakley, 31, of Baltimore, and Joseph Sweeting, 34, of Miami. Sweeting is charged with Lollar’s death and Oakley with Baker’s.

Feb. 15, 2000 — An hour and a half before Lewis is released, Reginald Oakley turns himself in.

Feb. 15, 2000 — Lewis is released from jail shortly before 2 p.m. on the $1 million bond — $200,000 in cash. One of his lawyers says he will spend some time in Atlanta with family before returning home to Baltimore the next day.

May 23, 2000 — The trial begins. The prosecution calls multiple witnesses — one who witnessed the killing from her apartment window but was unable to identify any of the defendants, another who said he had the receipt to what he believed was one of the knives used that night, and two sporting-goods store workers who say they sold a knife to someone who looked like Sweeting. The defense does not call any witnesses.

May 24, 2000 — Day 2 of the trial begins with Jeff Gwen, a rap performer from Akron, Ohio, testifying to witnessing Oakley and an unidentified man holding knives during the fight. He says he did not see Lewis with a weapon. Another witness also testifies that he saw an unidentified man wielding a knife. According to Gwen, as he and friend Chris Shinholster were leaving, their conversation about women at the club was interrupted by Oakley, who was quickly pulled back by Lewis and an unidentified man. Gwen said the two apologized and tried to pull Oakley to the limo. The two groups exchanged insults, and during this, Baker hit Oakley over the head with a champagne bottle, and the groups began to fight. Gwen said he was chased by two men, one holding a knife, and Shinholster said he saw an unidentified man with a knife. Despite being close to Baker and Lollar, Shinholster said he did not see who stabbed the two men. Shinholster also said he did not see Lewis fighting, though Gwen said he saw Lewis “tussle” with Lollar, but not hit him.

May 25, 2000 — Day 3 of the trial is highlighted by spotty testimony from the prosecution’s star witness. His story includes inconsistencies, lapses in memory, and admission of hearing loss. Duane Fassett, the driver of Lewis’s rented limo, previously told investigators he saw Lewis, Sweeting, and Oakley fighting with the two victims, and overheard Sweeting and Oakley saying they’d stabbed the two men. He claimed he also heard Lewis tell them to lie to the police. In his testimony, Fassett says he saw Lewis raise his arm but not actually see him hit anyone and that he heard Lewis telling his friends to stop fighting and to get into the vehicle. Fassett confesses that he liked Lewis, and according to AP reporters present, he seems “pained when forced to admit that after the brawl, Lewis told everyone in the limousine to ‘just keep your mouth shut and don’t say nothing.’”

As for Oakley and Sweeting, Fassett says he saw the first pin Baker to the ground and “punch him several times in the chest” and the second push Lollar against a tree and punch him. He notes that he did not see a knife, though he did hear a bottle shatter and thought somebody had been hit over the head with it.

May 26, 2000 — On Day 4 of the trial, Chester Anderson, a con artist in jail on identification fraud charges, testifies that he saw Lewis kicking a man in a street brawl while he was walking from another bar early January 31. Another witness says she saw blood in the limo following the fight and that she heard Lewis say, “I’m not trying to end my career like this.” She says she did not see knives, punches, or kicks, though on the ride home, a passenger got out of the car with a brown paper bag and walked toward a trash can. Another witness says he saw six men beating one man but is unable to identify any of the perpetrators.

May 30, 2000 — On Day 5, no witnesses for the prosecution identify Lewis in the brawl. The first witness of the day, a model who was with Lewis’s group at the party, says she was unable to identify anyone in the fight because she was “pretty intoxicated.” She was given full immunity in exchange for her testimony. Another witness, a friend of the victims, does not mention any of the defendants, only saying that he saw a “commotion” and saw Baker lying on the ground. He then ran toward his friend Marlin Burros’s truck to get the victims but Burros stopped him, grabbed a gun, and started shooting at Lewis’s limo. Burros said he fired seven shots at the limo’s tires to stop “the people who hurt the two guys lying on the street.” The last witness called to the stand was one of the people in Lewis’s limo, and she says she saw two men attack Sweeting and then saw Lewis push one of the men away from Sweeting, all the while telling everyone to get back into the car.

May 31, 2000 — Day 6 begins with testimony from Shirley McMillan-Horton, a crime scene technician for the Atlanta Police Department. She collected swabs from several of the blood stains in the limo Lewis and the co-defendants were riding in after the brawl, though she did not identify whose blood it was. The jury also listens to testimony about Lewis’s trip to Atlanta.

June 1, 2000 — Day 7: Police officers testify that Lewis’s original police statement on Jan. 31 was riddled with lies. Lewis at first denied knowing the names of the people in his limo. He then later identified some of the people in the car, including Oakley (who he called “A.J. Johnson,” an alias). He also originally denied knowing somebody’s head had been cut but later said Oakley “had his head busted.” Lewis refused to sign the statement, saying he had to leave for the Pro Bowl in Hawaii and would answer questions later.

June 2, 2000 — Day 8: Detective Ken Allen, who was at the scene of the crime, describes what he found next to Baker’s and Lollar’s bodies — bottles, articles of clothing, and a two-inch knife with no blood on it.

June 5, 2000 — Lewis agrees to a plea bargain — his murder and aggravated assault charges are dropped in exchange for his testimony against Sweeting and Oakley. As part of the deal, he also pleads guilty to obstruction of justice (for telling people in his limo to keep quiet) and receives a year of probation.

June 6, 2000 — Lewis takes the stand and testifies against Oakley and Sweeting. A full transcript of that day’s court proceedings can be found here.

June 13, 2000 — Facing a life sentence, Joseph Sweeting and Reginald Oakley are acquitted of murder and assault charges after the jury deliberated for less than five hours.

August 17, 2000 — NFL commissioner Paul Tagliabue fines Lewis $250,000 for obstructing the police investigation. That amount is believed to be the largest fine for an NFL player in cases not involving substance abuse. Tagliabue adds that Lewis will be fined another $250,000 and subject to suspension if he violates his probation.

2004 — The family of Kellye Smith, Richard Lollar’s then-fiancé who was pregnant at the time, sues Lewis (on behalf of her and Lollar’s daughter) for $13 million. They also reach a settlement, which includes a confidentiality clause.

About Last Weekend: The Ravens' Revenge