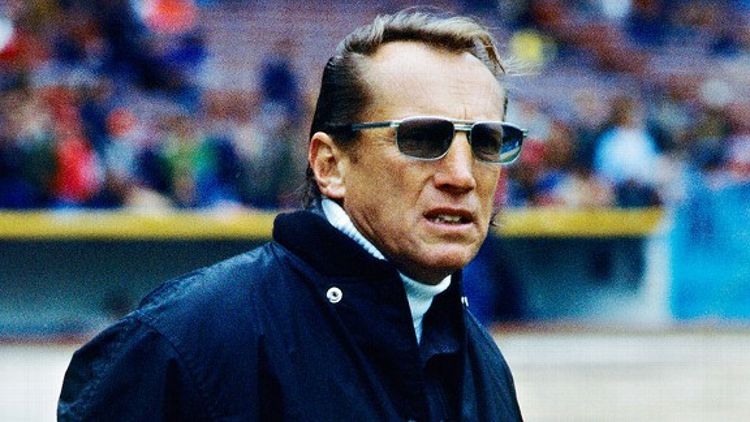 What is one to make of a Jewish person who is fascinated by Adolf Hitler? How do we comprehend a man who goes out of his way to study the most hated thing he can imagine? In 99.9 percent of all possible scenarios, such paradoxical absorption would be dark and meaningful. It would be twisted and bizarre, and it would be perceived as the ultimate manifestation of self-loathing. Unless, of course, the Jewish person in question was Al Davis. Then it makes perfect sense. Of course Al Davis was interested in the Nazis. Of course he was. Somehow, it would have been more surprising if he hadn’t been.

When I woke up this morning and discovered that Al Davis was dead, I was surprised. Now, how could this be? How could I be surprised by the death of an 82-year-old man who already seemed unhealthy in 1988? Yet I was. It did not seem like Davis was killable. He was a hard man — a genius contrarian who seemed intent on outliving all his enemies in order to irrefutably prove his ideas were right. No one ever personified a sports organization the way Davis embodied the Raiders, and no one ever will. No one can. It’s not possible. The league he helped invent no longer exists in the manner he devised. It’s difficult to visualize another man who could coach a team, then manage that team, and then own the team. Equally amazing was the way Davis remained at the organization’s dead center on all three levels: As a coach, he created the attack the Raiders have stubbornly used for almost 50 years (run between the tackles, pass vertically, and feed off intimidation). His gambling personnel philosophy throughout the 1970s and ’80s built the superstructure for three Super Bowl victories — speed came first, reputation mattered least, and loyalty (or at least his weird definition of that word) was placed above all. As an owner, he was always (always!) in control of the ship, even when the ship was on fire and hitting an iceberg. Was he impossible to work with? I’m sure he was. He did not merely have more power than anyone else in the organization; he had more power than the rest of the organization combined. If God had wanted to trade Cliff Branch, he had to convince Davis first. And Davis probably would have said no.

Certainly, Davis did some troubling things during his 49-year tenure with the Raiders. Even his friends considered him ruthless, and Davis probably wouldn’t have been friends with them had they thought otherwise. Marcus Allen gave an interview to ABC in 1992 in which he openly claimed that Davis was trying to destroy his life and ruin his legacy, even though Allen had essentially won Super Bowl XVIII for him. It occasionally seemed like Davis was trying to wreck the NFL out of spite; no man ever made Pete Rozelle’s life more complicated and less comfortable. (Although it must be noted that upon Rozelle’s unexpected resignation, Davis was the first person to shake the commissioner’s cigarette-stained hand.) His behavior was impossible to predict. He enjoyed holding grudges. His clothes seemed to matter more than half the players he ever drafted. He was my favorite owner, ever. I have no idea if he was a good person.

When writing about the history of any sport, it’s common to use the phrase “the modern era.” What those words signify is the historical point where a game begins to resemble whatever it is now; in pro football, we often use the advent of the Super Bowl, the AFL-NFL merger, or the 1978 rule changes that opened up the passing game. However, football is still relatively young. Someday (unless America becomes a dystopia), it will be hundreds of years old. Someday, it will be ancient. And when that moment is reached, the so-called “modern era” will be defined as starting today. It will begin with the death of Al Davis. He was the final survivor of pro football’s seminal period; he designed the way aggressive teams play, he was the heart of the AFL, and he was the last man to carry the total burden of a team for his entire adult life. He was the Raiders. That’s a cliché, but it’s absolutely true. There was no one else. In his final years, Davis looked strange. He looked like a skeleton. He looked a little like the logo on the Raiders’ helmets (all he needed was the eye patch and the knife). He physically became what he emotionally was. And that will never happen again. From here on out, it’s just football.