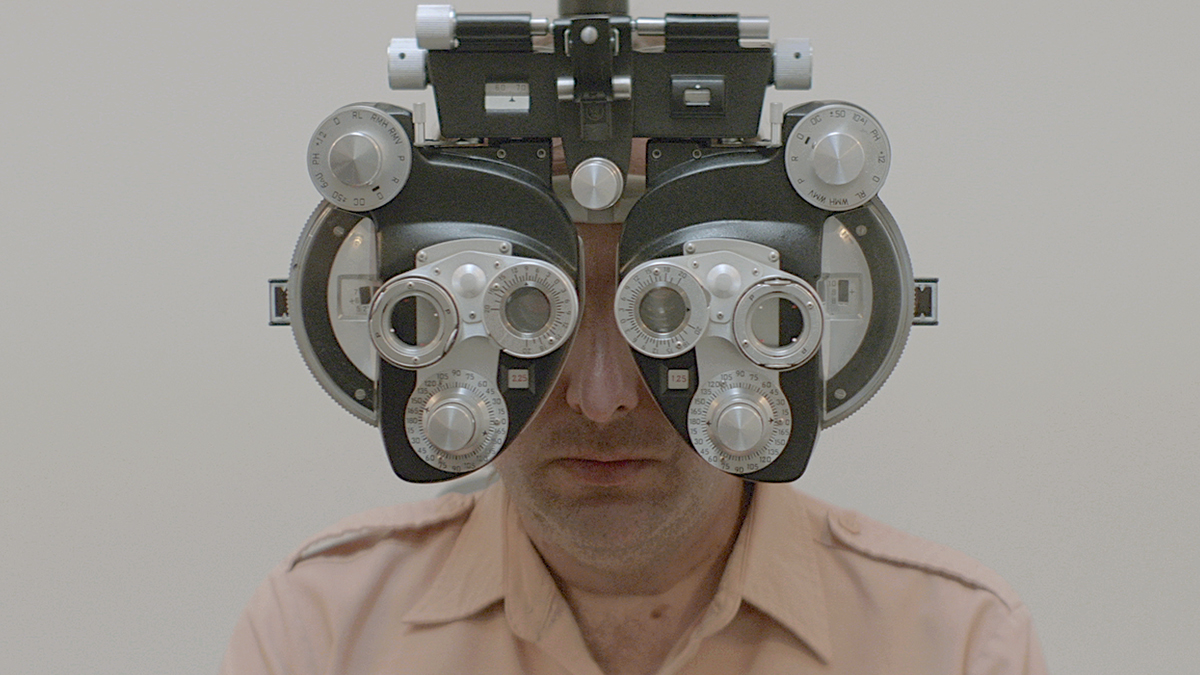 In hell’s dingy comedy club, Neil Hamburger takes the stage each night, forcing audiences to confront the life they once lived. Still there are laughs — after all, this is a crowd that wound up in hell. A sample of his devilish comedy:

What’s the difference between Courtney Love and the American flag?

It would be wrong to urinate on the American flag.

For the living willing to challenge themselves, comedian Gregg Turkington tours the country as his tuxedoed alter ego Hamburger, delivering one-liners with nasally sadness. Audiences shell out to see Hamburger nose-dive with sets that would make Rupert Pupkin bite his lip. Though Turkington’s found success in his own shoes, acting in film and television, writing, and working with musicians, his weaponized jokester is the star.1 Neil Hamburger commands attention and remains an ever-changing creature, 20 years spent warping American pop culture with a fun-house mirror.

In the age of adaptation, any recognizable face is a movie waiting to happen. Borat got a movie. MacGruber got a movie. The Lego “minifig” got a movie. Fred Figglehorn got three nightmare-fuel movies (ask your kids). Saturday Night Live was in the character exploitation business before it was cool, churning out movies like It’s Pat, Coneheads, Stuart Saves His Family, and Wayne’s World. Despite a shtick that sends sensitive souls directly to therapy, Neil Hamburger’s day in the cinematic sun was inevitable. And now it’s here: Entertainment, a 2015 Sundance Film Festival premiere that extrapolates Turkington’s ongoing work into a bleak vessel of human failure. That Neil Hamburger show from hell? We’re already living it. 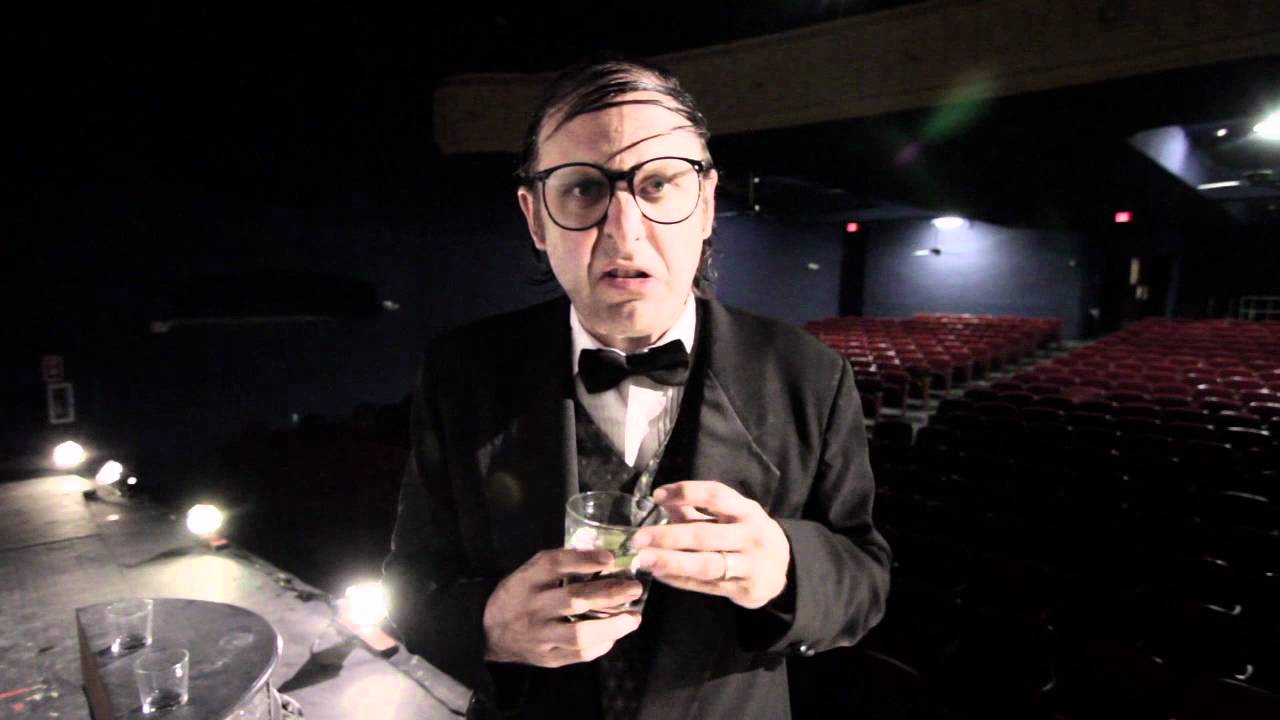 Written by Turkington, director Rick Alverson (The Comedy), and regular associate Tim & Eric’s Tim Heidecker, Entertainment follows a Hamburger variation, dubbed “The Comedian,” as he travels across the Southwest, wisecracking in bars, restaurants, and maximum-security prisons. Existence erodes the Comedian. Jeers from the crowd seep into his offstage life, sad-sack phone calls to his daughter (who may or may not be real) go unanswered, and his road-trip encounters become increasingly extreme. The Comedian escapes with his own forms of entertainment. Each stop on the map offers a banal tour. (Come one, come all to see the oil fields from Five Easy Pieces!) At night, he tunes into (and then dreams of) a telenovela, foreign entertainment that doesn’t click with the predominantly white audiences he spends his days pandering to.

This wasn’t the first idea for a Neil Hamburger movie. Out of character and away from the Sundance bustle, Turkington says producers have reached out to him over the years with pitches in the vein of Borat. Hamburger could take to the streets, perform in mundane locations, for a pseudo-documentary comedy. But that premise violated everything Turkington saw in his character. “This guy is not funny being put in these weird situations. Whereas when Rick and I were talking, Rick’s feeling was that this guy barely communicated offstage and was a shell of a man. That excited me completely, because that’s how I always saw it.”

An independent filmmaker with the ambition to spit in the face of authority, Alverson explores goofy concepts like he’s boating down the Congo in Heart of Darkness. The Comedy begins with Heidecker’s Cartoon Network–approved material, irony and affected non-comedy, and ends with condemnation and comedic terrorism. (As our own Steven Hyden described, “The Comedy pushes this self-flagellation to the extreme edge of tolerability, and then swan-dives into the pitch-black abyss.”) Alverson and Turkington take a reverse approach in Entertainment. The Comedian is sympathetic to the point of pity, testing audiences with taboo. His act and his life implode, sucking up the world around him like a dying star. Neil Hamburger is the unknowing catalyst for cultural extinction. 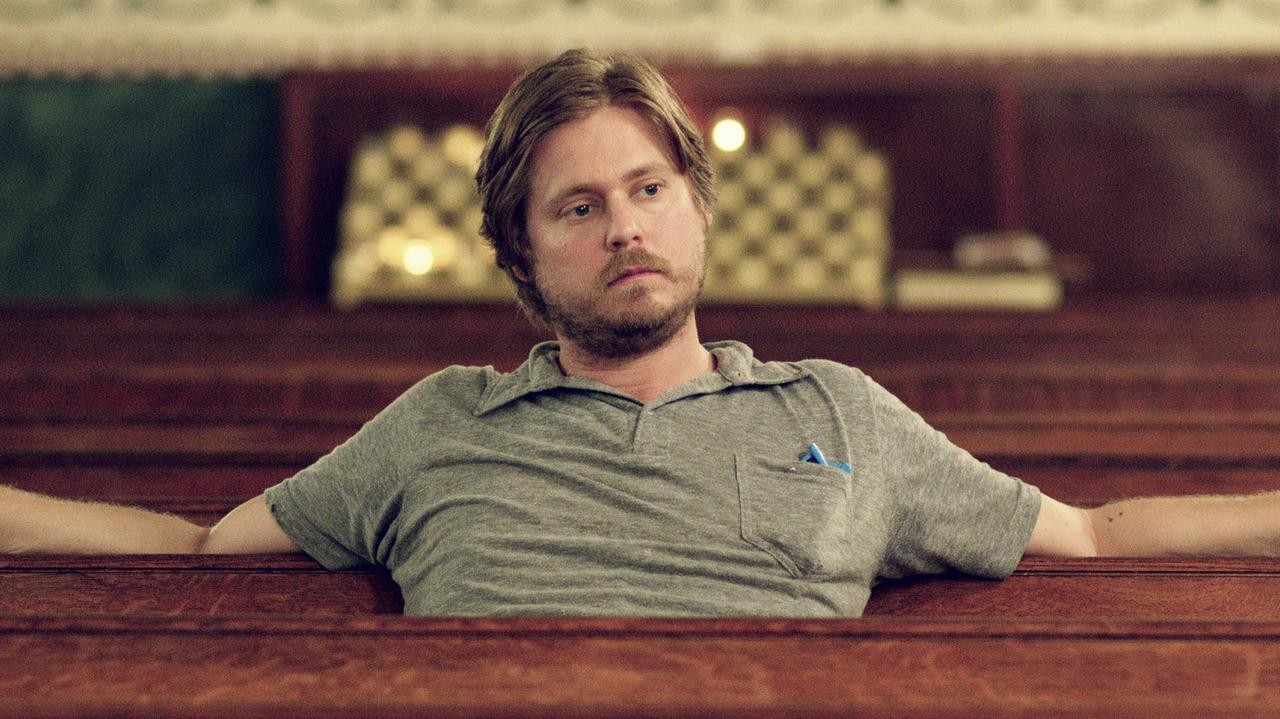 “Everything about this was to let this man collapse in a place where the audience could then feel that sort of elevation of self,” Alverson says. “Then when you put them there, you can sort of fuck with them a little bit, so they question that relationship and what that does.” Entertainment boils down to a game of attraction-repulsion, whiplashing the audience’s connection to Hamburger for a surreal and visceral experience. “Gregg does this in his performances. They’re highly orchestrated about letting people go, letting it go slack, letting it become tedious, and then bringing them back in. That kind of orchestration and dance is important.”

What do you get when you cross Elton John with a sabretooth tiger?

I don’t know, but you’d better keep it away from your ass.

Neil Hamburger first appeared on Turkington’s 1992 album Great Phone Calls Featuring Neil Hamburger. At first, the prank calls were for personal amusement. Only on a friend’s suggestion did he plug in a recorder and tape them for posterity. On “Nationally Known Comedian,” Turkington dials a comedy club and blurts, “Neeeeeeeiiiiil Hamburger!” — an improvised name for a late-night regular and available dishwasher. (He really needs the cash, but hey, he’s been on Letterman!) Soon, Hamburger became an exercise in form. On 1996’s America’s Funnyman, Turkington experiments with pacing and tone, adding canned laughter to replace the absent punch line, giving listeners a meta-perspective. The comedy runs deeper than language, the traditional building block of great stand-up.

Two decades later, Entertainment emerged between takes on The Comedy (as did Heidecker and Turkington’s film-centric podcast On Cinema). The picture would amount to Neil Hamburger’s “ultimate culmination,” twisted by Turkington and Alverson’s “very healthy disgust” for problematic, contemporary culture. “[The Comedian] is highly developed and highly crafted, a chiseled, evolved character that Gregg has been at work on,” the director says. “And we took that and put it in a very particular context. We let it do exactly what it does onstage.”

What it does is wake audiences out of their easy-to-digest entertainment malaise. Along with his touring partner Eddie (Tye Sheridan), a clown-nose-wearing, jig-dancing jester, the Comedian pushes entertaining to a breaking point, a juvenile nadir that’s deprived of substance. At two distinct points in the film, the Comedian and Eddie both resort to extended fart noises to get a rise out of their zombie onlookers. Alverson happily admits that the film is designed to create problems in the viewer. “That’s where its vitality comes from. That’s actually contributing to a person’s perspective. That’s what we want when we see something. We love that restless feeling that a movie could give you. That restless kind of uncertainty is difficult to pin down. It feels alive.”

Why does E.T. love Reese’s Pieces?

Like Hamburger’s act, Entertainment preys on tropes. The erudite Alverson talks of the American West, a picturesque vision known from the movies. If John Ford or Howard Hawks shot today’s Mojave Desert, it would look like Entertainment’s grimy exteriors, seen rapidly decaying around the Comedian. The film’s wide, symmetrical frames tether it to that history and comfort the mind — the ideal state to upset with uncertainty and vulgarity.

Entertainment’s images can be taken quite literally. Because Alverson really, really, really hates metaphors. In his mind, they’re a cheap misdirect, a way for two people to avoid communication and convince themselves of understanding. “We go on our way and nothing’s fucking accomplished,” he says. It all goes back to an archaic literary narrative, one that’s still providing Hollywood’s commercial films with a backbone. People ask, What is this about? and What does it mean? and cower when movies try to batter them around. “They’re thinking in a literary sense when really they’re having this sensorial experience. They’re hearing things and seeing things, all of these formal elements that are really affecting them.” A key scene in Entertainment sees the Comedian sitting in on a talk on color psychology, the idea that red could anger a person, blue could calm them. Alverson plays with his palette throughout, poking us with a silent spectrum while Turkington screams profanity in a dimly lit bar.

Avoiding literary laziness means rejecting scripted dialogue. Turkington’s prewritten stand-up, plus key lines for costars John C. Reilly and Michael Cera, bumped Entertainment’s script up to 47 pages. Compare that with The Comedy’s 16 pages and Alverson’s latest starts looking like Mamet. Improvisations allow Entertainment to ebb and flow, building off energy easily stunted by mechanical dialogue. In scenes where Hamburger performs, three drinks and a microphone always in hand, Alverson asked his faux audience extras to react naturally. It’s like America’s Funnyman with the blank space intact. “The jokes are very funny to some people, problematic to other people, but their absolute insistence on repetition and merciless repetition is really where the change occurs in the audience,” says the director. “I saw [Turkington as Hamburger] perform for an hour in Richmond, Virginia, and the longevity of that thing just increased the joy and discomfort.”

No one expects a Saturday Night Live movie to placate the audience to the point of introspection. Wayne’s World nailing a “Bohemian Rhapsody” lip-sync is just fine. But Saturday Night Live movies, and a majority of character vehicles, even the funny ones, ignore the core of their characters. Neil Hamburger is a mining drill built to penetrate the walls between happiness and truth. His declarations often involve semen, but it works because Turkington never lets up. Both Turkington and Alverson compare Entertainment’s style to a filmmaker whose films involve far less excrement: Robert Bresson.

Turkington relates to Bresson’s Au hasard Balthazar, specifically the film’s second lead: a donkey exploited by cruel masters. “I thought, This is one of the greatest performances I’ve ever seen out of anyone,” he says. “[Bresson] managed to get it out of a donkey. The donkey doesn’t have to say anything. He just somehow frames it in these ways that you feel so moved by this donkey’s acting. And sometimes when we were doing another one of these scenes where I’m sitting there with a blank look on my face, I’d start feeling like that donkey, or start picturing myself as that donkey being directed by Bresson.”

What’s the worst part about being gang-raped by Crosby, Stills, and Nash?

Sundance doesn’t serve a movie like Entertainment. Few viewing experiences do. A film festival forces an audience member to catch a film, pass a judgment, jump on a bus, and catch another, often juxtaposing radically different styles before anything can marinate. Reactions from those who stuck out Entertainment’s 98-minute running time skewed negative. People felt bad. They didn’t get it. They knew the movie aimed to piss them off and it worked — end of story.

To “enjoy” Entertainment is to soak it up, then stand back from it. Step one: Allow the combined forces of Neil Hamburger’s repugnant humor and washed-out American vistas to knock you upside the head. Step two: Swap “Why?” for “How?”

Or you can just imitate Hamburger’s catchphrase: “Whhhhhhhhhy?” Because like the best and worst of sketch-character movies, Entertainment is a riot. And quotable even in its darkest moments.