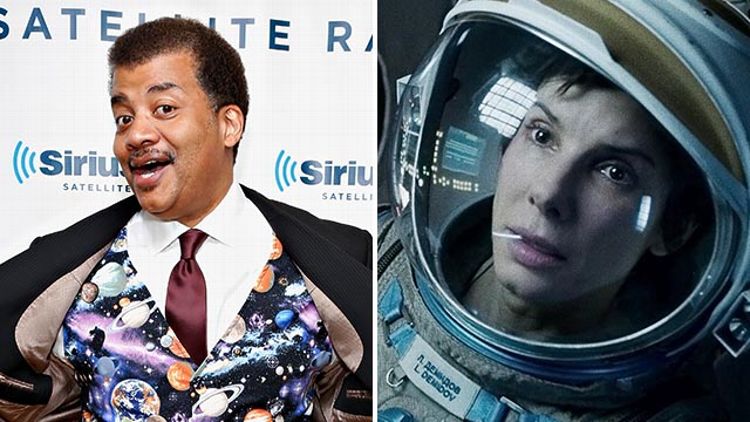 This fourth quarter of 2013 has been been filled with a number of public celebrity beefs, less notable for existing and more for how odd the participants have been. Coming off the end of summer’s Kendrick vs. all ’80s baby rappers verse, suddenly we were living in a world where Kanye West and Jimmy Kimmel were trading jabs and “Sinead O’Connor vs. Miley Cyrus” was a topical sentence describing an event that people cared about.

Not only are these all great occurrences, they’re a great setup for the latest public feud: astrophysicist Neil deGrasse Tyson vs. the critically acclaimed film Gravity.

On Sunday night, NdGT posted 20 tweets about his feelings on the film. And they’re all amazing. To the untrained eye, this simply comes off as a one-sided beef, Neil noting some flaws in the scientific merits of the film, but it’s deeper than that. Because if I’m making a movie called “Gravity” and it takes place in space, the first person I’m calling is Neil deGrasse Tyson. Even though it’s science fiction, if I’m director Alfonso Cuarón, my people are immediately getting in touch with NdGT’s people and setting up some sort of meeting.

But that didn’t happen. And now we’re left with Tyson’s version of “ethering,” via unparalleled scientific knowledge dropped in 140-character doses.

Here’s how the bloodshed went down.

The film #Gravity should be renamed “Zero Gravity”

Neil, don’t hurt ’em. But are you sure that’s what it should be called?

The film #Gravity should be renamed “Angular Momentum”

There it is, NdGT. You have to respect the “zero gravity” fake out, because right when they were about to question your scientific thugnificence, you hit them with the “angular momentum.” Classic.

The film #Gravity depicts a scenario of catastrophic satellite destruction that can actually happen.

Wait, what? I thought this whole thing was about how the movie was utterly ridiculous. I came for beef, Neil. Not factual fear.

Mysteries of #Gravity: Why Bullock, a medical Doctor, is servicing the Hubble Space Telescope.

Riddle me that, Dr. Bullock, you faux-astronautical badass telescope fixer.

Mysteries of #Gravity: How Hubble (350mi up) ISS (230mi up) & a Chinese Space Station are all in sight lines of one another.

It’s mind-boggling how you make Gravity without asking the sight-line king NdGT sight-line advice. Insulting, even.

Mysteries of #Gravity: When Clooney releases Bullock’s tether, he drifts away. In zero-G a single tug brings them together.

Been there, done that, sayeth Zero-G Tyson. Can’t you see it: NdGT sitting in the theater, surrounded by fools fawning over this film, feet up on the row of seats, deep into a game of Candy Crush?

Mysteries of #Gravity: Why Bullock’s hair, in otherwise convincing zero-G scenes, did not float freely on her head.

What, did you think NdGT wouldn’t see the film? Did you think you could just take shortcuts? And, of all the shortcuts, FASHION SHORTCUTS?

This is Neil deGrasse Tyson we’re talking about. The Fashion Killa. 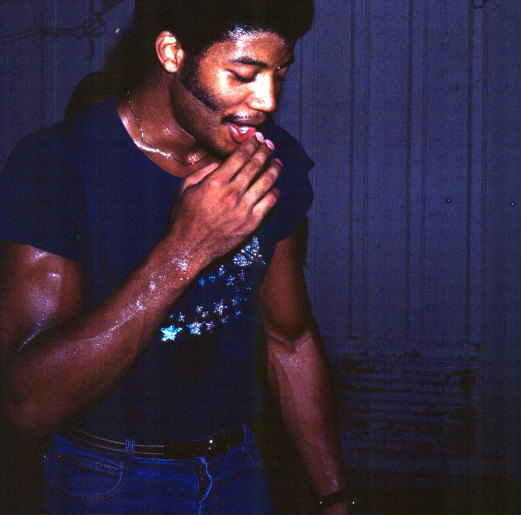 Mysteries of #Gravity: Nearly all satellites orbit Earth west to east yet all satellite debris portrayed orbited east to west

Before I continue, SEVEN-SECOND FLEX BOMB.

Cuarón, you’re crazy for this one. You really had the satellite debris going west to east? It’s hard to look at a guy the same after a mistake like that.

Just a heads-up, Alfonso, in case there’s a Gravity 2: Fire Bunsen and Beaker and hire Neil deGrasse Tyson. I know his consultation rate may be a little higher than two Muppets, but I think it will pay off in the end.

Mysteries of #Gravity: Why we enjoy a SciFi film set in make-believe space more than we enjoy actual people set in real space

Well, to be fair, Neil, real people are horrible and space science is perfect, so I don’t really follow you here. I like where your head’s at, but drop some more bombs. Like “everyone knows Versace becomes flammable upon leaving the Earth’s atmosphere; why was everyone wearing Versace?”

FYI: Angular Momentum — The tendency, once set rotating, to keep rotating, unless another force acts to slow or stop it.

Can you say ALFONSO CUARON SUBTWEET?

My Tweets hardly ever convey opinion. Mostly perspectives on the world. But if you must know, I enjoyed #Gravity very much.

This is some Hall of Fame, three-part shade. In case you’re having trouble reading between the lines, it’s a mix of “this isn’t a thinkpiece, I’m not some stupid blogger, I’m the God NdGT #factsonly,” “I’m batting a thousand,” and “this movie was cute, big day for fiction with a splash of science.”

An Orbit is a continual state of free fall, but while moving so fast sideways that the surface curves away at the same rate.

Assumedly tired of stunting on the population, he goes back to the “mysteries” series, just to remind everyone that he could go on — and on — about things that didn’t make sense in Gravity.

I tried it. It’s awesome. I must say, however, I would have appreciated a disclaimer of “when paper cup filled with water hits ground, will require clean up.”

Thought Experiment: Stand on a scale in an elevator. Cut the cable. You, the scale, and the elevator fall — scale reads zero

Imagine walking into an elevator and Neil deGrasse Tyson is inside, alone, standing on a scale, trying to cut the elevator cable. The first thought is certainly, Oh wow, Professor Tyson, it’s an honor to meet you, and the second is, very quickly, NEIL, I TRUST YOU, PLEASE DON’T CUT THE CABLE, I HAVEN’T EVEN SEEN GRAVITY YET.

That was three-weeks-worth of Tweets in one evening. Sorry to overload your Twitter streams. Good night universe.

Thank you, Neil. You truly are the embodiment of when someone stops being polite and starts getting real, all in the name of beef and intelligencia.