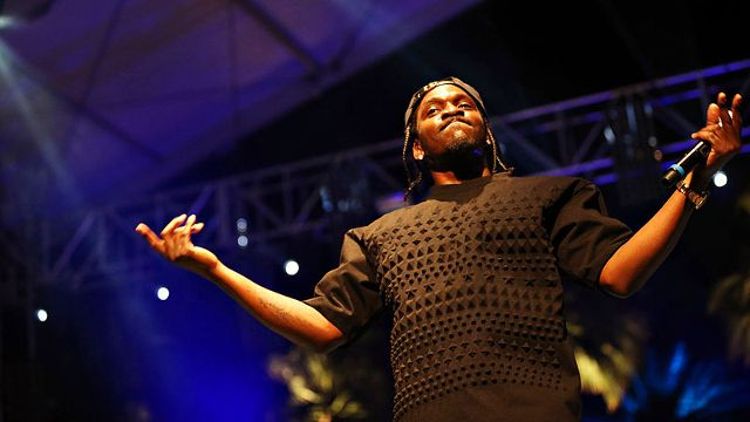 On Tuesday, Pusha T will release his first proper solo album, My Name Is My Name. I write this with a reasonable expectation that the record will actually be out tomorrow, though you can never take release dates for granted when it comes to anything involving Pusha T. Delays have long been the enemy of his discography. (For instance, the first single off My Name, the Future-starring “Pain,” dropped a year ago this week.) I know it’s unlikely that every single semitruck delivering copies of My Name to record stores arrived unexpectedly in a ditch filled with CD-eating zombies, or that all digital copies have been mistakenly deleted and replaced with files from Sting’s The Last Ship. But with Pusha T, it’s not completely impossible.

However, having heard (and enjoyed) the record immensely, I can report that My Name is consistently good, frequently awesome, and occasionally masterful. It’s not perfect: Ten out of the 12 tracks feature guest stars and one of those interlopers is Chris Brown and Pusha T does not end the song by sticking a shiv in Chris Brown. But for the most part, this is the tightest and grittiest “big” hip-hop record to come out this year. While Pusha isn’t really a star — nearly every guest is more famous than he is — he’s a charismatic antihero who draws attention by constantly underplaying his simmering malice.

As you might expect, Pusha is still obsessed with the complexities (both moral and organizational) of the coke trade. He’s also preoccupied with the brilliance of late-’80s Michael Jordan (as men in their late 30s tend to be) and the rhythmic possibilities of water-logged drum machines. But above all else, Pusha T is committed to the art of storytelling. And one of the oldest (and truest) maxims of storytelling applies to My Name: It’s always better to show rather than tell.

Take “Nosetalgia.” You’ve probably already heard plenty about this song — it’s been justifiably lauded as the standout track on My Name. I’d go one step further: It’s one of my favorite singles of the year. What I love about “Nosetalgia” is how I can see it as much as hear it. It kicks off with a rattling 808 and an elegiac acid-blues guitar lick that sounds like it was sampled from an old Isaac Hayes rehearsal tape or maybe Joe Cocker’s “With a Little Help From My Friends” (it’s actually a Bobby “Blue” Bland song). Pusha takes the first verse, describing how he was exposed to the drug trade practically from the moment he emerged from the womb (“Gem Star razor and a dinner plate / Arm & Hammer and a mason jar, that’s my dinner date”) and how it transformed him into a “black Ferris Bueller” who name-drops Ivan Drago as an expression of his cold-bloodedness. (Like I said, Pusha does not shy from dad-rap signifiers.)

In the second verse, Kendrick nods to his elder by dutifully referencing Boyz n the Hood and Stand by Me simultaneously. “You wanna see a dead body?” he says, and then proceeds to murder the song. He’s coming at “Nosetalgia” like it’s the B story in an episode of The Wire — he once was the kid stuck in the mess that Pusha talks about perpetuating earlier in the song, and he became determined to cut and stack his words in similarly potent doses. For all the static generated over his “Control” verse, I so prefer Kendrick on “Nosetalgia,” where he demonstrates — rather than pontificates on — his dazzling lyric prowess:

Every time I hear “Nosetalgia,” I want to hear more. I want to see more. I want “Nosetalgia” to be a TV show. You could hire a cast of terrific actors to re-create what Pusha and Kendrick do on this song and have enough material for 13 episodes. But I’m cool with watching these two raconteurs hash it out in the street too.