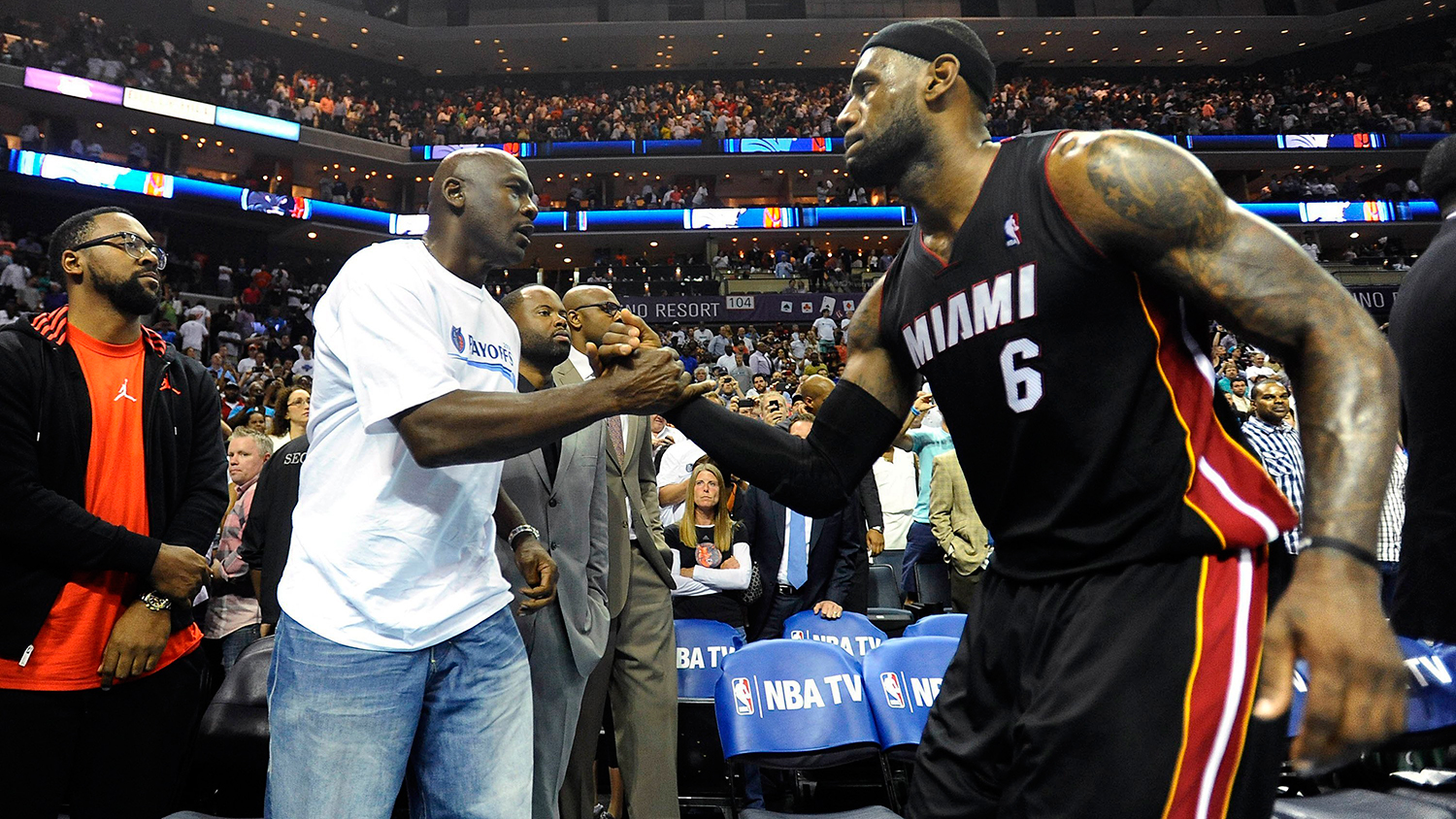 After the news this week that Warner Brothers and recent NBA Finals runner-up LeBron James’ production company SpringHill Entertainment had announced a partnership (just as Warner Brothers had re-upped its Space Jam trademarks), rumors of a Space Jam sequel were re-ignited. But while most of the Internet was lamenting the possibility that a Bugs Bunny-LeBron duo would ruin their childhoods, or concocting a dream Monstars starting five — please just send Carmelo Anthony to Moron Mountain and leave him there — we were trying to figure out the important stuff: How do you top the Space Jam soundtrack — an all-time classic, even without the movie attached? Obviously, we had to go track by track, using the original Space Jam soundtrack as a template to figure out who should keep Bron and the Toon Squad motivated, and who should give the audience the real secret stuff.

Claire Lobenfeld: Eric, I commend you for so brilliantly realizing that Future should be responsible for the SJ2 theme songs. If there’s anyone who is committed to the emotional ups and downs of space, it is him.

Eric Thurm: It’s right there in the lyrics: “Fly right into the Future!” Who better to take Space Jam into the 21st century? Also, we need to recreate that weird, beautiful moment in time when Seal did lots of crazy big-budget soundtrack stuff. By the next non-terrible Batman movie, Future has to be in a position in his career where he can cover “Kiss From a Rose.”

Claire: I don’t think Coolio and Lil B are comparable rappers, but hear me out. Lil B was in the running for being the most important pop culture figure in this year’s NBA playoffs before Riley Curry came and snatched the crown. With his long-standing commitment to basketball, particularly his Hoop Life tape, he is a natural for this soundtrack.

Eric: It’s of critical importance that we wouldn’t be able to tell how seriously Lil B was taking himself on the Space Jam 2 soundtrack. since we can never tell anyway. Lil B has the rare ability to be totally ridiculous and totally committed at the same time. He might as well call his contribution “I’m Riley Curry.”

Eric: Pitbull is above all parties, other than his own — and he takes those parties very seriously, thank you very much. Can you imagine him inviting you to “come on and slam?” Can you hear the siren song of Pitbull welcoming you to the jam? Pitbull wants you to jam — no, he implores you to jam, he demands you to jam, he barks at you: ”Come on and jam!” And jam you must.

Claire: And if there is anyone who could play the perfect foil for the party-starting proclivities of the Quad City DJ’s in the ’90s, it’s Pit. Joining forces with a truly magnetic pop icon like Nicki Minaj, whose fan base ranges from 6-96, just makes it more fun for the family. Dalé!

Claire: I’m already crying. If there is any song from the original soundtrack that deserves a faithful redux for the sequel, it’s this one. But with Frank Ocean at the helm, I can’t even talk about it.

Eric: There, there, I can take this one — wait, no I can’t, I might start crying, too. Just the thought of Frank Ocean covering “I Believe I Can Fly” is … Look, there are a lot of other R&B stars who could do a good job with this — Miguel, Janelle Monae, even The Weeknd — but do any of them have the sheer strength of will, sexy wistfulness, and emotional touch to make you really think you can soar through the sky? I thought not.

Eric: You can’t take the Monstars too seriously, otherwise the prospect that giant, basketball-talent-stealing aliens could come and devastate America’s finely-balanced pickup game economy would scare us out of ever leaving the house. This song is all about comic villainy, after all, and this posse can throw punchlines with the best of them: Run the Jewels, Freddie Gibbs, Skepta, and Vince Staples? That’s the mean team, wussy man.

Claire: Agreed. And this posse cut strikes the same, albeit less bizarre, balance as the original. Get Tyler behind the boards, as well as rapping about cartoons, and you got a classic.

Space Jam: Monica, “For You I Will”

Claire: With all due respect to Brandy, “For You I Will” solidified Monica as America’s Diane Warren-backed sweetheart. Ari has already proven herself soundtrack-ready, providing vocals for Major Lazer’s “All My Love” from the Hunger Games: Mockingjay — Part 1 soundtrack. And while she’s not quite a balladeer yet –“My Everything” is still her only real foray into the form — she’s got the pipes to bring it home here. Plus, she’s still in need of some good PR right now …

Eric: For the record, I think the music video for Ariana Grande’s track on this soundtrack should be one long shot of her seductively licking a donut. Your move, America.

Eric: Is there a man more beloved for awkwardly and uncomfortably possessing the moral high ground while simultaneously not giving a single, solitary crap than Hannibal Buress? Who else can do musical comedy so seemingly effortless that you’ll think “Hey! I could do that,” until you watch your dreams deflate like Charles Barkley’s Space Jam basketball skills?

Claire: The original was crafted to seem cutesy for the kiddies, but it had ulterior motives. Based on an old Cheech & Chong gag, and featuring the ultimate lover man Barry White, this one was clearly for the adults. If anyone right now is here for making more mommies and daddies, it’s Trey.

Claire: The universe should not do anything to bring Magic! back into the conversation. That being said, “Rude” is obviously the contemporary “Two Princes” — an obnoxious earworm about a dude being a dick to someone who matters in his lady’s life. So, give ’em the Spin Doctors assignment and forever remind them that Riff Raff will always be more relevant.

Eric: As a too-young child of the 1990s, I have nothing productive to add to this. Given the “Two Princes” vibe we’re going for here, I have to imagine there are idyllic college campuses where slightly-above-average students are currently playing hacky sack while “Rude” blasts out of every orifice not occupied by a joint. God have mercy on our souls.

Eric: Wayne Knight is the only actor from the original Space Jam who will undoubtedly return for the sequel. Stan Podolak is a king, and he deserves a song with Bugs Bunny.

Claire: Aside from punning out the ultimate song of the summer, I like this because Jidenna is aligned with Kendrick. Since Jay Z wrote Bugs’ rhymes last time around — not an indictment of the WB boss, of course; this is more of an Ice Cube writing for N.W.A. thing, not a Meek calling out Drake thing — I would like to hear what K.Dot would craft for him.