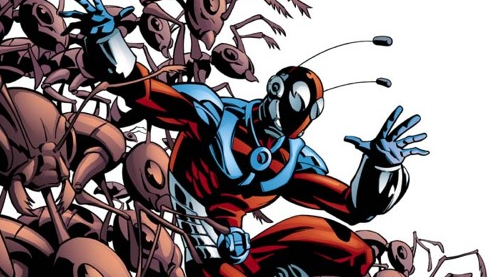 On May 22, Grantland published this story. In it, Mark Harris suggests (among other things) that if Marvel Studios and its competitors don’t stop making superhero projects that super-serve their nerdcore base while befuddling and alienating casual viewers, the whole comic-book movie economy could collapse. “Has the zeal and dedication of the fans themselves — and the attention paid to them — become the problem?” Harris wondered. It’s a question commentators on this sort of thing have been asking since Zack Snyder made Watchmen, if not before, but one day after the Harris story ran, we finally got something like an answer, when Marvel Studios and director Edgar Wright jointly announced that Wright would not be directing the big-screen Ant-Man adaptation that Marvel still plans to release next July. The names of three potential replacement directors began circulating; and with Anchorman’s Adam McKay having taken himself out of the running over this past weekend, the race to be the director who fills in the spaces around the effects shots is now apparently between Zombieland’s Ruben Fleischer and Dodgeball auteur/S.S. Minnow survivor Rawson Marshall Thurber. Which is weird, because the guys who did Season 4 of Community are presumably still available, as is the director of this.

By his own account, Wright first proposed his Ant-Man movie to now–Marvel Studios head Kevin Feige over lunch at Comic-Con in 2004. The Hot Fuzz director has been semiofficially attached to the project since around 2006, although Marvel didn’t announce a firm release date until six years after that. The delay was in part so that Wright could go off and wrap up his so-called Cornetto Trilogy with last year’s The World’s End. “Kevin Feige and [Marvel Studios co-president] Louis D’Esposito said they understood,” Wright told Deadline Hollywood in July 2013. “We’ll see you in a couple years, they said.” Earlier that year, Feige told MTV that Wright’s interest in the character was “the only reason we’re making this movie.”

We understand, they said. We’ll see you in a couple years, they said. You’re the only reason we’re making this movie, they said. Retroactively ironic quotes like that are the stuff geek-martyr narratives are made of. Wright’s Ant-Man will play forever at a sad speculative film festival in the Internet’s hive-mind, on a bill with Jodorowsky’s Dune, Guillermo del Toro’s At the Mountains of Madness, and Tim Burton’s Superman, But Played by a Crazy Guy With Male-Pattern Baldness. So far no one’s spoken on the record about how exactly Wright and Marvel came to differ creatively after seemingly being on or near the same page for a decade. It’s been suggested that Wright walked after higher-ups at Disney (which, full disclosure, owns Grantland as well as Marvel) commissioned a last-minute revision of his and Joe Cornish’s screenplay, reportedly to be done by Eric Pearson. Pearson wrote all but one of the straight-to-video Marvel One-Shots digital shorts and was presumably tasked with making Ant-Man play more like a Marvel Cinematic Universe movie and less like the quirky, Elmore Leonard–esque crime-action comedy Wright had been talking about making for years. (According to Ain’t It Cool, the draft that pushed Wright out the door placed a studio-mandated emphasis on “current cultural references.”)

When Wright signed on, Iron Man was still two years down the road and Marvel was an upstart studio looking to build buzz with help from cool directors. In 2014, it’s a Disney subsidiary with a slate of interlocking super-tentpole movies whiteboarded up through 2021, by which time all our moviegoing decisions will be determined by the iron will of Ultron anyway. In a plan that complex, there can’t be much room for the potentially boat-rocking visions of auteurs, no matter how much fan loyalty they command. The analogy you hear most often is that the MCU films have become like a giant TV series with Feige in the showrunner’s chair, and that writers and directors who participate in the process are required to deliver a brick that fits in the wall. Consistency matters. And these movies are all so intertwined from a business/perception perspective that Marvel can no longer afford to roll the dice on a hip, genre-subverting superhero film that might not do Winter Soldier numbers on its opening weekend. Letting Wright walk away makes Marvel look bad to film-geek Twitter, but if the box-office headline after Ant-Man opened were anything but ANT-MAN SQUASHES COMPETITION, it would call into question the viability of the whole Movieverse.

It’s been suggested that instead of moving forward without the person whose involvement was the sole justification for making Ant-Man in the first place, Marvel should just bag it and find something new to spend the money on. And sure, yes, if we’re pipe-dreaming, it would be swell if tomorrow they decided to go nuts and give Jennifer Lee $100 million to make a Frozen-style postfeminist-princess movie set in Attilan, the lunar kingdom of the Inhumans. But that won’t happen, because if the studio scuttles Ant-Man, it will be admitting that Wright was the only reason people cared about the movie in the first place, which would undercut the notion that Marvel’s IP portfolio is a $4 billion treasure trove of characters whose movies will practically direct themselves. So instead, next July, we’ll get a not-that-funny Ant-Man movie, possibly by the guy who brought you We’re the Millers, even though Marvel doesn’t really want to make it any more than we really want to see it. And no one wins but Thanos.