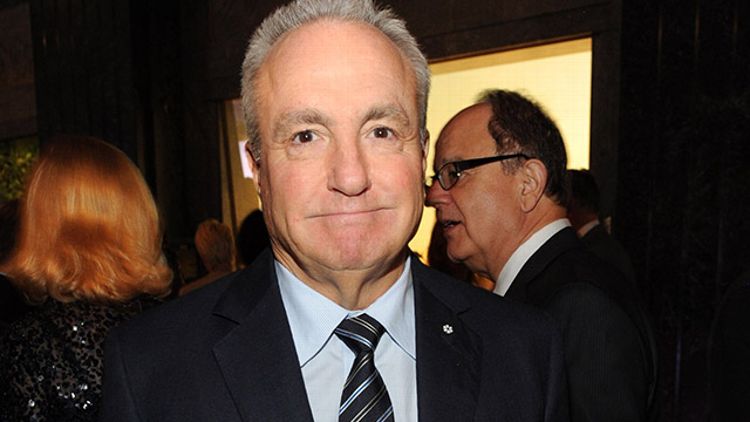 Yesterday, late-night television historian Bill Carter tweeted that Lorne Michaels himself had told him that Saturday Night Live was indeed auditioning black female comedians to join the show’s cast in January. According to Carter, the final auditions will be held on the SNL stage Monday night. Calling the auditions “secret” is a slight misnomer, as all SNL auditions are held in extreme secrecy. Comedians and sketch writers are mysteriously summoned to Michaels’s fortress of Lorneitude, where they go through the various gauntlets, like doing impressions and performing original characters. Exactly how Michaels selects the tributes is protected by the veil of silence that cloaks the show. It’s harder to critique the selection process when the selection process isn’t very well understood. I mean, comedy is subjective, and whatever instincts steer Michaels are sometimes dead-on. Other times? Not so much. Ever since its inception, SNL has been accused of losing its mojo with every new batch of cast members. Although Michaels places himself as the untouchable magistrate of his empire, it’s obvious he keeps his ear to the street on some level, even if underlings on the NBC payroll, like so many fawning Stefans, are the ones feeding him info about hot UCB troupes and up-and-coming stand-ups.

Whenever an SNL cast graduates, the audience naturally feels slightly ill at ease — it’s an acknowledgement that we’ve all lived through another contract length. By the time they are seniors, the most successful cast members have amassed a roster of catchphrases and clips they can put on their GIF résumé when they trod out into the real world, hungry for good roles in movies. You forget what it was like to see baby Kristen Wiig or tiny Bill Hader appear onscreen for the first time, because you’ve become so accustomed to their faces and characters. The familiarity offered by the gang of pseudo-friends who haunt the televisions of homebodies every Saturday night is one of the big reasons SNL was criticized for adding five new white guys to the latest iteration of its cast. As we head into 2014, the success of television shows Scandal and Sleepy Hollow and the box-office success of The Best Man Holiday proves that audiences don’t only tolerate diversity in their mass media: They crave it. Late-night TV, which lulls viewers toward sleep, has to be simultaneously edgy and corny in a very particular way, and since premiering in the ’70s, SNL has always explored humor about race and racism. This year it became obvious that it’s impossible to discuss race in a critical and hilarious fashion with barely any minorities in the cast.

Saturday Night Live has always had problems with race and gender behind the scenes. It was widely known as a boys’ club before the ’00s, when Tina Fey worked as head writer to mitigate the climate and fostered a cast heavy on talented women. Every season the majority of cast members are white, which started to seem even more old-fashioned when shows like In Living Color and MADtv were able to lampoon cultural touchstones that SNL couldn’t go anywhere near.

The awful joke about minority cast members being made to play every single minority figure in a current events sketch was turned into a meta-sketch on this season’s Kerry Washington episode, in which Washington scrambled through costumes and voices to portray Oprah and Michelle Obama in tandem. It was a nasty defense of the criticism that the current cast, full of brand-new members, still had Kenan Thompson portraying black women in drag. Thompson unwisely made a statement that there must not be any black women talented enough to make it on SNL, prompting the Internet to rip him a new one. Brooklyn Nine-Nine‘s Chelsea Peretti hinted on Twitter that SNL producers just aren’t looking hard enough (or at all) and suggested Liza Dye. It’s been a mediocre rebooting year for SNL, and midseason cast changes have become increasingly common under a new-ish, controversial, hyper-strict contract.

In his initial dismissive statement, Michaels said, “It’s not like it’s a priority for us … it will happen. I’m sure it will happen.” Apparently, he has had time to rethink the foolishness of not making diversity a priority, or at least he wants to appease his vocal critics. At any rate, something prompted a recount, which has led to this “secret audition.” The private showcase was held at the Groundlings theater in Los Angeles, with participants notified only a couple of days in advance. Funny black women including Simone Shepherd, Nicole Byer, Darmirra Brunson, Tiffany Haddish, and Bresha Webb participated, and the results presumably won’t be announced until the show comes back from its winter hiatus.

It’s not a given that they’ll take somebody from this round of auditions, but while hiring one black woman would be a great start, hopefully it’s just the beginning of a better, more diverse Saturday Night Live. The cast has 16 members right now, and only three (Thompson, Jay Pharoah, and Nasim Pedrad) are minorities. SNL hired Pharoah as a response to the criticisms leveled at having multiracial (but not black) cast member Fred Armisen play Barack Obama. But of course, hiring one black female won’t fix everything. There have been an embarrassingly low number of Asian and Hispanic cast members in the show’s history. Maybe it’s time for SNL to take a clue from Key & Peele (whose progressive racial comedy makes SNL’s look ancient) and the Internet, where minority comedians are making their own platforms on YouTube and other channels. SNL has plenty of resources to scout new talent if it wants to stay relevant for another few decades. Here’s hoping it keeps looking harder than it has in the past, and good luck to all the ladies who auditioned the other day!