Kevin Reilly Is Out at Fox. So What Now? (For Him, the Network, and the Future of Broadcast TV) 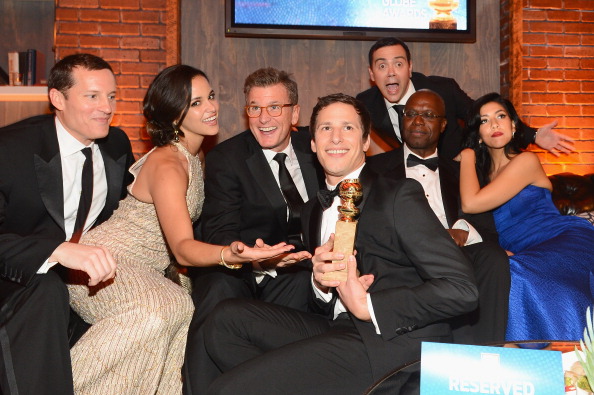 Four months ago, Fox chairman Kevin Reilly went onstage at the winter TCA conference and confessed to murder. Pilot season, he declared, was dead and by his hand. No longer would Fox engage in the industry-accepted, logic-free development circus in which dozens of scripts were turned into handfuls of pilots that, if good enough, would then earn the right to be ordered to series only to be canceled right before the entire process started all over again. It was time for a new way of doing things.

Two months ago, Reilly met me in Manhattan to record an episode of my podcast. During our nearly hour-long conversation, Reilly was spirited and passionate about Fox’s new direction. It was the sort of radical move that the modern TV business required, he said, though he was careful to add that he wouldn’t have been able to pursue his new “year-round” development strategy without the unequivocal support — financial and otherwise — of the enormous company behind him.

Less than three weeks ago, Reilly spoke to a packed house at the Beacon Theatre about his plan to “eventize” Fox’s 2014-15 schedule. This meant a new focus on limited-run — or “event” — series like Gracepoint, an adaptation of British whodunit Broadchurch; Hieroglyph, a gonzo sci-fi trifle about Egyptian gods and vampires; as well as a heavy, early investment in flashy properties like Gotham (a.k.a. Batman Without Batman). Even Fox’s new comedies were pitched less as weekly indulgences and more like appointment viewing. Mulaney, Reilly declared, was “Seinfeld for a new generation.” The ambitious Last Man on Earth came packed with an original trailer worthy of a summer tentpole.

Yesterday, news broke that Reilly had suddenly “stepped down” from his position as Fox entertainment chairman. The spin was that Reilly’s departure had been discussed “for some time,” and that he would stick around until June to help with the transition. In a leaked memo to his staff, Reilly spoke of his resignation as a difficult decision that had “weighed more heavily” upon him than any other. (Also in the memo? A cheery PS reading “Don’t go back to pilot season!”) This was, of course, nonsense. It’s quite clear that Reilly “decided” to step down in the same way that an outlaw surrounded by armed police “decides” to surrender. Firing Reilly and calling it quitting is the equivalent of tossing a parachute to a man you’ve already pushed out of an airplane.

The real question, of course, is why was he pushed, and, more specifically, why now — especially when there are still key deals to be made regarding the staffing and casting of many of the projects Reilly announced earlier in the month? In the hours since the story surfaced, there has been chatter about increasingly strained relations between Reilly and his boss, Fox Networks Group CEO Peter Rice, centered around Reilly’s refusal to go out of his way to buy or support series generated by Fox’s in-house production company, 20th Century Fox. Though some industry people claim to have had an inkling this was coming — one even cited Reilly’s body language during the upfront presentation — the Fox talent I spoke with yesterday sounded completely blindsided by the news.

But should they have been? It’s no secret that Fox’s ratings tumbled calamitously during the TV season just ended. According to Vulture’s Joe Adalian, if you remove the Super Bowl boost from the equation, Fox’s share of the coveted 18-49-year-old demographic fell 10 percent this past year. And the hits just kept not coming: Highly hyped Rake tanked, The X Factor flatlined, and, after a decade of dominance, American Idol finally cratered. (It’ll be back in January, but with a significantly reduced schedule.) But there were a number of bright spots to counter all the doom and gloom: Reilly took a chance with the wild Sleepy Hollow and was rewarded with a genuine hit. Brooklyn Nine-Nine won big at the Golden Globes (though those trophies have yet to translate into ratings). And Fox’s upfront slate was by far the most promising of any of the big four broadcast nets, with Gotham and sick-kid drama Red Band Society garnering plenty of positive buzz. The truth is, Fox’s sinking ratings were obvious months ago and Reilly’s pilot-season putsch appeared to be a bold move to address them head-on. It seems cruel, perverse, or both to give Reilly enough rope to pull himself out of the ditch only to then turn around and hang him with it.

So why is he swinging? I do think there’s some validity to the whispers about Reilly’s bad relationship with his studio, 20th Century Fox, and the role it may have played in his ouster. As ratings (and their attendant advertising dollars) fade for all broadcasters, it’s increasingly important for networks to own their own hits. Though its audience has dwindled significantly, New Girl remains a bedrock of Fox’s schedule primarily because every cent it generates stays in house. By contrast, House M.D., for years one of Fox’s most reliable performers, was produced by NBC Universal. You can’t fire an executive for making money, but you can certainly question his judgment when he’s making it for someone else.

Before decamping to the executive suite, Reilly worked in development, meaning his allegiance tended to belong to the best possible show, not the most potentially profitable. This, plus his desire to thumb his nose at NBC — the employer that unceremoniously fired him after he had championed The Office, 30 Rock, and Friday Night Lights, among other greats — often put him at odds with his employers’ bottom line. Brooklyn Nine-Nine, Mulaney, and the most personal of Reilly’s passion projects, The Mindy Project, were all NBC Universal properties that had been passed over by the Peacock. Every dollar Reilly threw at those shows — out of either good taste or spite — was one not spent on a 20th production. There’s some evidence that Reilly was attempting to mend fences: He gave Dads a year more than it deserved and threw a lifeline to Backstrom after CBS passed on it (though not, it should be noted, to another 20th priority: How I Met Your Dad). Additionally, according to Vulture’s Adalian, Reilly was at least willing to consider a second season of 20th’s Enlisted, a wonderful show that he had abused worse than Dr. House did his precious Vicodin. Still, it appears to have been too little, too late. There’s no question the studio wanted an ally at the helm of the network, not an aesthete. And it didn’t appear in Reilly’s nature to make decisions with his wallet instead of his heart. The aforementioned Gotham and Red Band Society? They come from Warner Bros. and ABC Studios, respectively.

Still, this is only part of the reason why Reilly is unemployed today. The larger issue is one of vision. In my conversation with him, Reilly seemed ecstatic about network television’s potential but refreshingly blunt about its current predicament. There are some hard truths that are self-evident — such as the cratering ratings for all networks and the need to break bad habits like pilot season and the dependence on the outmoded Nielsen boxes — but can’t be voiced publicly. Reilly’s greatest sin was taking the long view in a business that still lives or dies on the overnights. (His second-greatest sin? Dads.) As a fan of television, he was smart to concern himself with the industry’s uncertain future. But as the employee of a publicly traded company, he was foolish to dismiss the growing concern about his own network’s present. It’s worth noting that Bob Greenblatt and Paul Lee, Reilly’s peers at NBC and ABC, respectively, were both considered far more likely to lose their jobs in the past year and yet both recently signed contract extensions. It appears there’s real value in fiddling while Rome burns, provided the tune you’re playing is sufficiently upbeat.

There was some speculation that FX chairman John Landgraf might be in line to take Reilly’s job, but why would he ever consider something so foolish? At FX, Landgraf has every luxury that Reilly was denied: creative freedom, corporate patience, and, best of all, the ability to invest in things that are only hits by modern metrics. The Americans is critically adored, a reliable generator of tweets and tumbles, and tends to do very well after three weeks of DVR data is gathered. None of that changes the fact that it averages an anemic 1.3 million viewers on the nights it originally airs. A move across the hall would require Landgraf to rewire his brain; he’d have to morph from a bullheaded innovator to a glad-handing pragmatist. Network television still has the biggest purse strings, but also the biggest headaches. Not even a giant raise could cover the cost of the necessary aspirin.

Reilly himself will easily land on his feet. With his deep industry connections, a bullshit-free demeanor, and an unassailable love of the medium, he’ll be in high demand by the same new media companies he had recently been attempting to outfox. Netflix would be extremely smart to hire him. Amazon would be incredibly stupid not to. The real question is what Reilly’s departure means for Fox. Rice and his boss, the fearsome Rupert Murdoch, are unlikely to demonstrate much patience with grand experiments like Gracepoint should it stumble early, and will most likely prove immune to the argument that being in business with someone like Mindy Kaling has tangible value regardless of the ratings. I predict creative retrenchment across the board. (Got a potential cop or doctor franchise or maybe a guy-skewing comedy? Start postmarking them to Century City now.) And, yes, I would expect pilot season to return in some form, if only because Reilly’s replacement — my money’s on 20th Century chairwoman Dana Walden — would be foolish to walk in the door ready to fight another man’s war.

But the reality is that all networks, even hoary CBS, are moving toward a strategy of year-round development and “eventizing” their lineups in a manner that echoes Reilly’s intention, if not his volume. Change is coming to broadcast TV, no matter what you call it and no matter how much the corporate overlords might want to ignore it. There’s no guarantee that Reilly was the right man to steer Fox through the next few tumultuous years. His track record was often spotty, his prize horses regularly came up lame. (This is a guy who bet big on The Mob Doctor, Terra Nova, and I Hate My Teenage Daughter.) His true value was a willingness to treat a festering wound with something more aggressive than Band-Aids and denial. Ultimately, Reilly’s long-term prescription was deemed too risky and too expensive to pursue. But when all is said and done, I fear the cost of losing him is likely to be much, much higher.

Video on Demand Report: The Other Guy From 'Magic Mike' Falls in 'Endless Love'