Video on Demand Report: The Other Guy From ‘Magic Mike’ Falls in ‘Endless Love’ 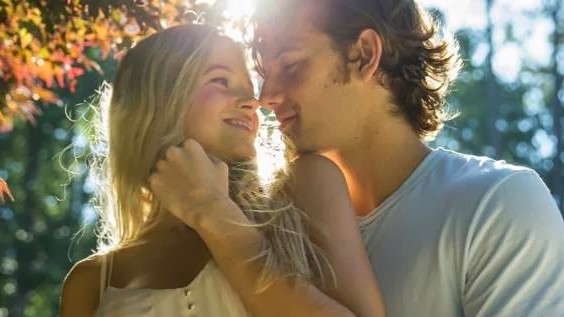 Movie girls have found themselves caught in the middle of their protective dads and irresistible boys at least since Dirty Dancing, and for all I know probably before that. But there’s always more material to be mined, which is why this Valentine’s Day brought us Endless Love, now available to watch at home.

Based on Scott Spencer’s novel of the same name (which was already adapted as a film in 1981, by Franco Zeffirelli), Endless Love is the story of Jade (Gabriella Wilde), a beautiful high school senior with a tragic story: She’s recently lost her brother Chris to cancer, and she has ended her time at school lonely and friendless. She does have a secret admirer in David (Magic Mike’s Alex Pettyfer), and when circumstances throw them together at the fancy restaurant where her dad can afford to dine (and where David works as a valet), first love blooms.

Unfortunately, Jade’s father, Hugh (Bruce Greenwood), has a lot of expectations for Jade, which don’t include her taking up with a kid from the wrong side of the tracks. Will Jade follow her father’s path for her … or her heart?!

Wesley Morris: “The new movie throws in one friend (Dayo Okeniyi) for comic relief and one (Emma Rigby) for sexual comedy. The latter is a jealous ex — and brunette — who at some point finds herself on the edge of a bed with her chest and lips puffed out and stomach sucked in, while, in the right of the frame, Pettyfer stands in the bathroom staring forlornly into a mirror. That’s not a movie scene. It’s a Guess Jeans ad.”

Romantic comedies throw their characters together for meet-cutes of all sorts. This is the first one I’ve heard of when the inciting incident is a husband’s debilitating stroke.

In Run & Jump, Vanetia must try to put her life back together after her husband, Conor, suffers a stroke that puts him in a coma and requires months of rehab after he regains consciousness. When she’s able to bring him home, they’re joined by Dr. Ted Fielding (Will Forte), a neuroscientist who’s gotten a grant to study and film Conor’s recovery. But as it becomes clear that Conor may never be his old self again, Vanetia comes to value her deepening relationship with Ted.

Between his patrician background, dalliance with film, and role as a progressive writer and spokesperson, Gore Vidal lived one of the most exciting lives of the 20th century. Fortunately for us all, he was able to record several interviews for this documentary before his death last year.

Available to rent the same day as its theatrical release, Gore Vidal: The United States of Amnesia tells the story of Vidal’s life with his own anecdotes, clips of the high points (like his verbal takedowns of macho icons like Norman Mailer), stories of the lows (his first novel getting blackballed for its gay content), and scenes from the films he wrote, political campaigns he ran, and much more.

Kevin Reilly Is Out at Fox. So What Now? (For Him, the Network, and the Future of Broadcast TV)