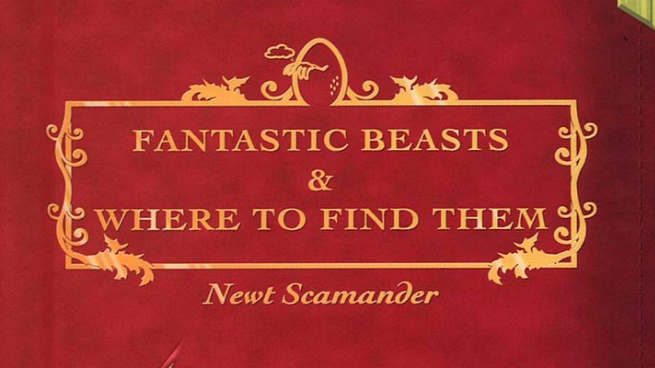 Over the weekend, the New York Times ran a profile of Kevin Tsujihara, who became CEO of Warner Bros. a year ago. Much is made of Tsujihara’s mild-mannered non–Harvey Weinstein-ness, and he’s credited early on with convincing J.K. Rowling to add a new room to the $7.7 billion Harry Potter movie house, a prospect most people thought unlikely or impossible. “When I say [Tsujihara] made Fantastic Beasts [and Where to Find Them] happen, it isn’t P.R.-speak but the literal truth,” Rowling tells the Times via email. “We had one dinner, a follow-up telephone call, and then I got out the rough draft that I’d thought was going to be an interesting bit of memorabilia for my kids and started rewriting!” (Also under Tsujihara’s belt: the $400 million global success of The Lego Movie.)

Then, buried deep down, is the factoid that not only will Fantastic Beasts exist, but “three megamovies are planned.” As announced when the project was unveiled last September, Rowling will write the first film, set in New York in the early 1900s. Fantastic Beasts won’t involve Harry or any of his magical mates; it’s based on a textbook the Boy Who Lived consulted during his years at Hogwarts. The fictional tome’s author, magizoologist Newton Artemis Fido “Newt” Scamander, will be the trilogy’s protagonist. The original, real-life version of book was published in 2001 and is essentially plotless, leaving us all in the dark as to where the action will go.

One direction we don’t have to guess about is Hollywood’s growing propensity for expanding a little source material into a lot of movie. It felt variously egregious when the final Harry Potter, Twilight, and Hunger Games books were chopped into money-grubbing two-part finales. (Divergent, it’s not too late to go against the grain!) Then The Hobbit, which clocks in at a brief 300 pages in most editions, got trilogized too. (Also at Warner Bros.) Now we’ve got a 42-page Rowling curiosity being grown into three movies — or more, depending on how quickly those billions start stacking up. (And, Dumbledore have mercy, there’s also Quidditch Through the Ages waiting to be given a plot and a $200 million production budget.)

None of this is to say that Rowling’s first screenwriting work will birth an uninspired wasteland — although now is as good a time as any to mention that Warner Bros. has never shied away from the fact that it’ll meld Fantastic Beasts and Where to Find Them into new video game properties, toys, and Wizarding World of Harry Potter theme park expansions. Because Potter is forever. Just like money.

Filed Under: Movies, fantastic beasts and where to find them, J.K. Rowling, kevin tsujihara, Warner Bros.