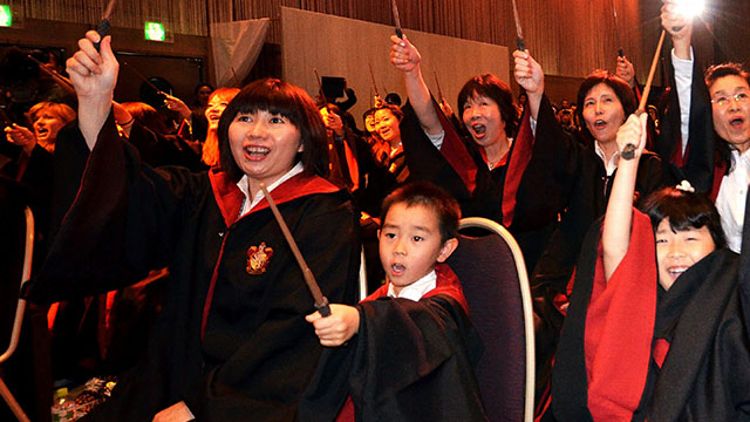 Between 2001 and 2011, Warner Bros. released eight films with the name “Harry Potter” in the title. The franchise took over an entire decade and became the highest-grossing film series of all time, raking in $7.7 billion-with-a-B internationally. The final installment, Harry Potter and the Deathly Hallows Part II, was the highest-grossing of all, with a domestic take of $381 million; the series was forced to end because there was no more book to adapt, not because it was anywhere close to overstaying its welcome at the box office. So, naturally, it only took two years for Warner Bros. to fire up the mint again — this time in a way that could potentially run until the last dime has been milked from the last standing Harry Potter fan in a postapocalyptic desert wasteland future where everyone not safely housed within the confines of a studio-owned theme park has died from starvation and/or exposure.

If I sound cynical, it’s because I’ve used up all my benefit of the doubt for financial strategies disguised as fan service on Disney’s revitalization of the Star Wars franchise into a 21st-century pop culture product assembly line. And in many ways, the recently announced J.K. Rowling–penned Potter spin-off series sounds like WB’s answer to that all-but-guaranteed windfall: With no number of films specified that Rowling has been contracted to write, we are to assume that this will just go on as long as it’s profitable to all involved parties. The series, based loosely on Harry’s Hogwarts textbook Fantastic Beasts and Where to Find Them, will reportedly begin 70 years before the events of Harry Potter and the Sorcerer’s Stone, and follow the book’s fictitious author Newt Scamander as he gets into magical adventures in Depression-era (I’m assuming) New York City. It is not intended to have any direct connection to the Potter saga, merely expanding upon the wizarding world whose byzantine nature and extensive lexicon and bestiary grew exponentially with each of the original novels. If you enjoyed the Harry Potter story for its characters and emotional arcs, it’s not guaranteed that Fantastic Beasts will be your bag. If, however, you just want to spend more time in Wizardland, you already have midnight tickets, at least in spirit.

But that’s really where we’re going with our billion-dollar franchises anyway, isn’t it? When Samuel L. Jackson signed to a jaw-dropping nine-picture deal for Marvel’s Avengers franchise in 2009, many commented that it felt less like a movie deal and more like an actor signing on to a season of television. (A very long, very expensive, very profitable series of television.) It didn’t matter that at the time neither Jackson nor Marvel had any idea what Nick Fury would be doing after Film No. 4 (The Avengers). Studios know by now that it’s not going to be a really great plot, or even necessarily a big-name actor that’s going to bring people to the theater, it’s going to be a brand and a familiarity with a world, which is exactly the kind of mind-set Steven Spielberg warned, earlier this summer in a talk at USC, would cause a industry “implosion.”

The Hollywood Reporter also reports that WB “plans on leveraging this new series into a video game, consumer products and digital initiatives,” and that the Wizarding World of Harry Potter theme parks will also be expanded in conjunction with the films. Just as Star Wars went from three films and a bunch of dusty action figures to a digital empire that is accessible on virtually any media platform (now including Anaheim), Harry Potter has transformed from a fanciful story dreamed up by a single mom on a train to a flexible state of mind that can be overlaid onto anything from books to beans. And that’s great news for people with uncritical investments in these worlds; for a price, the corporations that own these properties will provide a safe, risk-free place for those who worship at the altars of Star Wars and Harry Potter and Marvel to dress their families up in Jedi robes and invisibility cloaks for the next couple decades. But if you consider yourself a geek agnostic — which includes anyone who read every Harry Potter book and saw every movie but maybe thought Order of the Phoenix was a little laggy and could have done with a stronger editor? — the foreseeable future of franchise films could very well leave you out in the dust.