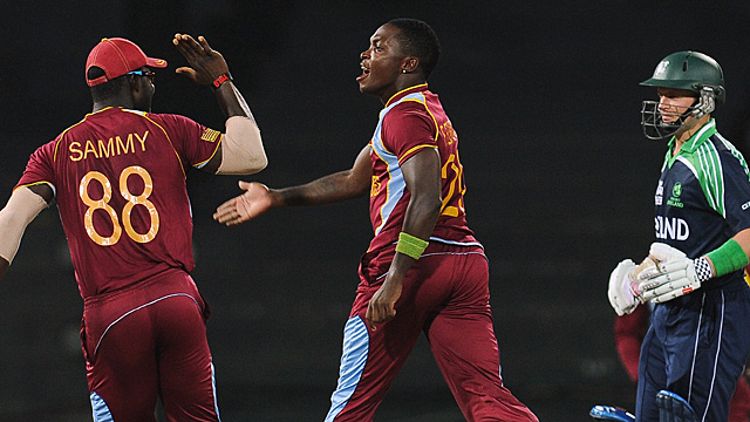 I’m not even joking. Well, maybe just a little bit, but cricket’s changed an awful lot in the last decade, and it’s entirely possible that you hadn’t noticed. I feel it’s my duty to clue you in on what’s been happening, because cricket has (much to everyone’s surprise) become a great spectator sport. How did this happen?

Ten years ago, the sport was dying, with plummeting attendance and rapidly dwindling television revenue. To counter this decline, the English Cricket Board introduced a controversial new variant of the sport in 2003. Its name was Twenty20, and in the nine years since its inception, it’s completely reversed the fortunes of the game, brought thousands of new supporters into grounds, and spawned one of the planet’s most valuable sporting leagues. All of this has been achieved by tweaking one aspect of cricket; the duration of a match.

You may remember Grantland’s last article about the sport, an epic, prescription drug-fueled account of a day spent watching an ODI (one-day international) between India and Pakistan. The ODI is (or rather was) the shortened version of the game, weighing in at a mere seven hours of cricket. Cricketing purists have been sneering at ODIs since their introduction in 1971, insisting that seven hours isn’t nearly enough time to allow the tactical nuances of a game of cricket to fully unfold. For the purist, the only valid cricketing format is the aptly named test match, taking place over five entire days of glacial, dreamlike cricketing action. Trust me; watch enough test cricket and you won’t need prescription drugs.

Purists may not approve of ODIs, but they absolutely despise Twenty20 matches, for the Twenty20 format shortens the length of a cricket match to just 20 overs per side. An over is the basic unit of cricket, consisting of six balls delivered from the bowler, so a Twenty20 match comprises a maximum of 240 deliveries, and an entire match takes no more (and often much less) than three hours — and this truncation of the game has a profound effect on the way the sport is played. In short, it makes it exciting to watch.

Cricket is a war of attrition between the batsman and the bowler, and until the introduction of Twenty20, it was always the bowler who had the upper hand. This is because a batting team needs to dig in for 300 deliveries (50 overs) in ODIs, and in test matches an inning can run to 1000 deliveries. The batting team only has 10 outs (wickets) in hand, and usually only six of those will involve competent batsmen, the remaining team members being specialist bowlers. As a result, scoring runs in traditional forms of cricket is not so much the main objective, but more an inevitable byproduct of survival; the longer a batsman hangs on, the more opportunities he’ll have to capitalize on mistakes by the bowler. But in Twenty20, the batting team only needs to survive for 120 deliveries, and this means that the hunters become the hunted; the opening batsmen are no longer required to protect their wickets for several hours, and this allows them to attack the bowler aggressively from the very start of the match. The traditional skills of the batsman — patience, timing, an even temperament, obstinacy, and a strong bladder — are no longer required. All a Twenty20 batsman needs is a wide range of shots in his locker and the ability to select the right one at the right time. You can’t afford to let a delivery sail safely past you in Twenty20; in order for a batting side to be competitive, every opportunity to score runs must be taken.

To give you an idea of just how far the balance of power in Twenty20 has shifted in favor of the batsman, consider the records for scoring in ODIs and Twenty20s. The highest score achieved in an ODI was Sri Lanka’s 443 runs (an average of 8.86 runs per over), racked up in a brutal hammering of the Netherlands’ bowling attack in 2006. The 400 runs/8 per over record has only been bested six times in 41 years of ODI competition, but in Twenty20, 8 per over (a total of 160 runs) is usually seen as a par score; the current record for the highest-scoring innings — again, held by Sri Lanka, this time at Kenya’s expense — stands at 260, or 13 per over. If high-scoring games are your thing, then the introduction of the Twenty20 variant means cricket just became 68 percent more attractive.

The other consequence of condensing the game into a shorter period is the vastly improved chance of a close contest with a dramatic finish. Cricket has always been a sport capable of providing tremendous excitement when the scores are close, but tight finishes in ODI and test matches don’t happen anywhere near often enough. The truncated Twenty20 format serves to level the playing field considerably, which not only increases the likelihood of a nail-biting finish, but also makes the outcome far harder to predict. This World Cup is a classic example, with the bookmakers unable to separate the six top sides (namely India, Pakistan, Australia, South Africa, the West Indies, and Sri Lanka, the hosts) who are all priced at between 5/1 and 7/1 to win the tournament. Then there’s England, the current world champions, who have been on a downward spiral of late but still have a decent chance of retaining their title, and New Zealand, who are unlikely to win the tournament, but are more than capable of beating any opponent in an individual match. Even the four minnows of the competition — Zimbabwe, Ireland, Bangladesh, and Afghanistan — have the potential to upset the big names.

Neutrals who want to pick a team to support — or bet on — during the tournament would do well to follow the West Indies; they’ve got as good a chance of winning as anyone, boast the most exciting batsman in the game in the mercurial Chris Gayle, and even by Twenty20 standards they’re an unpredictable bunch who will generate plenty of drama over the next month. You can follow their fortunes online, as the entire competition is being streamed live on ESPN3, and there will also be live scores, news, and statistics on ESPN Cricinfo.

Finally, newcomers to the sport will find that Twenty20 cricket has one thing in common with its stuffy ancestors: an extraordinary amount of jargon that can seem daunting to the uninitiated. However, it’s possible to break down these barriers with a handful of Wikipedia links, so should you require assistance, here’s a quick crash course in cricketing gibberish:

First of all, have a look at this diagram of fielding positions. There’s absolutely no need to remember any of it, but if you spend any period of time watching cricket you will hear a lot about slips, gullies, square leg, deep cover, and similar gratuitously arcane nonsense specifically designed to make the game impenetrable to outsiders, and it will be beneficial to be able to identify it for what it is. Sticking to that theme, open this link to the bowling wiki page, and take note of the list of bowling styles and deliveries listed in the box on the right-hand side of the page. Again, you’ll be hearing a lot about these, but don’t need any great understanding of them to appreciate the action. Finally, here’s the link to the batting page. Given the emphasis on batting in Twenty20, it’s worth skimming through the article until the strategy sections. And it can’t hurt to keep the comprehensive glossary of cricket terms handy.

Finally, a quick word about the leg before wicket (LBW) rule. This exists to prevent batsmen from defensively pushing balls away with their pads; if the umpire judges that a ball would have gone on to hit the stumps had the batsman not blocked it with his leg, then the batsman will be given out. However, this rule is subject to a staggering number of exceptions, variations, and conditions, and as a result, the Wikipedia page on it is three times longer than this article, which is already too long without getting into the minutiae of LBW. Happily, LBW calls are a product of defensive play and consequently rare in Twenty20 matches, so you shouldn’t have to worry too much about them. Suffice it to say: It’s complicated.