Why You Shouldn’t Watch the Club World Cup 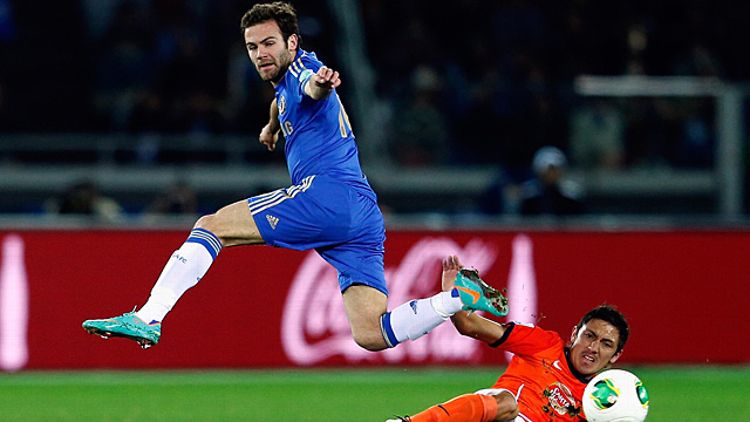 The FIFA Club World Cup. Sounds like it should be kind of a big deal, doesn’t it? After all, just four letters distinguish it from the infinitely important FIFA World Cup, and those four letters would seem to suggest an improvement on the formula: It’s the World Cup, but with club teams! Considering those clubs are competing to be crowned soccer’s world champions, surely that’s got to be an enormously important and popular competition, highly prized by elite football teams across the globe?

In theory, yes. In practice, absolutely not. In fact, Sunday’s final between Chelsea and Corinthians may well represent the least important competitive fixture of the season for the European champions. And while Brazilians supposedly value the Club World Cup highly, Corinthians come into this tournament off the back of a disappointing domestic campaign. They may be grateful for the opportunity to end the year on a high note, but should they win this weekend the title of “world champions” will have a hollow ring to it, given that they only finished sixth in their domestic league this season. As for Chelsea, the tournament is an unwelcome distraction from their own faltering league campaign, although new coach Rafa Benitez may relish the break from domestic pressures; Thursday’s semifinal against CONCACAF champions Monterrey was his first game in charge that didn’t feature thousands of Chelsea fans chanting abuse at him throughout the match, as only 900 bothered to make the trip to Japan. No doubt Chelsea owner Roman Abramovich is similarly disinterested, and Benitez’s wafer-thin job security will probably not be enhanced a great deal even if he can turn Chelsea into world champions. On the plus side for Rafa, Sunday’s game is surely the one match he can afford to lose this season without worrying if it will cost him his job.

Even FIFA seem disinterested in what should be their flagship competition, to the point where they’re using the tournament as a testing ground for two new goal-line technology providers: Hawk-Eye, the camera-based system used for line calls in tennis (and bête noire of another Swiss institution), has been installed in Toyota’s stadium, while the Yokohama stadium has been fitted with GoalRef, which uses electromagnetic induction fields in the goalmouth and a special sensor in the ball. GoalRef sounds more fun; it comes with a free watch, and will lead to lots of entertaining pitch-hacking conspiracies, probably involving Jose Mourinho acquiring the ability to control gravity. But it speaks volumes that the stakes on Sunday will be far higher for the rival tech developers than they will for the players on the pitch, as one of these goal-line gizmos will become FIFA’s preferred tech for the 2014 World Cup and surely for every major soccer match on the planet thereafter. The footballers, meanwhile, can only look forward to completing a predictable double; all nine Club World Championships to date have been won by a UEFA or CONMEBOL side, and only one team from outside those confederations has ever made the final. That team was Congolese side Tout Puissant Mazembe, who stunned Brazil’s Internacional with a superb 2-0 victory in the 2010 semifinal, notable for the greatest goal celebration ever:

That video has had 12 million hits to date, which may partly be down to Mazembe’s amazing bunny-hopping goalkeeper, but it also demonstrates the tremendous potential that the Club World Cup has to shock and entertain. Sadly, that potential will be stifled for as long as the competition retains its bizarre structure, which gives the European and South American teams a bye to the semifinal stage. Three of the seven teams participating in this year’s tournament had been knocked out before Chelsea and Corinthians had kicked a ball, and there was even a fifth-place playoff, which is roughly equivalent to having a 17th-place playoff at the proper World Cup, while giving Spain and Brazil a bye to the knockout rounds. In the essentially irrelevant Club World Cup, this system effectively guarantees a winner from UEFA or CONMEBOL, so calling the winners the World Champions is only marginally less ridiculous now than it was in the days of its predecessor, the Intercontinental Cup, which was only open to European and South American teams. While the proper World Cup can legitimately claim to be a global competition, bringing nations together, the Club World Cup makes the laughable supposed World Cups of other, less universal sports look diverse.

How to fix it? Well, I’d suggest modeling the competition on an existing, successful, and relevant competition. The World Cup seems an obvious choice, no? Stage the competition every four years, with the 24 confederation champions (or runners-up, when there are repeat winners) over the four-year period to take part, and split them into eight seeded qualifying groups of three teams, who will play each other home and away over the course of a season, with the eight group winners playing a knockout tournament during a week in June or July. Granted, this might mean that Manchester United might have to fly to Vanuatu to take on 2010 OFC Champions League runners-up Amicale FC at their glamorous Korman Stadium, but at least they would do so knowing that they were playing in a competition worth winning.