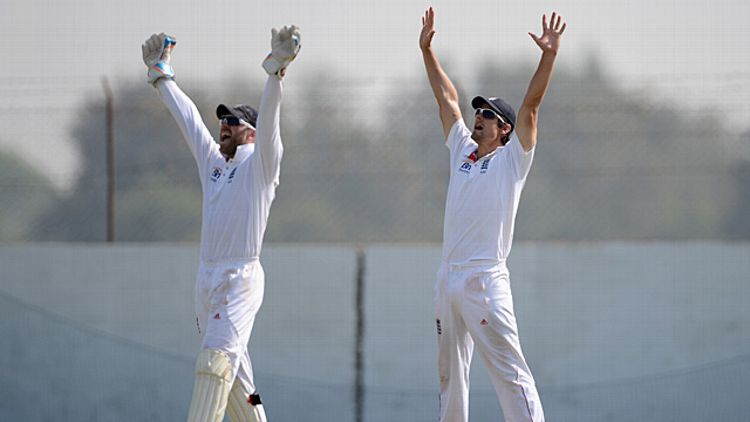 As an Englishman, I’ve grown used to sporting failure. It’s comfortable, expected, and acceptable. Where British Olympians have traditionally thrived in individual competitions, the team arena is largely one of tears and near-misses. England birthed or formalized many games but has mastered precious few.

Most rugby World Cups? New Zealand, South Africa, and Australia have two each.

Most dominant force in bandy? Russia.

We can’t even corner the market on absurd fringe pursuits. England lost the 2003 Rowenta Trophy for extreme ironing to a South African duo, though it thankfully retains the current world records for ferret legging and an iron grip on croquet’s fiery domain. It’s a relationship with sports that feels vaguely Promethean, forever cursed to royally suck at the things it created/stole/codified and, until the past few years, England’s woe has rarely been more stark than it has been in cricket. (Please, fellow soccer fans, don’t mention 1966.)

Yet in 2013, fresh off a first series win in India since 1985, there’s abundant hope when it comes to the first sport to be dubbed England’s original national pastime.

Test matches are the ultimate in slow-drip entertainment, a game of chess on grass in which drama is sporadic but truly earned. If you enjoy Marcel Proust’s In Search of Lost Time or Terry Riley’s “In C,” test matches are surely your playground. The touring English teams of my childhood were jovial, yet hapless to the point of parody, circling the globe with all the forced emotion and grim anticipation of a death-row inmate being led to the electric chair.

For nearly two decades, they struggled and strained across the sub-continents, visiting former commonwealths and ex-colonies to be battered without complaint. The chubby disbelief of Mike Gatting being improbably bowled by Shane Warne — his first ball ever delivered in England — a brash, frost-tipped Australian who’d become a legend for his ability to spin a ball and, later, marry Elizabeth Hurley. The 5-0 whitewash in the 2006-07 Ashes was only the second time in cricket history that an England-Australia series had been a clean sweep. (The first time: 1920.)

Then there was the West Indian humiliation of 1994, in which 11 waifs crumpled to 46 all out — a reasonable cricket score is 350+ runs by most metrics — against a wall of Trinidadian sound and fury fronted by the apocalyptic pace duo of Curtly Ambrose and Courtney Walsh. (Look in the video at Graham Thorpe’s thousand-yard stare at 1:50 and how the camera zooms in with Hitchcockian drama; stretch that incredulous horror over the better part of two decades.)

There were the myriad embarrassments in India, Pakistan, and Sri Lanka due to a profound weakness against spin bowling; endless capitulations on dusty, cracked pitches. England failed to win an Ashes series for 16 years, winning just seven of 43 Tests.

Yet in the past three years, the English have turned a rather major corner. They’ve become good. Not dynastically good, obviously, as they’re England — having won 15 of 22 Tests in 2010-11, it won just five of 15 this past year — but about as good as England can get. In 2012, they briefly topped the world rankings in all three forms of the game — five-day Test, one-day 50-over, and T20 — and although it’s uncertain exactly where the credit lies, there are several characters worthy of praise.

Like the German national soccer team of the 2010s, there’s a multinational feel to England’s cricket, thanks to the men at its core: public schoolboy/unflappable batting robot/captain Alastair Cook, the burly prankster Jonathan Trott, the imperious steadying forces of Ian Bell and Matthew Prior, plus a varied bowling attack of Graeme Swann, Monty Panesar, James Anderson, Steven Finn, Stuart Broad, and Jade Dernbach. There are others — incendiary batsman Eoin Morgan, the emerging Nick Compton, Joe Root, Jonny Bairstow, Jos Buttler, Chris Woakes, and Craig Kieswetter, many of whom excel in the game’s shorter forms.

Several — Trott, Prior, Dernbach, Kieswetter, and Compton — are South African-born (Morgan’s from Ireland) beneficiaries of the quirky Kolpak rule that allowed for easier acquisition of work permits and in turn, more opportunities for naturalization. (In addition to parents or grandparents, players can qualify to represent a cricketing nation if they’ve lived in that country for four or more years.)

Beyond the gradual integration of strong expats, there’s a renewed eye on scouting and youth development that was absent for decades. Players are gently worked into the international game through various academies and junior touring teams, scrutinized in detail before being undermined on the biggest stage. In the past, selecting England teams was akin to a game of darts, squads routinely misshapen, unbalanced, and hopeless.

But all great teams require a singular rallying point, beloved and admonished in equal measure. When England broke its Ashes duck in 2005, it was led by the beefy Andrew Flintoff, a working-class marvel who demolished a superb Australian team with a lager-soaked nation cheering him on. From there, a string of chronic injuries and a drunken pedalo ride saw him retire for good in 2010; he’s since tried his hand at amateur boxing. It ended in injury.

Overlapping and then outlasting Flintoff, Natal-born Kevin Pietersen is the firebrand of today’s squad. Capable of blunting any opponent with the bat, and scorer of some memorably vital centuries, he’s also the man who was briefly jettisoned from the England squad for sending text messages mocking then-captain, South Africa-born Andrew Strauss and current coach, Zimbabwe-born Andy Flower. (Though never confirmed, the “scandal” arguably nudged Strauss toward retiring as team leader and prompted waves of teeth-gnashing reflection about his future.)

In soccer, the English national team generally capitulates when scandals arise — a 2006 World Cup derailed by WAGs spending wild in Baden-Baden, the Euro 2012 campaign destroyed by John Terry’s racism scandal, and Fabio Capello’s ensuing resignation — but the cricketers rallied. In India this past fall, with a good team, Pietersen back in the fold, and a fresh focal point in the erudite Cook, England shrugged off a comprehensive defeat in the first of four Tests to win two of the next three and secure an amazing series win.

Looking ahead brings challenges that no longer seem daunting, with back-to-back series against Australia, a superpower currently coming into relevance, sure to challenge. As the Guardian’s Barney Ronay notes, the starchy stolidity of the Test cricket is at a turning point, threatened by the abridged pyrotechnics of the T20 format and this England side — one of the all-time greatest — must adapt and adjust, not just for its own preservation but to ensure the longevity of the longform.

But few are afraid as to whether it can.

English sports teams have long proved aloof to change and sluggish to evolve. The one World Cup-winning manager the Three Lions’ soccer team ever had, Alf Ramsey, won in 1966 with a mixture of rabid patriotism (playing at home helped keep the squad emotionally aware), dusty tactics, brute strength, and healthy doses of luck.

Yet the victory didn’t inspire innovation; rather, it served as proof of his outmoded concept, and over the four decades since, England’s international success was more drama than accomplishment, a natural stagnation through institutionalized ignorance.

When it comes to the cricket crease, the opposite is true. Strauss, Cook, Flower, and the selectors have never been slow to tweak teams or experiment in search of success, bringing in new players for crucial games and getting desired results. Yes, it’s wobbly and subject to self-destruction, but there still remains a buoyancy, a focus. A sense of aspiration. A good humor not seen in other England’s other sporting endeavors for decades.

James Tyler (@JamesTylerEspn) is an editor for ESPN FC. Born in England, he now lives on the fringe of Pennsylvania Dutch Country.

The Surprising Offensive Success of Andre Drummond and the Pistons' Bench