The Surprising Offensive Success of Andre Drummond and the Pistons’ Bench 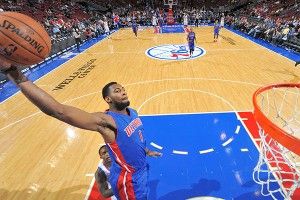