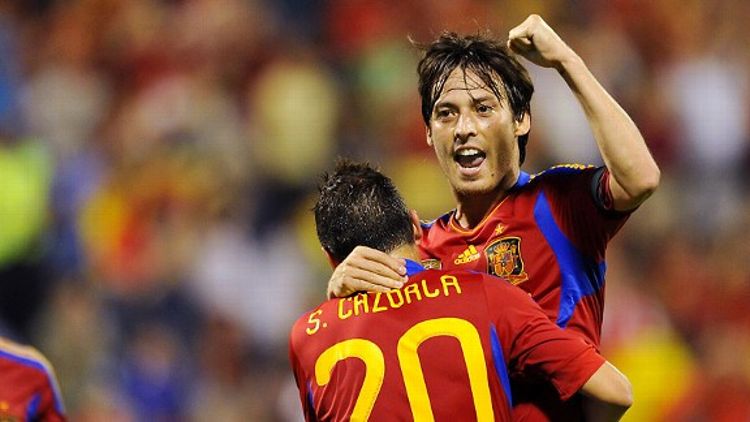 Tuesday saw a ton of international football action, as European nations wrapped up the initial qualifying stages for the Euro 2012 Finals and non-Euro national teams played some high-profile friendlies. So fire up “Sweet Georgia Brown” and let’s do some globe-trotting, shall we?

Before we zip through the matches, here’s a brief look at how qualification for the Euros (my favorite international tournament, if we’re sharing) works. There are nine groups of five (or six) national sides. The winners of each group book a place in the tournament finals, co-hosted by Poland and Ukraine, next summer. The host countries get an automatic bid. They have been joined, already, by the group winners: Spain, Germany, Russia, Italy, France, the Netherlands, Greece, England, Denmark, and the top second-place team, Sweden.

In November, there will be a playoff between the best eight second-place teams (two legs, aggregate winner goes through) to see who the final four nations will be. See? Totally simple! Let’s check out what happened yesterday, the last day of group play qualifying.