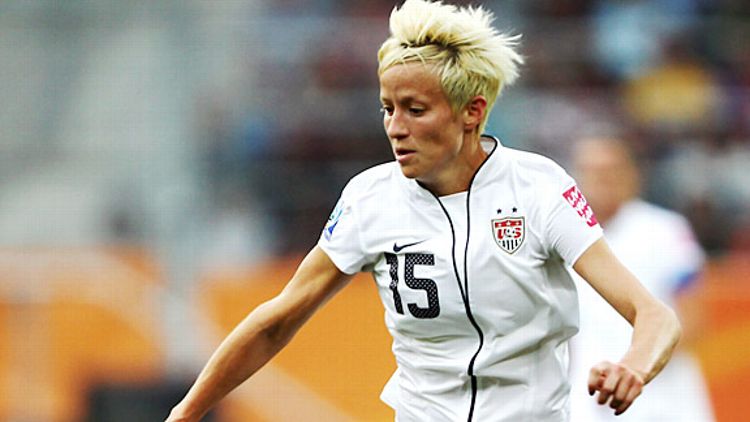 Like many American sports fans, I will be watching the Women’s World Cup final Sunday as a pretty casual observer. I am just going to be honest with myself and accept that I am “hopping on a bandwagon.” I will not become a Women’s Professional Soccer fan, and these players will not invade my realm of consciousness after Abby Wambach and Megan Rapinoe make appearances on Letterman, Ellen, and miscellaneous radio shows. The family that takes care of my dry cleaning will have a bigger impact on my life over the next four years than any member of the U.S. women’s national team.

What makes it OK to jump on the USWNT bandwagon?

It seems like the majority of “casual fans” who will spend their Sunday tuned in to this event for the first time will probably just want to see America win. Modern patriotism in the Twitter hashtag era has evolved into an interesting phenomenon where we want to “experience history” as commentating spectators. It’s sort of like how we wanted to see proof of Osama bin Laden’s death — not to prove he was dead, but just to have a symbol of America’s dominance. With nothing to define our current society other than “we use Facebook,” getting belligerent and starting “U-S-A!” chants might be the most pure display of patriotism we are afforded an opportunity to show.

But if I am somewhat arbitrarily jumping on a bandwagon, is the “globally aware” move to root for the Japanese team?

I have heard the general argument that “the whole world is rooting for Japan,” because it will be “good for their national identity” after the natural disasters that took place in the country. If we simply use our generic political leanings to find “the right team to root for,” globally conscious liberals should probably root for Japan, and conservatives who promote American values above all else should go ahead and root for this new iteration of “America’s team.” The concept of jumping on a flag-waving American bandwagon seems “simple,” perpetuating the fear that the exterior world might perceive all Americans as Tea Partiers who believe that America is the greatest nation in the world.

Perhaps the decision to even “watch and root for women’s sports” is already a good enough act of tolerance and social acceptance for a liberal’s identity. On the other hand, maybe rooting for Japan will be contrarian enough to open up a space to boast your opinions on world affairs, allegiance to “informed and rational patriotism,” and even give you a platform to actually discuss “the game.”

Tragedies always make sports appear to be arbitrary and meaningless, but then we realize that sports are a healthy form of entertainment in which positive elements of “the human spirit” are on display. When the New Orleans Saints won the Super Bowl after Hurricane Katrina, it did create a generally positive feeling whether or not there was a tangible improvement in the lives of anyone other than members of the Saints organization. Is it “simple” to think that sports “heal,” or does that just mean that any global empathy we feel is also meaningless? Maybe I should just become a better fan and follower of the sport so I am not forced to struggle with my ethnocentric point of view as I try to rationalize my rooting interest. Hopefully Rapinoe will score another goal and sing Neil Diamond’s “America” into the corner boom mic so that American pride can feel fun and carefree.

Maybe there’s just not an informed way to jump on a bandwagon.

The Weekend That Was: Women's World Cup, the British Open, and Verbs