The Weekend That Was: Women’s World Cup, the British Open, and Verbs 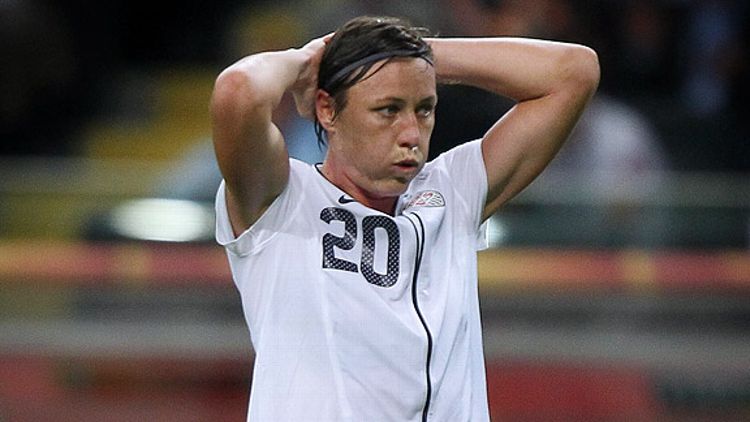 You ever notice how redneck speech sometimes involves mixing up the singular and plural forms of verbs? Where I grew up, you always heard sentences like these:

“They was fishin’ for crawdads half the morning!”

“That dog weren’t half as fast as the one he chased.”

OK, if I’m being totally honest, I probably never heard those exact sentences. But you get the point. Both “was” and “were” are clearly in the language arsenal. They’ve just been flipped, willy-nilly, like tenses are nothing more than an arbitrary game. It’s almost calculated — are they trying to subvert the whole system with their saucy inversions? If anyone ever hired me to correct their speech, I’d hammer home the was/were lesson right from the start. That would be my layup drill. They’d practice and practice and practice, and while they did that I’d probably be on Wikipedia reading about wars, because man, what a boring job.

Here’s what happened over the weekend:

Then again, most of the rest of the world managed to gain independence from Great Britain somewhere along the way, so we should probably hold our applause. Am I right, Earth?

On a side note, it never occurred to me until recently that “Angels” is an inherently ridiculous nickname. The words “Los Angeles” mean “the angels” in Spanish, so the whole thing is redundant: The Angels Angels. This would be like naming a team the “New York Nueva Yorks.” It could only work for one city: The San Diego Saint James. Those guys sound mysterious!

And speaking of the Rangers, did anyone else read the annotated version of Tony Kornheiser’s great Nolan Ryan profile and feel really bad that Ryan played in an era before people realized the flaws of measuring a pitcher by wins and losses? We should all congratulate ourselves on living in a world in which Felix Hernandez can win a well-deserved Cy Young with a 13-12 record. If the old mindset persisted, David Price (19 wins) or CC Sabathia (21 wins) would have won in a walk.

The winner of this horse race is anyone’s guess. The Pirates have pitched the best, the Reds have hit the best, and the Brewers have either been very fortunate or very clutch in close games, depending on your view. Meanwhile, the Cubs have been the best at forgetting to shuck their corn before they eat it, and the Astros are getting better at not fainting when a pitcher throws too fast.

Resolutions to both conflicts may be imminent, but in the meantime fans will have to suffer the byzantine twists and turns of the ongoing player-versus-management drama. But it’ll all be worth it when we finally see the hilarious new sitcom Hold the Turkey, starring Deron Williams as an American basketball player who gets into hot water in a foreign country because his translator is a roguish mischief maker played by Debra Messing.