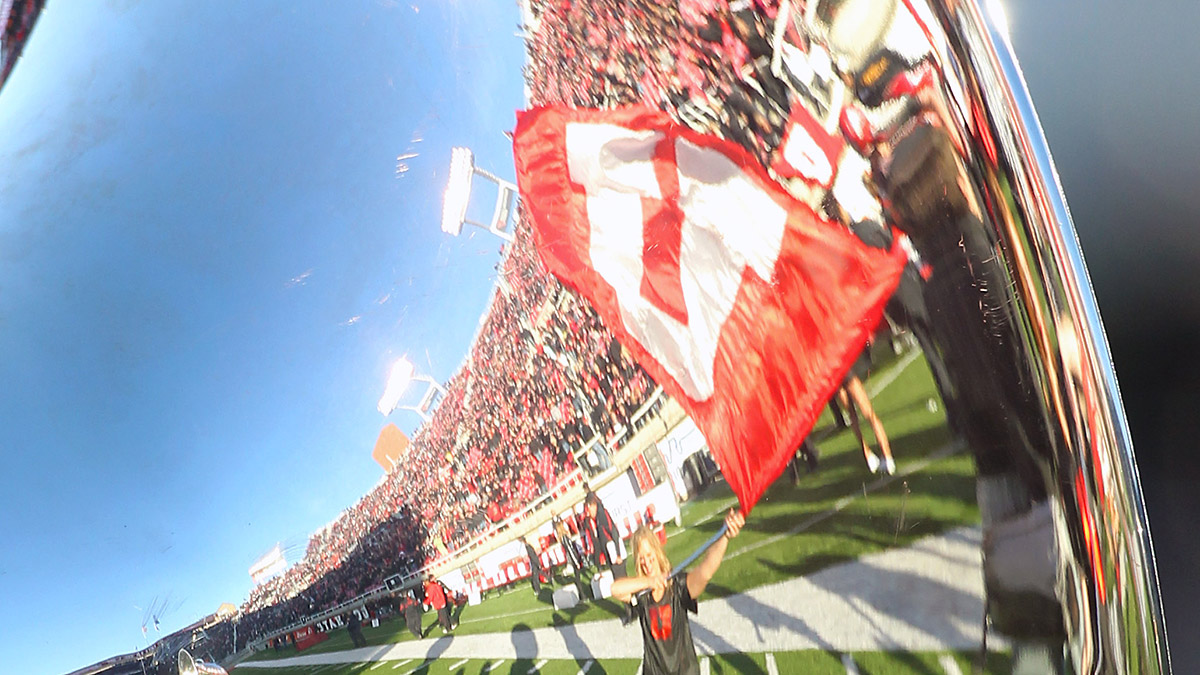 Fully 10 (10! Count ’em!) ranked teams went down in Week 12, mostly to also-ranked opponents, but some just to pure November berserkery. Week 13 brings what we’re going to charitably refer to as a significant drop-off in the number of quality contests, with so many power programs inviting punching bags onto campus to warm up for their season-ending rivalry tilts, but we’re here to take you through your impending Saturday and point out your likeliest entertainment options in each time slot.

Before we get to that, note that there’s a really quite interesting Thursday-night schedule on offer this week. Your evening begins with the two most recent victims of TCU’s winning streak, no. 12 Kansas State and West Virginia, facing off in Morgantown (7 p.m., FS1), and continues with the Victory Bell game between North Carolina and Duke1 in Durham (7:30 p.m., ESPN/WatchESPN).

Sing to me, O Muse, of Dilly Bar Dan. No. 25 Minnesota at no. 23 Nebraska kicks off at noon on ESPN/WatchESPN, and how unreasonable is it, really, to think the Gophers have the edge over the Huskers based solely on our affection for this guy? Also at noon, there’s Indiana at no. 6 Ohio State (BTN), where J.T. Barrett will do his best to give us all a jump on ZOMG QB CONTROVERSY AT THE OHIO STATE headlines for 2015.

In the 1 p.m. hour: Washington State kicks off at no. 13 Arizona State (P12N), and while we know it’s difficult for a national audience to fully absorb Pac-12 games that kick off at 10:45 p.m. ET, a pre-noon kickoff in Tempe seems like too severe of a course correction. Meanwhile, up in Mount Pleasant, it’s Western Michigan at Central Michigan (ESPN3) for the Victory Cannon, a trophy that honors the already-existent cannons at both schools. This game will also determine Directional Michigan Supremacy, with WMU and CMU already holding wins over Eastern Michigan.

The 3:30 p.m. block brings a cluster of ranked teams playing underdogs that probably won’t beat them but very reasonably could, unlike some top teams’ Week 13 opponents (looking riiiight at y’all, Alabama and Georgia): There’s Boston College at no. 3 Florida State (ABC/ESPN2/WatchESPN); Arkansas hosting no. 8 Ole Miss (CBS); and our personal favorite, Iowa welcoming no. 16 Wisconsin (ABC/ESPN2/WatchESPN), with the Heartland Trophy on the line. This is a fairly new-money award that we fully support because it is large, metal, and shaped like a farm animal:

The Heartland Trophy has left its case at Wisconsin, perhaps to return in 5 days: pic.twitter.com/Cqr6Ek2JUq

7:30 p.m. brings Oklahoma State at no. 7 Baylor (Fox), a game that looked a lot more exciting in Week 1 than it does now, but still provides an opportunity for the Bears to notch a big win and maybe jump TCU with the Horned Frogs idle. Back in the Pac-12, no. 19 USC and no. 9 UCLA kick off at 8 p.m. in the Rose Bowl (ABC), and Matt Hinton’s asking an unusual question: Is it possible that we have an underrated USC quarterback on our hands?

Fresno State at Nevada (10:30 p.m., ESPNU/WatchESPN) will go a ways toward sorting out the current tangle atop the Mountain West West, a division name that we will never tire of typing. Nevada, Fresno, and San Diego State are all 3-3 in league play, and the Aztecs have already lost to both the Bulldogs and Wolfpack. 10:30 p.m. brings Oregon State at Washington (P12N), the Beavers’ best hope to squeak into a bowl. Your late-late show this week is UNLV at Hawaii (11 p.m.).2

A woman riding an alligator in the Los Angeles Memorial Coliseum, 1930s. pic.twitter.com/oTYFyjhsT0

Who Is on the NHL Hot Seat?