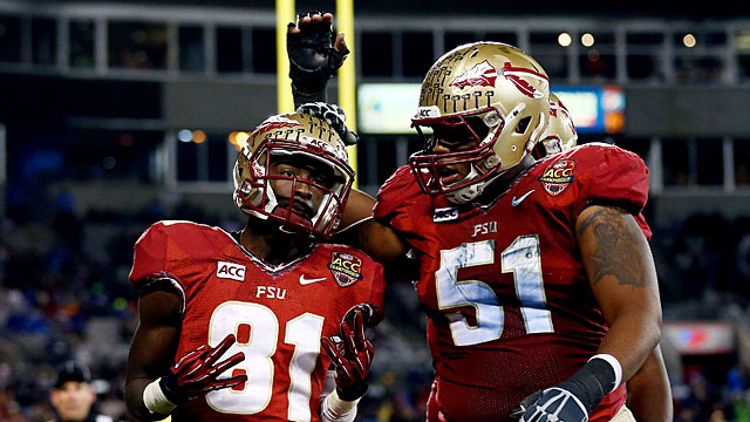 The BCS title game odds are set, with Florida State an eight-point favorite over Auburn. As recently as a week ago, the projected spread for this potential matchup was in the double-digit range — but Auburn’s impressive win Saturday has stoked the passion of the SEC faithful, while also somewhat swaying discerning betting professionals.

Auburn entered the season with 1,000/1 odds to win it all, while Florida State was 40/1. In my very first Grantland article, the LVH sportsbook reported sharp action on two college teams: Florida State and Auburn. Rather than taking bows for his prognostication, LVH boss Jay Kornegay is in a predicament — one that savvy bettors can exploit. Having taken numerous Auburn BCS future bets at huge odds, the LVH faces a massive liability if the Tigers win the title. In response, the LVH very much wants lopsided Florida State money in the title game in order to hedge their liability — Florida State game bets that would obviously lose for the bettors if Auburn wins the game.

The most effective way for the LVH to hedge is by attracting money line bets on the Seminoles. Such action is perfectly correlated to their BCS future exposure (i.e., if Auburn wins, Florida State money line bets lose — and vice-versa). In a typical college football game, an eight-point favorite would be -350 on the money line (risk $350 to win $100 on the favorite to simply win the game). Currently, the LVH is offering Florida State at the discounted odds of -275. That’s a significant mispricing. Other sportsbooks, including Sportsbook.ag and Bovada.lv, report the same liability on Auburn futures — and thus are making the same effort to attract Florida State bettors. Whenever the odds on an event are affected by factors that have nothing to do with the chance of each team winning the game, it’s a golden opportunity for bettors. If you like Florida State, unquestionably the superior value is offered through a discounted money line bet.

Many wonder how the action this BCS title will generate compares to a generic Super Bowl. I polled six different Las Vegas and online sportsbooks, asking them that very question. Answers ranged from three times up to nine times more action on the Super Bowl. TheGreek.com speculated that for many sportsbooks, the amount of action on Super Bowl prop bets alone exceeds all action on the BCS title game. Southpoint’s Jimmy Vaccaro points out the BCS game being a week removed from the last multiple-bowl game day as one reason for the relatively modest action, since so many recreational bettors like to bet parlays. “Parlaying Auburn with Creighton basketball on the sixth of January does not create a great deal of buzz,” he told me. For that reason, and more than a few others, NFL is clearly king in Las Vegas.