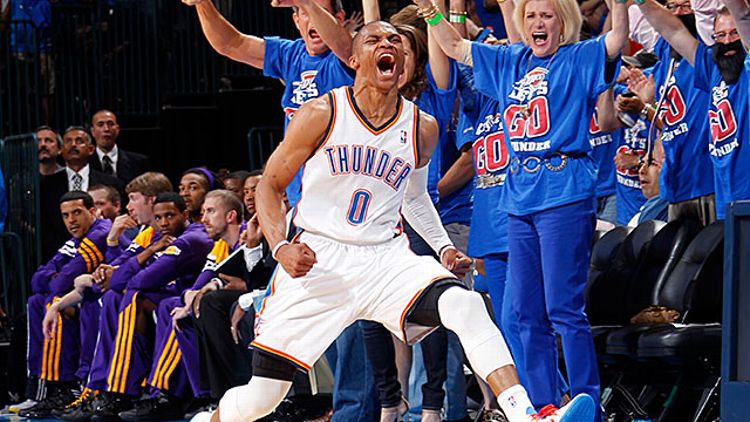 Since the dawn of Moreyball, we’ve seen a raging battle between stat geeks and narrative poets. Though the tides are dramatically rising on the side of statistical analysis, there are still plenty of old-school basketball minds who prefer to judge a player by the size of his heart. While spirited debate about the way we judge basketball is always a good thing, I’ve decided to bridge the gap between stats and the will to win.

Using a complex formula, we can now quantify the desire of a player and judge (WITH NUMBERS!) how badly a player wants it. The WIM stat calls into account a number of variables such as missing percentage, years in the league, salary, distance from championship, and technical fouls. It’s basically PER on crack.

When I was a child, I used to sit beneath the willow and dream of the days when I would fight back against stat geeks who laughed in my face after I told them that so-and-so had an undeniable will to win, based on what my eyes tell me. In those days, this song was the only tangible thing I could send that would help my case. Not anymore, my friends.

Below are the 2013-14 WIM ratings, with some very interesting results early on.

Basic Stats
We used non-scoring stats, which we believe to be a result of hustle and hard work. When it comes to scoring, we looked at the total points of a player and multiplied that number by the player’s missing percentage, which is the inverse of his field goal percentage. The more you score plus the more you shoot, regardless of misses, equals a higher total. This rewards those who want it badly enough to launch a shot from half court at the end of the third quarter to put their team up by eight points.

Longevity of Career
Simply put, as time slips away for NBA veterans, the competitive spirit grows.

Postseason
WIM operates under the assumption that getting a ring actually makes you want it less. But getting close to a ring is the ultimate motivation. Although, as the chart shows, some players are clearly immune to this concept. As we look at losses in both the Finals and conference finals, it becomes obvious that players become scarred, professionally, only to have that experience turn into a strong desire to win. We’ve weighted each of those losses appropriately. Lastly, the further away someone is from winning a championship, the less they can know they even want one. That’s just simple math.

Salary
A player’s salary is a big factor when looking at how badly he wants it. The key here is sacrifice. The less he takes in salary, the more he wants to win. The formula deducts value for those who take a larger salary and rewards those who take a pay cut.

Behavior
Technical fouls, flagrant fouls, ejections, and flops all add up to one thing: passion. Players flop all the time, so for them to ignore their dignity enough to actually get called out by the NBA is a sure sign of an unequivocal will to win. We all know technicals and flagrants are a hallmark of a player who wants it badly. And an ejection … well that’s the mother of all that just means you would like to win some damn basketball games. Note: It was predetermined one ejection would be worth two points to the final WIM.

Age vs. Youth vs. Prime Cancel Each Other Out
There are arguments across the board for why a player has a certain advantage because of his age, youth, or prime. We feel that we’ve weighed them equally enough that all three are rewarded for his ability to want it more in his individual circumstance.

A player might be given a salary advantage because he is still on a rookie contract. The longevity of a player’s career is also considered, meaning he might be on the lower end of that category. And while older players cannot play as they once could in their prime, they are rewarded for their years of want and desire that only snowballs as they age and become more fragile. Lastly, at times a player in his prime takes a hit to his large salary yet is given the ability to play at the peak of his powers.

Russell Westbrook Wants It Most

For now, Russ seems to be king of the WIM Mountain, sitting pretty with a 87.59 WIM. Russ is second fiddle on a team and earning less money than he could, all while playing like many other teams’ first fiddle. He’s also gotten very close to touching that Larry O’Brien Trophy, and nothing fuels a player more than coming up short. Lastly, Russ has managed to pull off something incredible: Even though he has missed a few games this season, that hasn’t stopped him from picking up a few technicals and even getting ejected once. His reckless passion for winning is evident by his questionable behavior that some would call childish. Not us, though. We call that a postmodern point guard who WANTS IT MORE.

The Battle of Melo and Durant

This is currently the most interesting “who wants it more?” battle. Both players have an undeniable will to win based on the numbers. Melo has the career longevity but Durant has been very close to the title. The thing that makes Melo want it just a tiny bit more than Durant is the plethora of playoff heartbreaks he has endured. If Durant steps up his flagrant and technical foul game, he’ll be able to claim that no. 2 spot.

Kawhi So High?
Kawhi Leonard doesn’t have the prettiest stats but he has been as close as anyone to winning a title without actually sealing the deal. In fact, he was about 20 seconds away. A man who comes up that short is bound to be tormented to the point of sleeplessness. The silver lining is his love for the game and desire to win are both through the roof.

James Harden and Dwight Howard have a combined WIM of 169.18. Harden and Howard have both been to the Finals and have come up short. On top of that, both men have their share of shameless on-the-court embarrassments, from Dwight’s five technical fouls to Harden’s sole ownership of an actual NBA flopping fine. That’s a hell of a one-two want-punch that Houston has. Could Daryl Morey actually be way ahead of us with this stat?

DeMarcus Cousins may have the best all-around WIM game in the business, minus his playoff experience. His stats are solid, his salary is low, and he is the king of tech mountain. At this rate, Boogie might have the greatest desire to win this game has ever seen.

Dirk and Duncan Defy the Odds
There is a rare thing that occurs in some veteran NBA players that science cannot explain. It’s a backfire or loophole in the WIM system. It is said, by both the old and new gods, that a player’s desire to win significantly declines after he has won a title, but these guys seem to have an addiction to winning, per their high rankings. Dirk Nowitzki is especially pulling out all the stops with his three technical fouls this season. And Nowitzki and Tim Duncan have both experienced a Finals and conference finals loss, which, of course, increases the size of their hearts by six points. I mean, those are Grinch-like numbers right there.

Some players are so cursed by trying to play the game “the right way” that they sacrifice heart. Chris Paul is widely regarded as the best point guard in the league. But with a 79.53 WIM, he’s showing that his heart is only half the size of his brain.

The OKC Thunder Hearts
It’s clear that OKC is still reeling from that 2012 Finals loss to the Heat. The evidence is in the blood, grit, and passion of the combined WIM stats of their top three players. It’s at a staggering 252.67! They are a three-headed desire monster, wreaking havoc on the rest of the league with their excruciating will to win.

The Lowly King and His Miami Heat

Truth be told, we don’t blame LeBron for not wanting it so much right now. His WIM sits at 74.44, which is OK for a normal player. He and the rest of his superstar teammates are aiming for a three-peat, but it’s December in an Eastern Conference that’s made of twigs. They are just trying to get through the season, as they should be.

However, the Heat’s Big 3 has a combined WIM of 194.19, which is abysmal compared with the other top teams in the NBA. Other Big 3 combined WIMs include Indiana at 235.3, San Antonio at 243.56, and aforementioned Oklahoma City at 252.67. Again, it’s normal for a team trying to three-peat to be cruising, but if the Heat aren’t careful, they may find that their hearts are not big enough come playoff time.