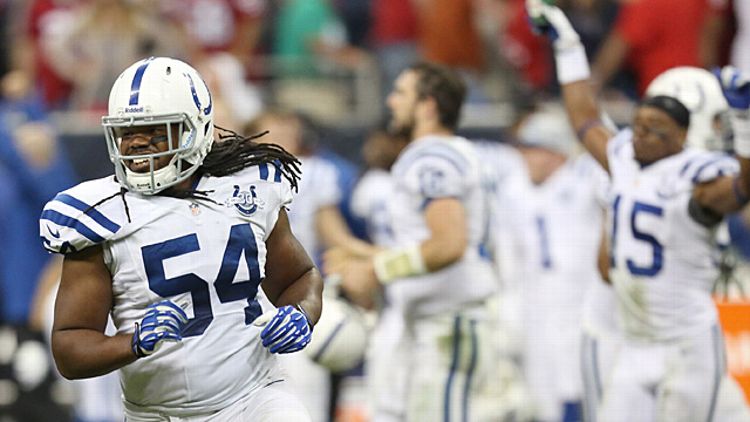 Sports bettors watch football differently, and the ending of Sunday night’s game was an especially telling example of this fact. All viewers were glued to their TV sets when Andrew Luck threw the go-ahead touchdown with four minutes left. But then the two types of viewers diverged. Non-bettors were still talking about the pass, checking their Twitter feed, or perhaps even refilling the chip bowl when the Indianapolis offense lined up for the two-point conversion, attempting to extend its lead to three points. Bettors, on the other hand, could not have been more engaged — for millions, the Colts winning by one or by three made the ultimate difference, because Indy was favored by 1.5 points.

The two-point conversion was successful, and after Houston was unable to score, millions of dollars changed hands. This nail-biting cover by the Colts was the biggest win of the day for bettors at multiple sportsbooks. Yet the significance of that two-point conversation was not discussed on the broadcast. Other than the occasional cleverly veiled reference, the billion-dollar reality of sports betting is ignored during game broadcasts. There is certainly a pink elephant wearing a Vegas T-Shirt in the room.

Bettors were small losers on Sunday overall. The Jets’ outright upset of New Orleans was the biggest win of the week for many sportsbooks. The Golden Nugget’s Aaron Kessler told me, “It can’t be overstated how big this game was for the house.” Seventy-two percent of the point-spread tickets backed the Saints (according to the bet tracking tool at Pregame.com) — a clear majority, but not even the most lopsided game of the day. We must look beyond spread bets to understand the true impact of this game. New Orleans was extremely popular with parlay bettors; when the Jets not only covered, but won the game outright, they also made losers out of bettors who backed the Saints through teasers and money line wagers.

The importance of alternative bet types (other than the standard point spread) also played a big role in the Dallas-Minnesota game. A majority of the money backed the Cowboys, resulting in a house win when the Vikings covered. But Dallas winning the game saved those who supported the Cowboys on the money line or with teasers. The LVH’s Jay Kornegay told me this game would have been one of the “biggest wins of the year” if the Vikings had pulled the upset. Instead, even with the desired spread result, the sportsbooks settled for a modest profit.

In the college ranks, Florida State, favored by three touchdowns over Miami, was the biggest-bet game Saturday. This was the largest spread between undefeated top-10 teams this late in the season in recorded Vegas history. A good team getting so many points often attracts the average bettor at a gut level (Bovada.lv reported 75 percent of its action backed the underdog). There is an important lesson here: A vast majority of the time, the public supports the favorite. Sportsbooks are comfortable with lopsided action on the favorite, because the action is typically driven by the public’s illogical bias for the better team, no matter the spread. But when the oddsmakers inflate the favorite enough to attract majority support for the underdog, it’s a strong sign that the books are not comfortable with lopsided favorite action. In this case, Vegas enticed Miami action with a big number, and like a yo-yo on a string, the public was jerked over to support the underdog — and the public lost again.

Looking ahead, Mike Perry from Sportsbook.com projects that this will be the biggest-bet regular-season Thursday in college football history. Oregon is favored by double digits at Stanford, and Baylor is favored by 15 over Oklahoma (the largest-ever underdog for a Bob Stoops’s team). On Saturday, Alabama is favored in its 51st consecutive game, by 12 over LSU. On Sunday, Aaron Rodgers’s absence downgrades Green Bay by more than a touchdown in the eyes of Vegas, and Denver returns from its bye a perfect 8-0 on “over” totals this season.

Tuesday Night Lights: The Coronation of the Kings