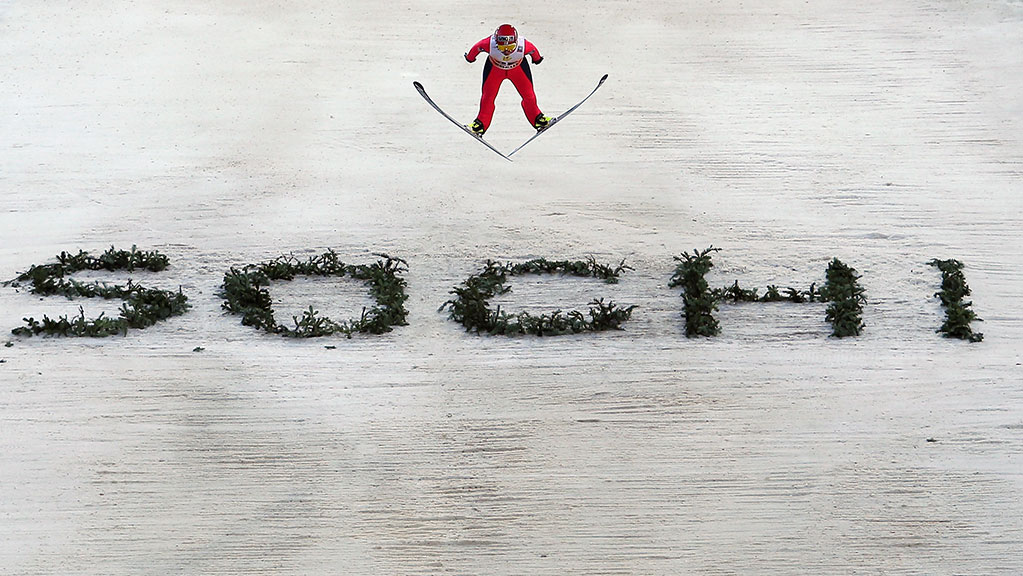 It’s national signing day in college football today, and while quite a few have already committed (mostly to Florida State), there are still many to come between now and this evening. Check out Matt Borcas’s signing day primer and follow along live on ESPNU. Here’s the full listing.

In other news, Steve Nash returned to the Lakers’ lineup and Shaun White pulled out of the new Olympic slopestyle event after being hurt on a course criticized for being unnecessarily rough.

For more updates on college basketball, the NFL, and hockey, read Spike Friedman’s About Last Night.

With the 2014 Winter Olympic Games beginning soon, here are some things to get you caught up on the politics, scene, and key players in Sochi:

Our very own Katie Baker is on the ground in Russia, and you can catch her first blog post here.

If you’re looking for a more political/historical look, be sure to read Louisa Thomas on the Cossacks, a small group of soldiers with a complicated and violent history that will help keep the peace at the Winter Olympics.

Cool video of the day, courtesy of the New York Times:

Tonight’s NBA games really run from terrible to awesome, with Lakers-Cavs falling in the first category and Heat-Clippers falling in the second. The Miami–Los Angeles game starts at 10:30 on ESPN, so you’ll have plenty of time to prepare for the LeBron–Blake Griffin matchup and a possible Dwyane Wade sighting. This will be the Clippers’ first game in a five-game homestand; the Heat haven’t beat the Clippers in Staples in more than six years. If you like watching good basketball, this will be the game you won’t want to miss tonight. But if you insist on watching the Bucks or the Pistons, I won’t be the one to stop you. Here’s the full schedule so you can plan your night accordingly.

Things aren’t looking too wonderful on the college basketball front, but there are quite a few Top 25 teams playing. A lot of undefeated, ranked teams are going against conference rivals tonight — no. 4 Wichita State against Indiana State, no. 5 San Diego State against Boise State, and no. 13 Saint Louis against Saint Joseph’s. In ACC play, you can catch no. 20 Virginia against Boston College and no. 25 Pittsburgh against Miami. The Big 12 and Big Ten each have something scheduled, too. Here’s the full listing.

There are only three NHL games tonight, but that doesn’t mean they’re all terrible. In fact, you’ll want to watch the Blackhawks visit the Ducks, as the two teams with the highest point totals in the league face off. The two haven’t been stellar recently — Chicago is 4-2-4 in its last 10 games, while Anaheim is 5-5 — but it’s hard to go wrong with a game featuring Patrick Kane, Patrick Sharp, Marian Hossa, Ryan Getzlaf, and Corey Perry. You can find the rest of the games here.