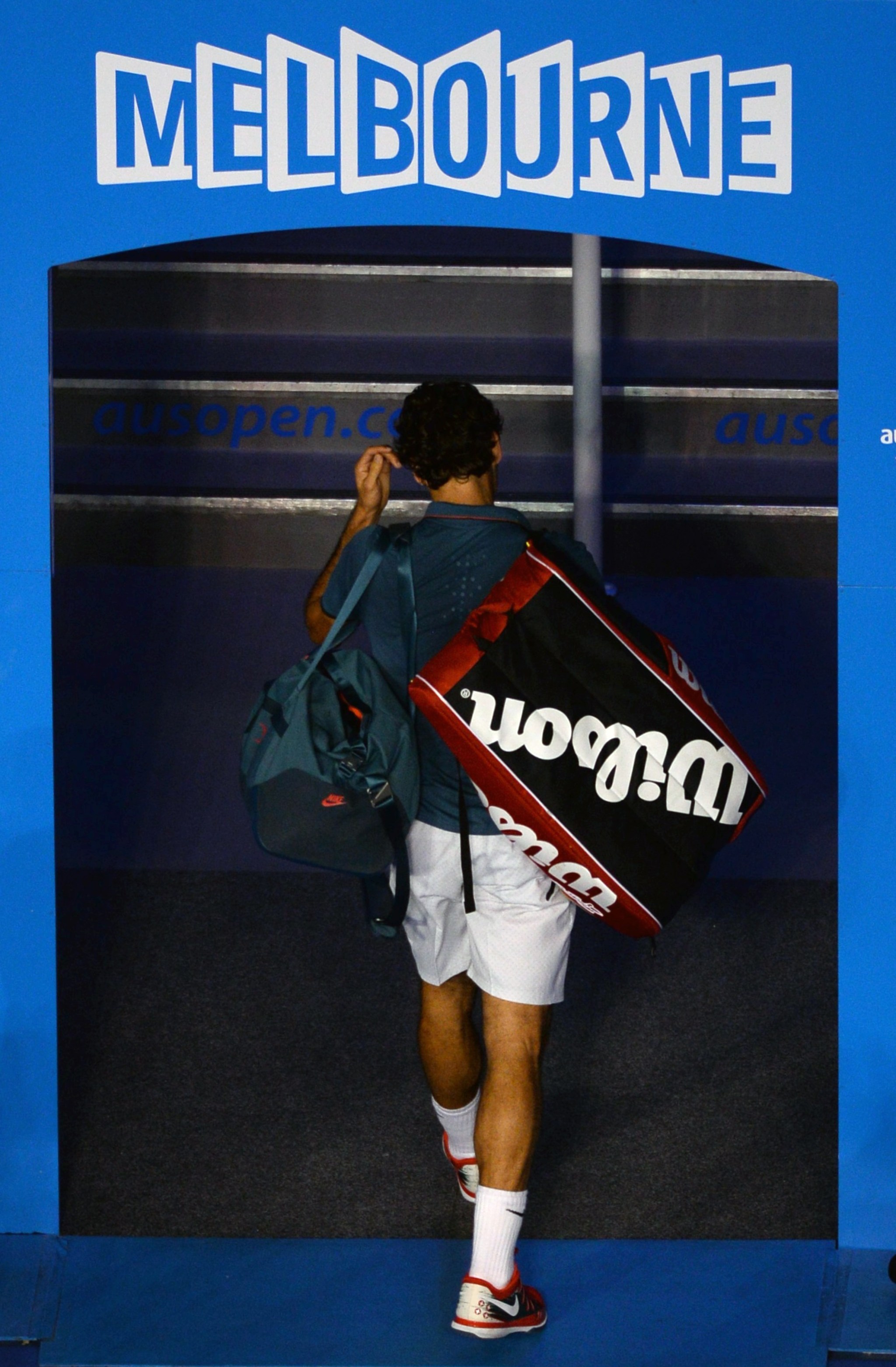 Rafael Nadal and his frightening blister beat Roger Federer and his new racket in straight sets, 7-6(4), 6-3, 6-3, to advance to the final of the Australian Open. The Spaniard is now 9-2 in head-to-head matches in majors and has won five straight against the Swiss. Top-ranked Nadal faces no. 8 Stanislas Wawrinka in the final on Sunday, and regardless of the outcome, Wawrinka will top Federer in the rankings as the top ambassador from Switzerland.

In smaller news, the NBA All-Star rosters have been announced, and they feature four first-timers — Stephen Curry, Kevin Love, Paul George, and Kyrie Irving. In a fun show of support, fans voted in Kobe Bryant, who makes his 16th appearance, second-most in NBA history. LeBron James was the leading vote-getter with 1.4 million. The game will be held in New Orleans on February 16.

The NHL Stadium Series comes to New York on Sunday, when the New Jersey Devils and New York Rangers will face off in Yankee Stadium. That game will be followed by another (less-exciting) game Wednesday between the Rangers and the Islanders. This is the first time the baseball stadium has been turned into an outdoor hockey rink, and here is a cool time-lapse video of that conversion:

For a sobering, well-researched read, head to The Guardian, where Suze Clemitson explores professional cycling’s relationship with depression, and how doping could make things worse.

Lastly, here are the sporting events that should be on your radar for this weekend (all times Eastern):

The Australian Open is coming to a close, so if you want to catch the tail end of the women’s bracket, tune in to ESPN at 3:30 a.m. Li Na will be gunning for her second major title against first-time Grand Slam finalist Dominika Cibulkova. If you want to catch the men’s, tune in at the same time the following day for Nadal-Wawrinka.

Tonight’s NBA games aren’t super exciting, but the Warriors host the Timberwolves at 10:30 p.m., and that should be a fun showdown between two freshly minted All-Stars. The Warriors are the favorites, but they could be without David Lee (shoulder) and Andrew Bogut (knee) — both are game-day decisions. Saturday’s slate is on the vanilla side, but the super action resumes Sunday with a redux of the 2013 NBA Finals, except possibly without Dwyane Wade. Wade was out last night against the Lakers and is a maybe for Sunday, but the 1 p.m. game should be entertaining regardless. For the full game listings, go here.

College hoops will be back tomorrow with a fierce in-state rivalry game between the no. 21 Wolverines and the no. 3 Spartans at 7 p.m. Michigan is coming off two big wins against Wisconsin and Iowa, and Michigan State has looked similarly dominant despite playing with a spartan lineup. Both teams are undefeated in conference play, but only one will emerge victorious (obviously). If Big Ten ball isn’t your thing, here’s the full schedule.

Though these two games aren’t necessarily the most exciting NHL games this season, I’m promoting them because they’re part of the Stadium Series, and there are few things cooler than outdoor hockey games. In easy, breezy, beautiful 60-plus-degree weather, the Anaheim Ducks and Los Angeles Kings will start off the West Coast game at Dodger Stadium at 9:30 p.m Saturday. On Sunday, in slushy, post-snow-shower, 19-degree weather, the Rangers and Devils will file into Yankee Stadium for a 12:30 p.m. showing, the first at the House That Ruth Built.

Oh, and lest I forget, the NFL Pro Bowl is on Sunday at 7 p.m., coming to you live from Hawaii. You can even watch it online while cheering for Kendrick Lamar, Lorde, Kacey Musgraves, et al. at the Grammys.

Requiem for a <del>Dream</del> Nightmare: Good Riddance to Pierre the Pelican