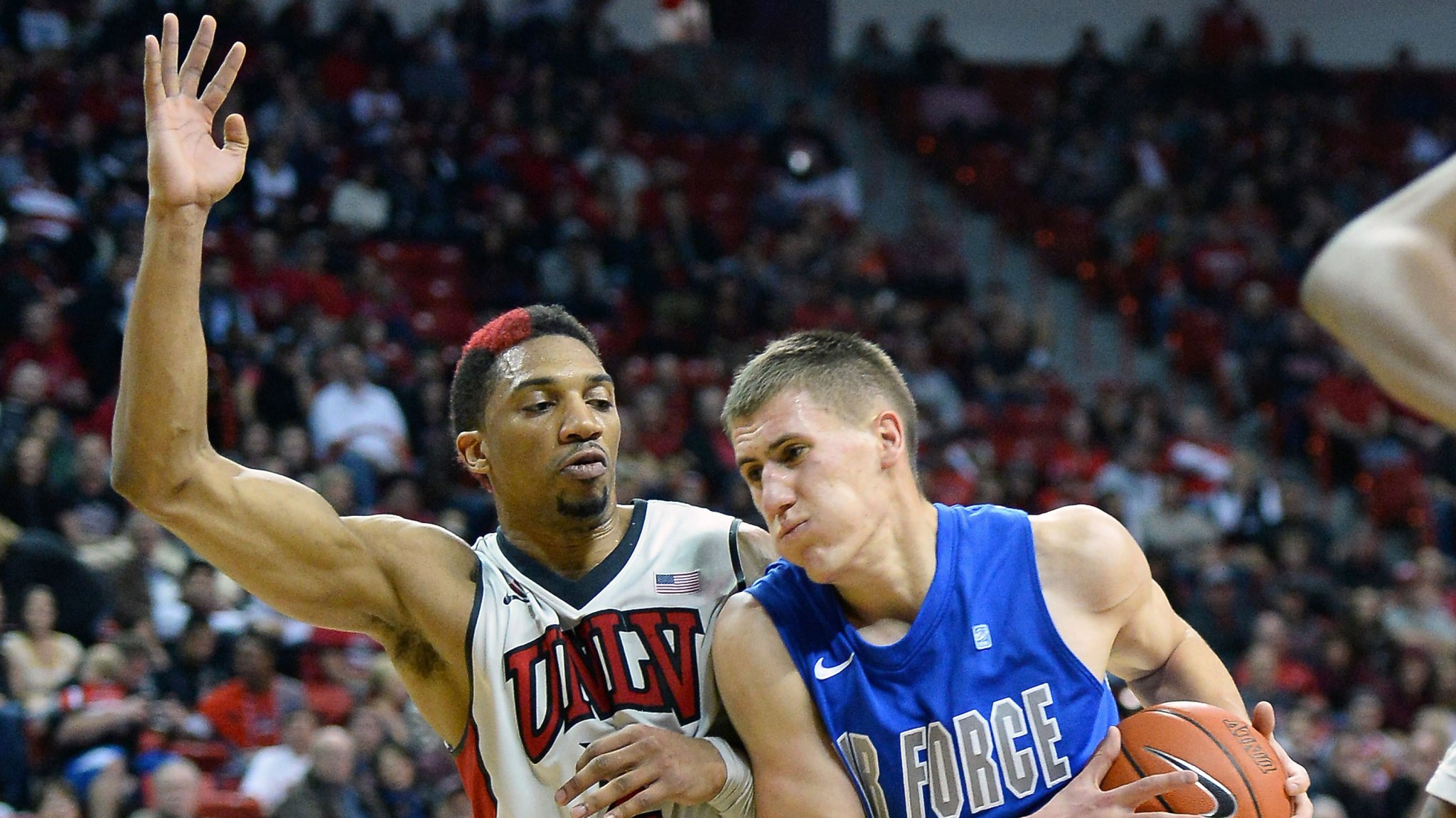 Bill Walton. Brian Scalabrine. Matt Bonner. Blake Griffin. Delonte West. Robert Swift. Tom Coverdale. Mike Bruesewitz. Jimmy Graham. Dennis Rodman sometimes. Probably some other guys I forgot about. What do they have in common? They’re all kinda tall. None of them has won an Oscar. None of them has medaled in curling at the Winter Olympics. And I doubt any of them can ride a unicycle. But all that doesn’t matter. What matters is that they all belong to a unique breed known as “the redheaded basketball player.”

With these legends of the game to inspire me, this week the Triangle NCAA All-Stars surveys the best redheaded players in today’s college basketball.

Gesell has been the Hawkeyes’ starting point guard from the moment he arrived in Iowa City, and it’s easy to see why. He’s not going to wow you with his physical attributes (although he’s more athletic than you’d think, as this first dunk shows), but he rarely makes bad decisions, he plays better defense than he’s given credit for, and he seems to make one or two plays every game that leave you thinking he’s going to be a stud in a couple of years. Iowa has the fifth-best offense in the country according to KenPom, and Gesell is the engine that makes it go. The craziest thing about Gesell, though? He’s not even the best redhead on his own team. 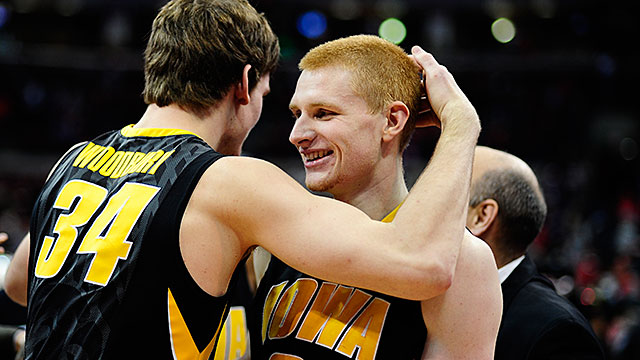 Roy Devyn Marble gets all the attention for being Iowa’s best player, and rightfully so. But Iowa’s most efficient player has to be Aaron White. On a team that goes 11-deep, White leads in field goal percentage and is second in scoring and rebounding, third in steals, and fourth in blocks and assists. According to Sports-Reference.com, White ranks fourth in America in offensive rating and fifth in win shares per 40 minutes. Granted, I’m not sure what these mean, but he’s immediately ahead of Nik Stauskas in one and Doug McDermott in the other, so I guess you could say he’s doing well for himself. Here’s how I’m going to interpret those numbers: White should be playing more and the Hawkeyes should feed him the rock every trip down the court. 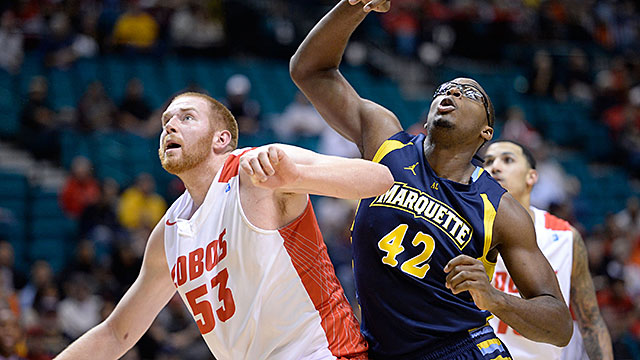 It blows my mind that I searched all over the Internet and still couldn’t find an established nickname for Kirk. I found this effort to nickname the big-man duo of Kirk and Cameron Bairstow, but that’s more about the tandem than Kirk himself. So I ask you, Lobos fans: What the hell is taking so long? Kirk is a 7-foot, 250-pound redheaded shot-blocking and rebounding machine in his third year of college basketball. I mean, I get that you don’t want to rush this process and settle on something generic like “Big Red,” but come on — now that Breaking Bad is over and you can’t drive around Albuquerque stalking the cast, this should be the no. 1 priority for the entire state of New Mexico. I’d typically intervene and offer my expertise with sobriquets, but I don’t know enough about Kirk to take on a project of this magnitude. This one’s on you, New Mexico fans. Get to it. 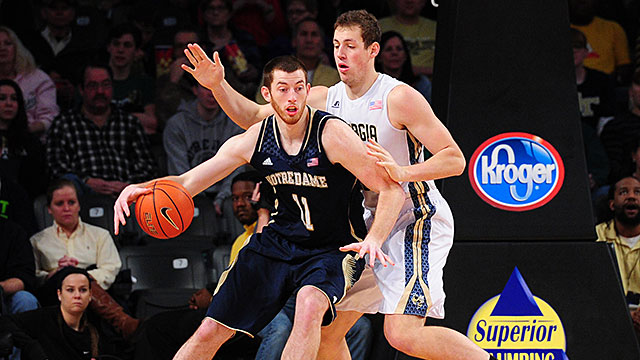 With Jerian Grant getting kicked off the team, Sherman’s vast improvement since last season has made him arguably Notre Dame’s best player. Jack Cooley and Scott Martin’s graduation swung the door wide open for Sherman to play a ton of minutes this year, and he has blossomed by more than doubling his scoring and rebounding averages from last season. And while you might not consider him a redhead if he were clean-shaven, I’m exercising the Deshaun Thomas Clause to grant redhead status to anybody with a red beard.

Speaking of which, I’m walking a thin line discussing Sherman and his beard, seeing as how the last college basketball analyst to comment on it was put on blast by Sherman himself. But it would be an insult to leave Sherman off this list, so I’m going to take my chances. Plus, it’s not like the beard is even bad. I mean, yeah, it’s unruly compared to something like George Clooney’s stubble. But this is basketball, damn it. You’re not supposed to have a beard that lonely divorcées want to cuddle with. You’re supposed to have a beard that says “I’m a bigger man than you and I’m going to prove it by kicking your ass on the court.” Anybody who hates on Sherman’s beard does so because (a) they’re jealous they can’t grow one as strong (which makes them petty and insecure), or (b) it’s red (which I’m pretty sure makes them some kind of racist).

If Sherman gets membership into the Redhead Triangle NCAA All-Stars through the Deshaun Thomas Clause, Birch’s induction comes via the Dennis Rodman Clause. By that, I mean that Birch isn’t even close to a natural redhead, but he has been rocking a red stripe in his hair of late. You know what else he’s been doing? Being a beast in the paint. Birch is sixth in the country at 3.5 blocks per game and he’s 30th in the nation with 9.4 rebounds per game despite cleaning the same boards as the no. 1 rebounder in America, Roscoe Smith (who averages 12.5 rpg). Most impressively, though, is that a large chunk of Birch’s rebounds (38.5 percent) come on offense. Given that he’s not particularly skilled, I’m not sure what kind of NBA future he might have. But he’s a big body, he’s a great athlete, and he has a relentless approach to doing the dirty work, and that should be enough to get him drafted.

Panthers defensive end Greg Hardy, a.k.a. “the Kraken,” said he went to one of Oahu’s beaches with his girlfriend to see the waves, but he didn’t set foot in the water. “I don’t play around like that,” Hardy said Thursday. “Not before money time.”