The USMNT World Cup Draw: It’s Not a Group of Death, It’s a Group of Great 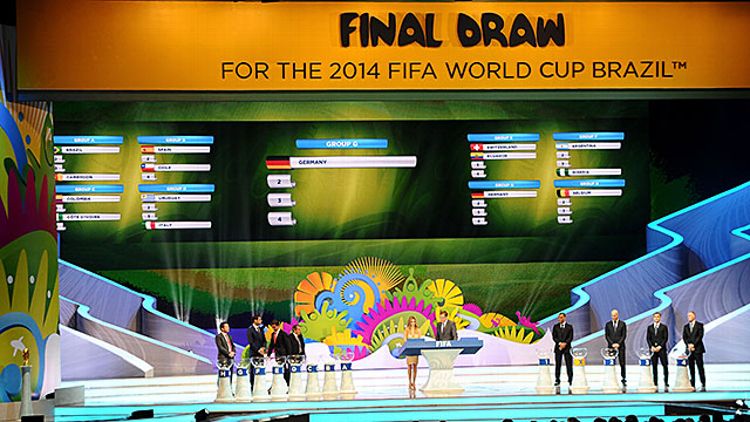 Are you feeling down about the United States men’s national team World Cup group draw? Do you feel like some global conspiracy plopped Jurgen Klinsmann’s boys into the Group of Death? Are you already having dark, twisted fantasies about the U.S. squaring off against Klinsmann’s home country of Germany, and Klinsmann deciding, right before kickoff, that Landon and Bradley are looking a little peaked and maybe it’s time to see if Kyle Beckerman can handle the midfield in the 7-1-2 formation that Klinsmann invented right there on the spot? Do you feel like the Stars and Stripes will be making a sequel to Up in the Air called Up in the Air II: Holy Crap, Brazil Is Huge, traveling nearly 9,000 miles during their group campaign? Is this all making you wonder whether America is really the chosen country Bono said it was on The Joshua Tree? Here’s what I say to that …

Relax! This is going to be SO MUCH FUN. Sure, it would be great if we had gotten ourselves in the easier Group E (Switzerland, Honduras, Ecuador, France). Instead we’re in the group the eyes of the world will be trained on. Will it be fun if the U.S. don’t win a game? No. Will it be fun if they don’t go through to the knockout round? Of course not. But here’s the thing: As ESPN’s Soccer Power Index tells us, the USMNT have about a 39 percent chance to get out of Group G. Before the tournament, the SPI had that number at 41 percent. We’re going to go through or we’re not.

And I would suggest that even if the U.S. don’t get to the knockouts, the group-stage games might still do an incredible amount of good for soccer in this country. Millions of people are going to watch players like Cristiano Ronaldo, Mesut Ozil, Philipp Lahm, Joao Moutinho, and the Ayew brothers. They’ll learn to loathe Pepe and Nani! They’ll get caught up in the incredible story line of Klinsmann going up against his former assistant coach, Jogi Loew! And in the process they’ll learn to love Michael Bradley, Omar Gonzalez, and Deuce Dempsey (if they don’t already).

This might not be great for the USMNT, but it’s great for soccer in the United States. And having the U.S. in the Group of Death, having them competing against these opponents, means it’s a huge look for this team. We’re going to see our guys playing at the highest possible level, and if they come through the group, or even if they put up a good fight before going out, it’s only going to bring more and more people to the game.