The Huddle: The Rams’ Draft Problems and the Return of the Karlos Dansby Leadership Council 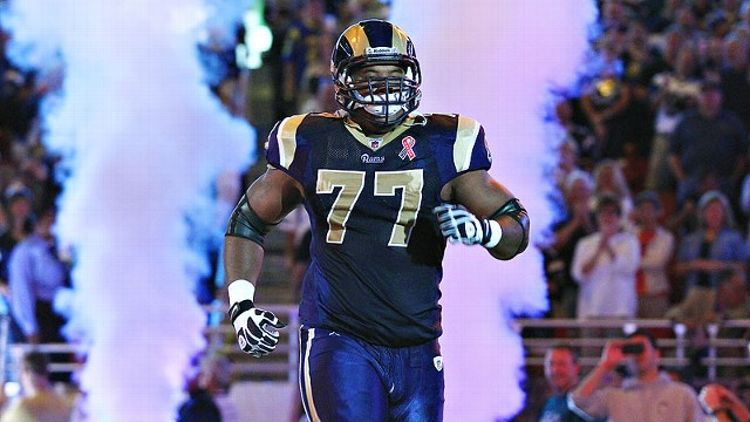 Just Havin' Fun Out there

It doesn’t come as a surprise, but Jason Smith’s time in St. Louis is finally over. The Rams reportedly agreed last night to send the former no. 2 overall pick to the Jets in exchange for similarly maligned tackle Wayne Hunter. The move gives new Rams (and former Jets) offensive coordinator Brian Schottenheimer a familiar face for his swing tackle, but it also marks the failure of yet another draft pick for the Rams.

Smith is the second first-rounder from the 2009 draft traded in as many days, with Vontae Davis being the other. That year was former general manager Billy Devaney’s first with the team, and a year after the Dolphins took Jake Long and saw an immediate turnaround, the Rams hoped to establish a bookend on their offensive line as well. Coming out of Baylor, Smith was a converted tight end who was supposed to have the feet and frame to develop into a stalwart left tackle for the next decade. A mix of injuries and poor play was enough to keep that from happening, and it soon became clear that 2010 second-round pick Rodger Saffold, and not Smith, would get the chance to be St. Louis’s left tackle of the future.

Devaney led three drafts for the Rams, and at this point, Smith is probably the only definitive disaster to come from them. James Laurinaitis, who went in the second round in 2009, has been a steady force in the middle of St. Louis’s defense. Saffold has had his own injury concerns and hasn’t exactly been a rock when healthy, but 2012 should be an important year for St. Louis to know just what they have on the left side. The Rams’ first-round pick was the first overall, and Sam Bradford will have a similarly crucial 2012. Bradford took a step back in 2011 after a rookie campaign that can only be called a success by the standard of rookie campaigns. The team’s first-round pick last year, Robert Quinn, will get his chance this season as he steps in for the underrated James Hall and pairs with Chris Long on the edge.

The three years of Devaney drafts can hardly be called a rousing success, but the team’s problems in the past few seasons started way before he was the one in charge. Looking at the Rams’ selections in rounds 1-3 in the five years before Devaney’s tenure, it becomes clear why St. Louis has been the ideal of NFL futility since the end of the Greatest Show on Turf. Of those 17 selections, two of those players, Chris Long and Steven Jackson, are currently on the Rams’ roster, seven have roster spots with other teams, and eight are looking for work.

Les Snead spent the past 13 years with the Falcons before taking over for Devaney early in 2012 and managed to stockpile draft picks early by trading the no. 2 overall pick to Washington. The Rams had five selections in the first three rounds, including LSU defensive tackle Michael Brockers in the first and troubled but talented cornerback Janoris Jenkins in the second. Reports out of Rams camp are favorable for both, and considering the draft history of the past two regimes, they’d better be.

Spoiler alert: Depending on the quick turnaround skills of the HBO editing crew (I have faith) this episode of Hard Knocks could be pretty great. Aside from the sad news that former basketball player/finance worker/”per ushe” user Les Brown is leaving us, the Vontae Davis drama has the Karlos Dansby Leadership Council spouting off in ways that don’t figure to please Joe Philbin. According to the Miami Herald, Reggie Bush’s comments about the deal immediately led to a Dolphins publicist intervening. Dansby was apparently given enough time to fire off this gem: “He’s a great player, one of the best corners in the game. I’m not sure about the direction of the team. That’s not my place. My place is to play hard and be the leader of men.” It sure is, Karlos. It sure is.

All things considered, the mood could be much worse at the Pittsburgh Steelers facility this morning. After suffering a pretty gruesome-looking knee injury in Saturday’s preseason game against the Bills, it looks like first-round pick David DeCastro will not be placed on injured reserve. “Fortunately, he’s not done for the year,” Steelers offensive-line coach Sean Kugler told the Pittsburgh Tribune-Review. “It is going to be a long comeback for him, but just the fact that it wasn’t something devastating that ended his year [is positive].” DeCastro was considered by many to be one of the safest picks in the entire draft and was seen as a key addition to an offensive line that has lacked continuity in recent years.

As Pittsburgh loses one starter, it reportedly will be gaining another this week. Mike Wallace was seen entering the team’s headquarters this morning. Arriving late, it’s unclear how quickly Wallace will be able to be a full-time member of Todd Haley’s offense, but having him on the field in any capacity in Week 1 is good news for Pittsburgh.

More Just Havin' Fun Out there

See all Just Havin' Fun Out there