The Huddle: Vontae Davis Is the Instrument of the Colts’ Liberation (Also: Pay Wes Welker, and Jerry Jones Pizza Rap) 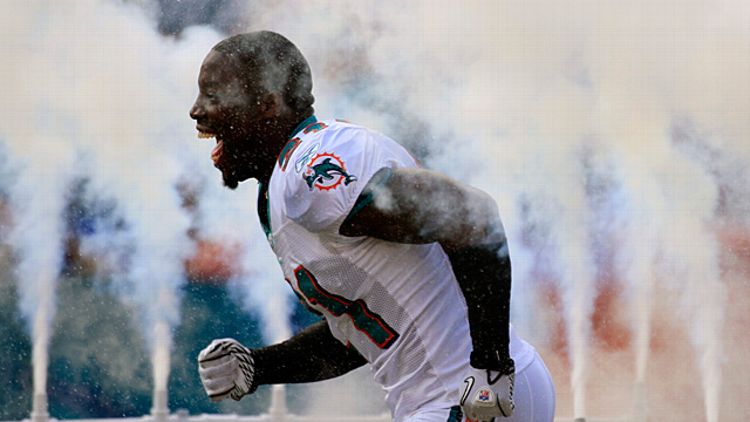 Every bit of this Karen Guregian blog post for the Boston Herald is so perfectly Bill Belichick that I don’t think anything could make me happier. It starts with the news of Aaron Hernandez’s new $40 million extension, which comes on the heels of Wes Welker’s very public griping about his own contract situation. It’s no secret that Belichick’s Pats have never let loyalty get in the way of business matters, but an apparent willingness to jettison Welker is a far cry from dealing Deion Branch. Welker has caught at least 110 passes in four of his five seasons in New England, including a 122-catch, 1,500-yard 2011 campaign. Allowing Welker to walk would take the Patriot Way to an entirely different place — the place where we might finally be able to conclude that Belichick has lost his mind.

The only thing more Belichickian than New England’s approach here was Welker’s response. “I think you have to ask coach (Bill) Belichick that,” Welker said when asked how Hernandez’s deal affects him. “I’m just going out here trying to do my job to the best of my ability and let everything else take care of itself.”

Not to be outdone, Belichick described Welker, who missed Friday’s preseason game for “personal reasons,” as “day-to-day,” despite no indication that Welker is injured … at all. Your move, Wes.

SERIOUS TRADE WINDS. OK, so Vontae Davis wasn’t the sort of player people had in mind when Jim Irsay went all Jim Irsay late last week, but the move might be bigger than it seems for the Colts. After a decade of a Cover 2 defense that could easily disregard spending a lot for players on the outside, the Colts were seriously lacking in the cornerback talent necessary in Chuck Pagano’s man-heavy defense.

The sort of problems that have followed Davis were touched on briefly during the first three episodes of Hard Knocks — getting to camp out of shape, being outshone by fellow starter Sean Smith, drawing a silly personal foul in a preseason game. The former first-round pick is the type of player Pagano would covet — a big, physical, man-coverage corner that allows for a lot of creativity in rushing the passer. The issue with Davis has been as much the mental side of things as it has been the physical. Still, giving up a second-round pick for a 24-year-old with a lot of ability and sticking him with a proven defensive mind seems like it’s probably worth the risk.

Series of messages sent this morning from my only Cowboy-fan friend:

“So, one of the things I always miss about watching the NFL outside of the Dallas market is you miss some of the insane local Cowboys tie-in ads.”

“This is apparently the one for this year.”

I’ll let you soak that in for a bit.

Since jumping off stairs and laying down flow about pepperoni obviously weren’t enough for one weekend, Jerry also decided he needed to reinforce his position as King of Everything by giving Dez Bryant a stern talking-to. The problematic wide receiver has reportedly been given a series of guidelines that include a midnight curfew, no consuming of alcohol, no strip clubs, and a mandated security escort to games and practices. For anyone else, rapping in a Papa John’s ad and having to babysit a talented but troubled employee would make for a big couple days. Not for Jerry. This is what he does.

This happened. And that’s really all I’ve got.

Peyton Manning impresses, and other notes from the weekend’s preseason games

As we all know, the third week of the preseason is the only week that maybe almost matters, and with that in mind, here are a few of the notable performances from the weekend.