The Ginger Cringer: Brandon Weeden’s Glorious Arrival to the BQBL 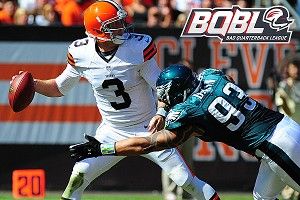