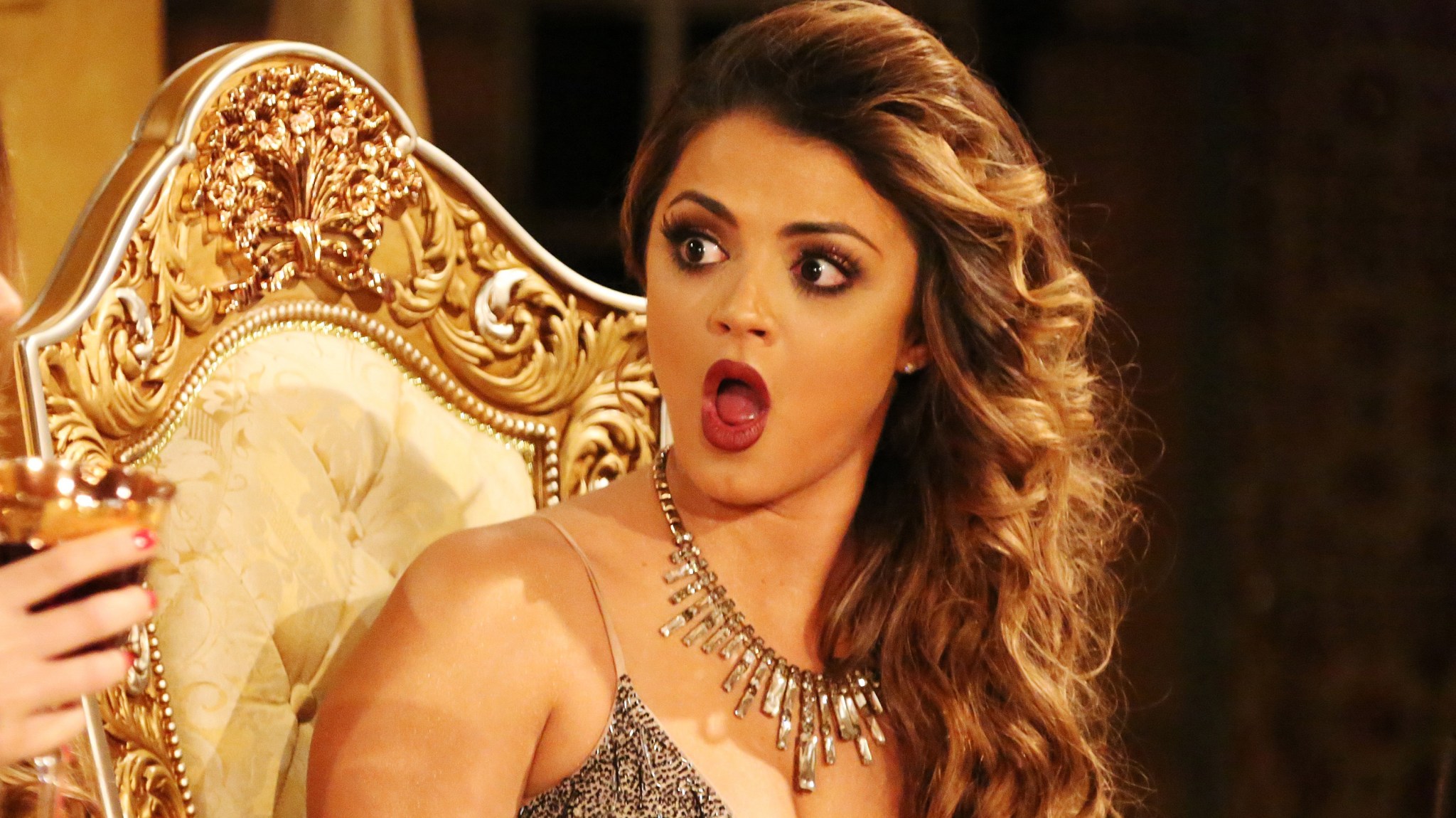 It is happening. The corporate cupids at Disney/ABC1 have confirmed that the Bachelorette bro bios are going to be released next week on the interwebs. Now, to casual fans of The Bachelorette, this means very little. You see, most people aren’t going to obsess over every single nugget of information presented in the online profiles of the two dozen handsome bros battling for the affection of the Britt/Kaitlyn combo. Most people who watch the show never even go to its website. However, the people who read “Lowbrow Highlights” and listen to the Right Reasons podcast know that bio release day is cause for celebration. And cause for us to go on a deep dive into the clothes, smiles, occupations, and favorite movies of the bros dumb enough to sign up for this ridiculous, thoroughly enjoyable “journey.” In honor of this momentous event, my podpartner Juliet and I are hosting a live Right Reasons recording. Check it out if you are in L.A.: 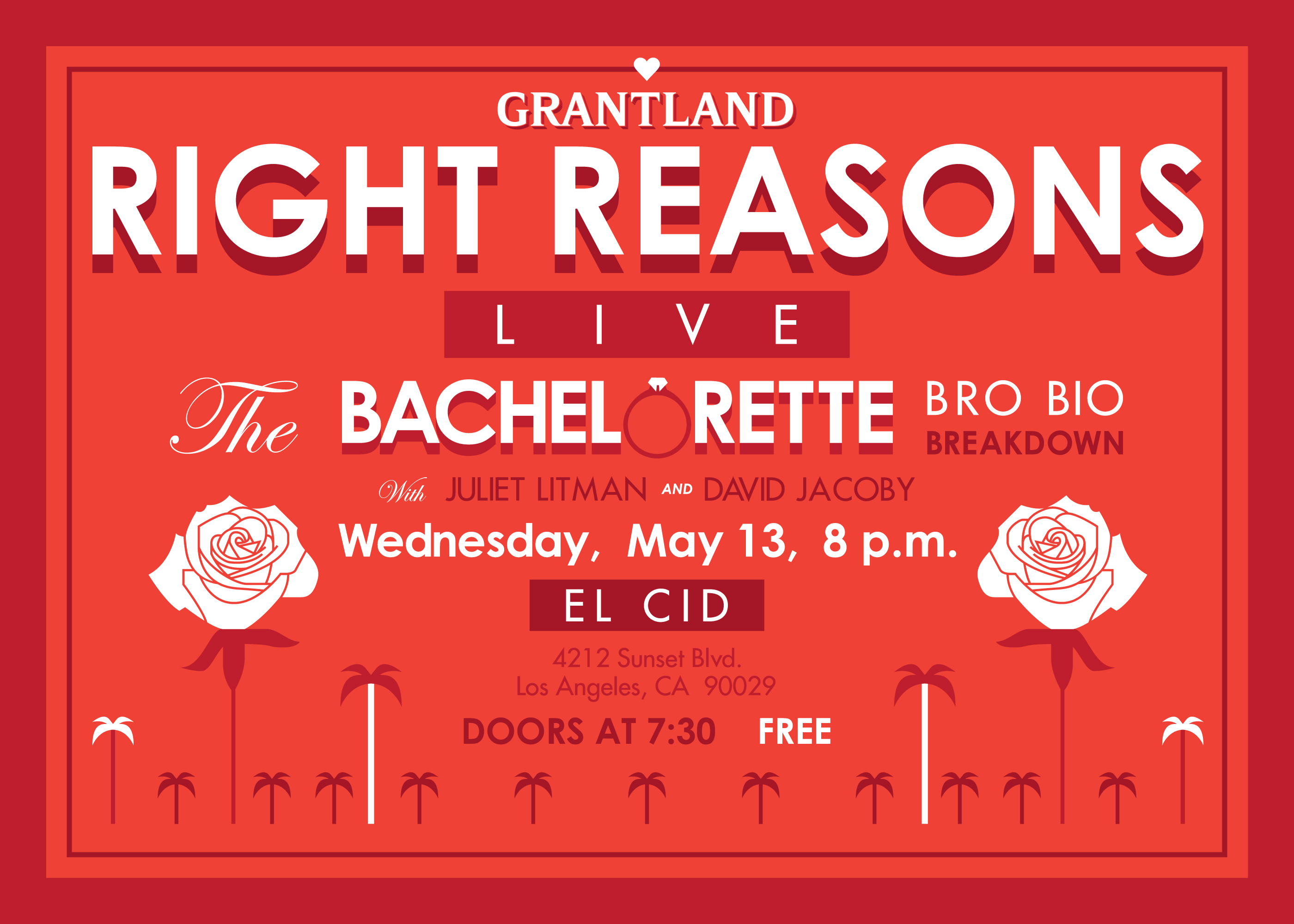 While next week is exciting, we can’t lose sight of the week in the rearview mirror. There was an inappropriate intervention on Southern Charm, we met a brilliant iguana on Naked and Afraid, and, best of all, GG experienced a glorious rebuffed coitus invite on Shahs of Sunset. Let’s start there.

I have written before that GG on Shahs of Sunset is the perfect woman to date — for three dates. She is very attractive, well spoken, and has an open, playful approach to life. After the first two dates with GG, a couple dozen funny text exchanges, and a few sexts, any guy who is dating her is saying to himself, “Wow, there might really be potential here. Sure, she wears more makeup than a circus clown and doesn’t have a job, but I can get past that. Might be time to go exclusive with her.” Then, what happens is what always happens: Eventually, GG can’t repress the crazy any longer, tries to stab someone with a kitchen knife, and the relationship ends. This week on Shahs, though, things actually went very differently. No, she didn’t end up in a relationship. She ended up letting out the crazy on the first date.

The guy she was dating was a fella she met at a party and exchanged numbers with. After three months of textual courtship, she finally agreed to see him again in person. She was hesitant, because he didn’t have any tattoos. She seems to thinks guys without tattoos are square. Of course, GG’s first-date attire is a simple black top with a very telling message on it: 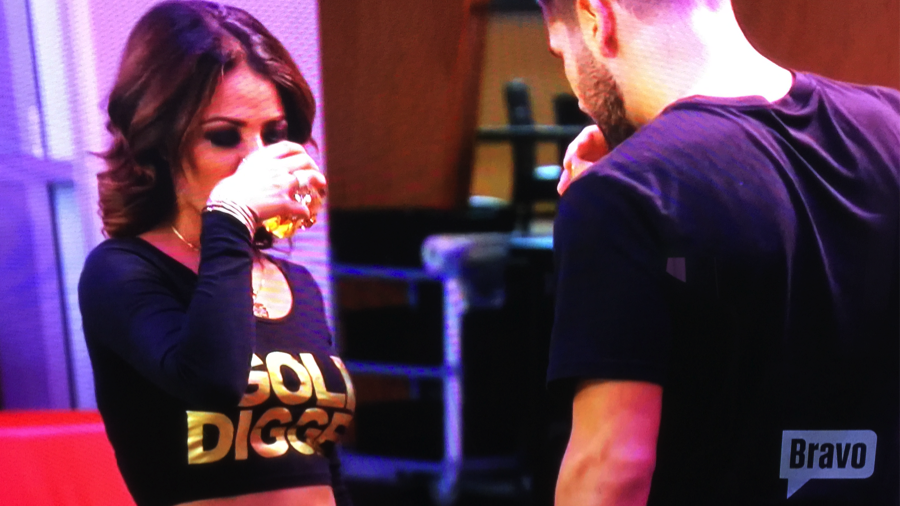 Not the best look for a first date. The activity they (read: the producers) chose for this first date was bowling. The activity GG chose for this first date was drinking. Before homeboy even arrived, she was a Jack, neat, in. I am always impressed by those who sip whiskey neat. I feel like sipping whiskey neat is like smoking cigarettes: You do it more for the aesthetic, more for what people will assume about you, than for the enjoyment of the actual product. That wasn’t the case for GG on this date, though. She sipped whiskey neat because it was the most efficient route to Slammertown. At one point, she blurted to her date, “We’re drunk,” and he calmly replied, “I’m not drunk.” Then she made out with him. Slurry, blurry, and not in a hurry to leave, she dropped the Slammer Hammer:

On Naked and Afraid, they are always making traps to catch wild animals. Thing is, though, these traps never work. Anyone who watches this show has seen the cast members spend days twisting together vines and sticks into a fish trap, religiously check said fish traps, and find them with, you know, zero fish in them. This week on Naked and Afraid, a particularly industrious fella really attempted to put his hours and hours of watching YouTube “survival” videos to work: He made a fire starter that didn’t work out of rocks and sticks; he failed to use glass to make fire; he made a snare that was supposed to catch a mammal but didn’t work; and he made an iguana trap that didn’t work. Well, the iguana trap came close. He put a piece of coconut at the end of a stick and attached a snare 75 percent of the way up the stick to catch the iguana as it made its way toward the coconut. He then sat and watched. And watched. And watched. Finally, a hungry iguana made its way up the stick toward the coconut. Watching it on your couch, you totally thought that this would be the first successful trap in the history of “survival” reality TV. However, the iguana looked at the trap, was almost about to get caught in it … 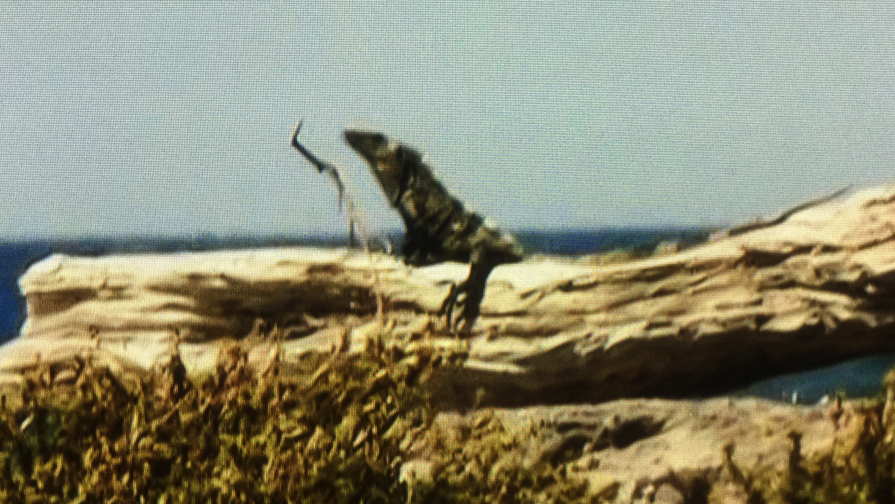 … said, “Fuck your trap, son,” and then just knocked it out of the way and ate the coconut.

The lesson here is that if you are ever trapped in the wild and forced to trap animals for your survival, save yourself the trouble and just eat the bait. Animals aren’t as dumb as you think they are.

Craig from Southern Charm likes to get fucked up. He has mentioned not sleeping for three days, and he just got fired from his job because he routinely showed up to work at 3:30 p.m. and goes out every single night. Craig’s friend and party partner Shep has explained to him multiple times that it is OK to get inslopsicated every night if your family is rich. But Shep has also explained that Craig’s family isn’t rich enough to support the slammerfaced lifestyle that Shep and way-too-old-to-be-hanging-with-these-two Whitney enjoy. This week on the show, fresh off the firing, Craig took Shep and Whitney from Charleston to his hometown in Delaware to meet his family. He explained to them en route that he didn’t want to tell his mother and father about, you know, being a total fuckup. What did Whitney do? He told Craig’s family about how Craig is a total fuckup.

For whatever reason, this enraged me. Friends don’t allow friends to completely self-destruct, but friends do allow friends to maintain the illusion that they aren’t completely self-destructing in front of their parents. Snitching to someone’s parents about how fucked up they are — while sitting at their parents’ table, in their house — just seems wrong. I know Whitney can hide under the “I was just trying to help you because your life is falling apart” intervention thing, but there is a better way to do it. In fact, this week’s Lowbrow Highlights Top Five is the Top Five Things Whitney Did Wrong While Trying to Fix Craig’s Life, listed from “That isn’t so bad” to “I think this man is the antithesis of Oprah”:

5. Being in your forties and hanging out with dudes in their twenties

4. Holding an “intervention” on national television

3. Explaining during the “intervention” that you are allowed to be a fuckup if your family is rich enough

2. Staging an “intervention” at Craig’s family’s home over dinner in front of his parents

1. Conducting an “intervention” while, you know, drinking booze

Those are all the Lowbrow Highlights for this week. Next week is my favorite column of the year to write: the Bachelorette Bro Bio Breakdown! I can’t wait. Until then, don’t hold any interventions while holding a Miller Lite, don’t get slammered on a first date, and, as always, don’t forget to listen to The Right Reasons and enjoy the SHIT out of your weekend.

Always Give the Naked Man Your Motorcycle, and Other Lessons From Action Movies