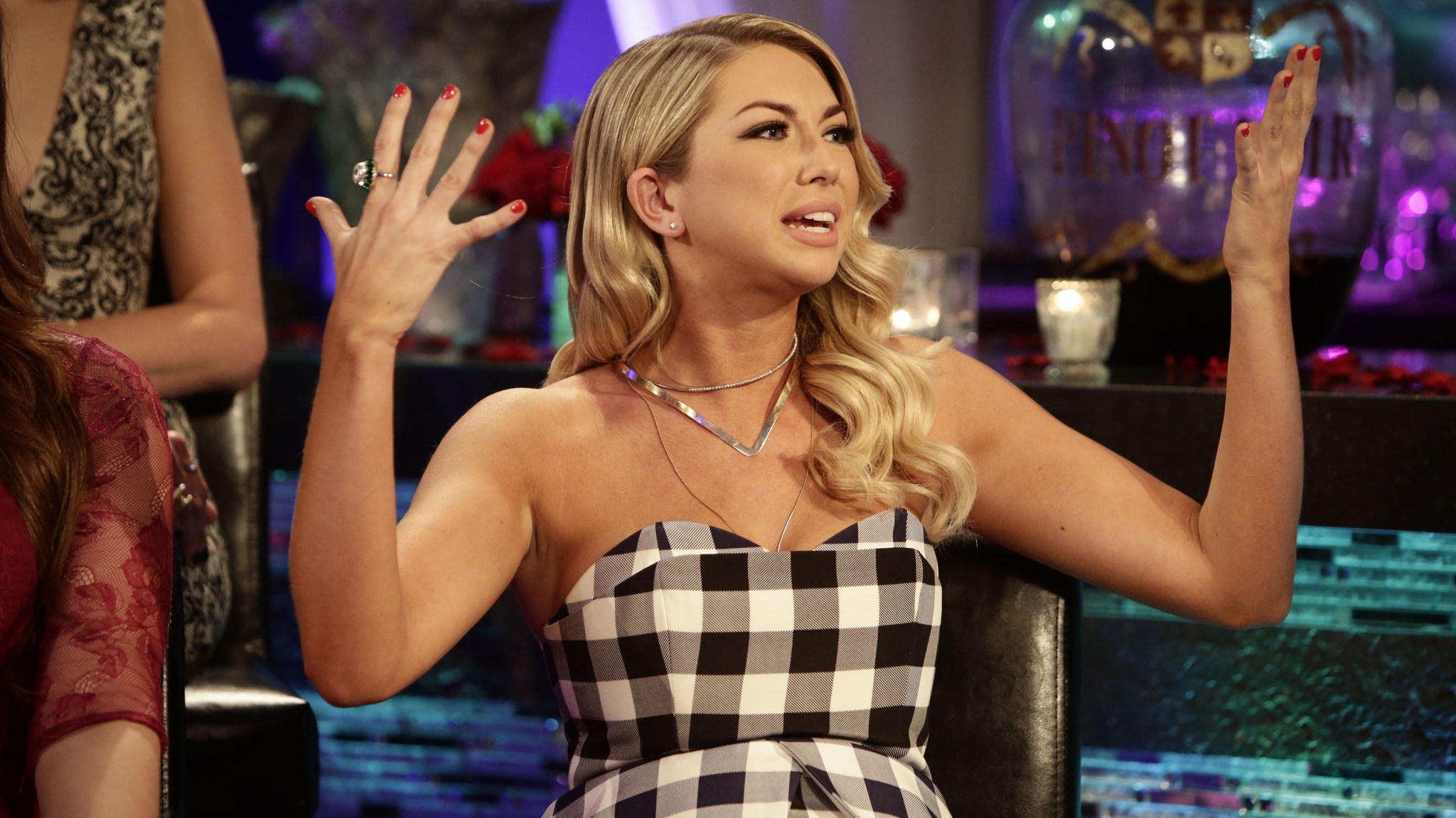 In a week that features a sexual assault on The Challenge, the end of a six-month run of Vanderpump Rules, and the return of Shahs of Sunset to the column, we are starting this week’s Lowbrow Highlights with a simple request for a snack. Slammered Nany has a question:

“DO WE HAVE REESE’S PEANUT BUTTER CUPS?”

Team BaNany has had a great run this season despite being knocked out in an early dome. Thanks to a TJ twist, the members of BaNany found themselves in a losers’ bracket they tore through week after week — mainly because they were competing with losers, sure, but they tore through it nonetheless. This week they were faced with one last dome to earn their ticket to the final. Bananas prepared by throwing on his best saggy winter hat, glasses, and serious face and heading to the bar. Nany prepared by getting absolutely fucking kaslammered. Upon arriving back at the Challenge Headquarters, Slammered Nany had one question:

There is no way I am letting this brilliant performance go without making it the Lowbrow Highlight Top Five moment of the week. This week’s Top Five is the “Top Five Most Triumphant Aspects of Nany’s Reese’s Request,” listed from “I guess that was cool” to “How has Oprah not named her as a successor like Lucious did Jamal?”

5. “I told her not to do six shots”: This was Bananas’s reaction upon seeing how inslopsicated Nany was on the eve of their final dome. Only when you are filming The Challenge are FIVE shots acceptable, but six — six is crazy.

3. The granola bar request: I love how Nany first was like, “You know what? Tomorrow is a big day, I should have a sensible snack” and then asked for a granola bar. Without even hearing the answer, she course-corrected and went for the Reese’s. Also underrated: that she didn’t ask for “a peanut butter cup” — she asked for a “Reese’s Peanut Butter Cup.” She doesn’t want any of those Justin’s organic bullshit-ass peanut butter cups. No Canal Street cups for Nans.

2. The furniture: Are there no chairs in this house? No beds? No stools? No pillows? Why is Nany using Jenna and only Jenna as furniture?

1. She dies at the end: Watch how, right after she says, “Buy wan um,” her eyes roll back in her head, she loses control of her back muscles, and she slams her head to the floor. If this clip were on Banned From TV Part 6 and the VO guy told you Nany was the first person to be filmed dying from alcohol poisoning on reality TV, you would TOTALLY BUY IT.

“The fact I am marrying a stranger is just the craziest thing, right? Like, holy shit, who is this person?” —some dude on Married at First Sight

I am still processing whether or not I am going to stick with this show, but here is the premise: Couples are set up by matchmakers, get married without ever meeting each other beforehand, and then have their marriages filmed and aired on TV. I just watched the first episode of the second season, and I am intrigued. Granted, it is pretty hard to watch without repeatedly asking yourself, “Why are they doing this? Do they know about Tinder?” But once you mute that loop in your brain with a simple “It actually isn’t that big a deal; they can just get divorced” and you realize that seeing someone get a tattoo is much more of a commitment, it starts to get kind of fun. Of course, they ended the first episode right before the prospective newlyweds, you know, met and married each other. And if that doesn’t make you watch Episode 2, I don’t know what will. Oh wait, yes, I do: There is a woman named Pepper on it. And she is a doctor. THE REAL DOCTOR PEPPER IS ON THIS SHOW.

Nia, what the hell are you doing? I am not going to recap the whole incident, providing the backstory and potential motivations, because what she did on this episode of The Challenge was inexcusable. She was upset at Jordan and, as Nia is wont to do from time to time, she went full-on fucking Hamilton. Normally, she is just over-the-top aggressive, below-the-belt disrespectful, and, you know, violent. But this time she went over the line, and over another line, and then over the cliff.

There is basically only one rule that you need to abide by in life: “Do unto others as you would like them to do unto you.” Nia would not want Jordan to forcibly touch her genitalia, she just wouldn’t. Given that the show has had a history with sexual assault, they quickly sent Nia packing. Luckly, America’s favorite trashman, Leroy, had also hooked up and flamed out with Theresa, so she was shipped in to replace Nia. Huge upgrade. Leroy and Theresa went on to bounce BaNany and move into the final. I hate it when my favorite show gets all serious and dark; however, I love it when things work out for Leroy.

Stassi spent the entire season of Vanderpump Rules being hated by everyone on the show, and she spent the entire two-part reunion being hated by everyone, too. There was one interesting revelation, when the topic turned to “the real reason Stassi hates Scheana.” I didn’t expect much to come of it, because Stassi will turn on you if you don’t return her emoji text fast enough or whatever, but then she revealed that the reason she hated Scheana was because … wait for it … Scheana was telling everyone about Stassi’s sex tape. A sex tape, mind you, that Stassi brought up herself, that she stars in by herself, and that her ex-boyfriend came to SUR to show “everyone.” Methinks Stassi’s rage lasers should be pointed at the ex-boyfriend who is rolling around playing it for everyone like it’s the new Kendrick album, but, as we know, Stassi’s rage lasers are capable of demolishing multiple targets.

I still hold my position that Stassi is a star and will one day have her own, very popular show. There is no other woman on TV who can ether a chick with the combination of wit and hate that Stassi can. I really hope she gets her own show. I also hope, for her sake, that this “sex tape” never comes out. And I really, really hope that the “ex-boyfriend” isn’t Jax. I still can’t believe she dated Jax, even though I watched it for two seasons.

It was time for them to go, but I will miss the SURvers. They will no doubt be back for Season 4.

GG from Shahs of Sunset is attractive, articulate, considerate, and dresses (relatively) well. She is the type of girl you go on four dates with and you think has the potential to be your girlfriend. You tell all your friends about how great she is — and then she pulls a knife on you. Not great for a long-term relationship, but perfect for reality TV. I love the Shahs; they will never replace the SURvers in my heart, but they will make a great THOT show for me while my bottom show (Vandy) is gone for a while.

This column won’t be gone for long. Check back next Friday for a Married at First Sight update, listen to The Right Reasons, and, as always, enjoy the shit out of your weekend. Until then.

Thought ‘The Jinx’ Was Fascinating? Wait Until You See These Docs