Thought ‘The Jinx’ Was Fascinating? Wait Until You See These Docs 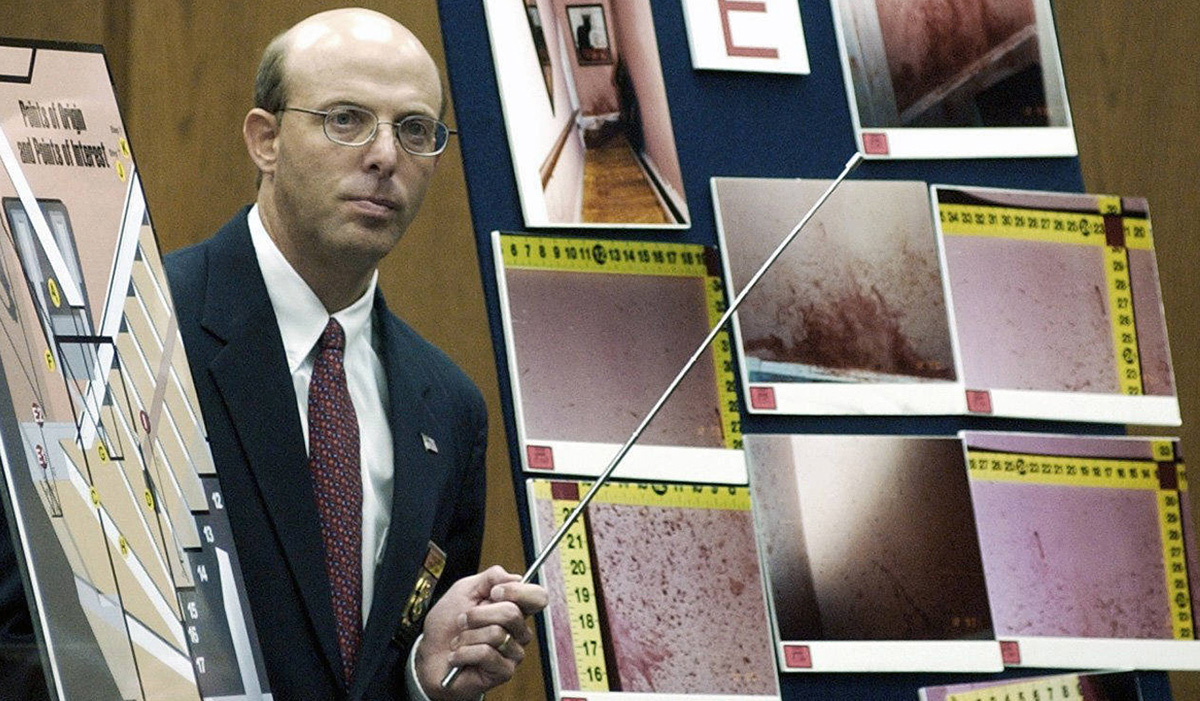 If the end of The Jinx has you hunting for more documentaries about OBSESSION, we’ve got you covered. Here’s a playlist of docs to get you through the long nights ahead. Most of them happen to be about obsessed white dudes on Andrew Jarecki–like quests for truth. Most of them are also not true crime, but you don’t have to allegedly kill three people to totally freak people out.

The Staircase is the story of Michael Peterson, a novelist accused of murdering his wife by pushing her down the stairs. He maintains that she fell. Don’t you dare read anything about The Staircase in advance, just start watching it. The eight original 45-minute episodes are called The Staircase, and then there is a two-hour follow-up doc called The Staircase II: The Last Chance updated with new info on the case. If you’re still reading this and you haven’t seen The Staircase, stop reading and go watch it right now. NOW!

This 2002 documentary is dark. It follows Scott, a father of three children, who has a midlife crisis that draws him into the bustling rave scene in California’s Calaveras County (famous from a Mark Twain story). Scott, who married and divorced his high school sweetheart, is late to the party but he goes all in. We see him rolling his brains out, bonding with fellow ravers, and generally wearing a visor upside down. The problem is that Scott wants to party with his kids, who are also ravers. The doc’s centerpiece is a jaw-dropping bummer of a scene in which Scott pressures his 13-year-old son to take ecstasy for the first time at a depressing teenager-heavy apartment hangout, against the wishes and advice of Scott’s older teenage son, who has a point. If you like MTV’s True Life and other really intensely detailed character studies, you won’t be able to help but get dragged into Scott’s world.

Ostensibly a documentary about haunted house enthusiasts in Fairhaven, Massachusetts, The American Scream is also a portrait of some really fascinating human beings. Three yearly home haunts are spotlighted. Father-and-son team Matthew and Richard Brodeur are incredibly compelling, but the star may be Victor Bariteau, a mild-mannered father who has an intense preoccupation with his Halloween haunted house that alienates his family and turns Victor into Jack Torrance from The Shining, if Jack had been into crafts. It’s directed by Troll 2 star Michael Stephenson, who also directed Best Worst Movie about the cult of Troll 2 and knows a few things about horror kitsch himself.

We Live in Public

Ondi Timoner profiles Josh Harris, who came early to Internet television and basically everything else about our modern social media culture of surveillance. Harris scored in the ’90s dot-com boom with webcasting site Pseudo.com, using his money to fund an art project commune called Quiet, where a group of New Yorkers checked into an underground bunker with cameras and closed-circuit video for nine months. Harris’s art project “We Live in Public” involved a 24-hour webcam feed of Harris’s life with his girlfriend at the time, which (spoiler alert) totally fucked up their relationship. Harris is impossible to look away from as his efforts to secure a permanent virtual audience for his antics increasingly interfere with his IRL world.

The White Diamond is Werner Herzog’s study of Graham Dorrington, who dreams of building and flying an airship. The problem is that Dorrington’s dream has already been tried, and it resulted in the death of cinematographer Dieter Plage (not to be confused with Dieter Dengler, of Herzog’s Little Dieter Needs to Fly). The doc is largely a clash between Dorrington and Herzog. Dorrington argues that a successful second flight will help avenge Plage’s death, while Herzog tells Dorrington that he is an idiot who is pursuing a “folly” for his own personal satisfaction, which could kill Dorrington and Herzog too.

Perhaps the best unintentional comedy of the last decade, Seduced and Abandoned is the true story of Alec Baldwin and James Toback going to the Cannes Film Festival to try to raise money for a movie to be directed by Toback, starring Baldwin, that they describe as being like Nine 1/2 Weeks against the backdrop of the Iraq War. The documentary, directed by Toback and available on HBO Go, follows Baldwin and Toback as they pitch their way through Cannes while being told by everyone that they are washed up. Both Toback and Baldwin are spectacularly unself-aware, but so is everyone else at Cannes. They trick a bunch of famous people into being in the doc by telling them it’s about the history of the festival, so be sure to watch for Martin Scorsese rhapsodizing about the festival’s history out of context. Other than that, it’s all Baldwin and Toback scamming on billionaires to write them checks and describing how the movie they want to make will be very serious and emotional with extremely graphic sex scenes. The billionaires want to know about the graphic sex scenes in detail, and although Toback had already cast Neve Campbell, he and Baldwin end up promising the billionaires that they’ll cast whichever young babe their benefactors want to see onscreen. The whole thing is depressing and hilarious. It’s basically Withnail & I on the French Riviera.

The Six Degrees of Helter Skelter

Scott Michaels, who runs L.A.-based Dearly Departed death site bus tours, is fanatical about Charles Manson arcana. In Six Degrees, he treks all over the Los Angeles area to 40 locations related to the Manson Family, including Spahn Ranch and the cult’s Death Valley hideout. Michaels, who is more or less the only person onscreen, is an encyclopedia of information about not only Manson but ’60s Los Angeles in general. This movie is a riveting portrait of one man’s obsession with a famous tragedy.

Either you want to see this documentary (available on HBO Go) about a South Korean couple whose child died of malnutrition while the parents became more and more obsessed with an online game about raising a baby, or you don’t.

The best documentary ever made about documentaries, Ross McElwee’s 1986 movie — the full title is Sherman’s March: A Meditation on the Possibility of Romantic Love in the South During an Era of Nuclear Weapons Proliferation — dismantles the idea that any documentary could ever be objective. McElwee starts out making a doc about the Civil War but ends up making one about his own quest to get laid and eventually fall in love. Sherman’s March ends up being a hybrid of genres — a rom-com documentary about an obsessive filmer’s obsessiveness in other parts of his life, and how the constant need to film affects it.