Who’s That Guy? The Colts’ Duron Carter, the Most Intriguing Rookie in Football 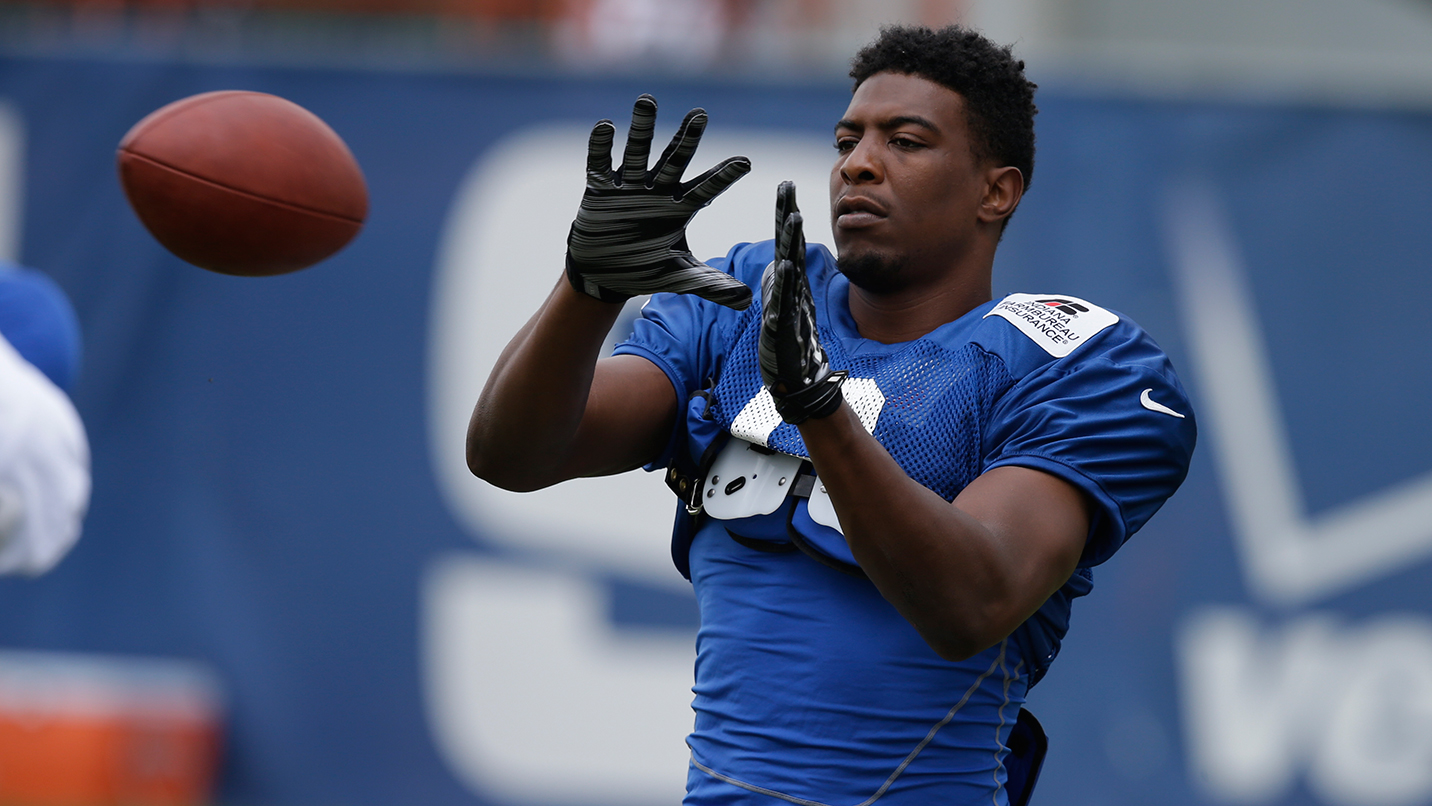 The most intriguing rookie in the NFL might be a guy who wasn’t even drafted. He’s definitely the rookie I’m most excited to watch. When I heard Duron Carter’s name mentioned last week, I remembered the hype that surrounded him as a high school player. It wasn’t long before I had fallen into a wormhole researching what has happened to him since his prep days.

Let’s all get caught up together now.

Where Is He From? Fort Lauderdale, Florida.

You Might Know Him From: He is football Hall of Famer Cris Carter’s son, and he was a high school All-American who initially went to Ohio State.

You Might Not Know Him Because: After playing in every game at Ohio State as a true freshman in 2009, Carter was put on academic probation for the bowl game, and ultimately left the school. He transferred to community college and then to Alabama, and after a year on the scout team, his grades once again cost him a spot on the field. He declared for the draft in 2013, but went undrafted. Then he went to Canada, before finally signing with the Colts back in February.

How Does He Respond at the Moment of Truth?

Matt Hasselbeck on Duron Carter: “He makes catches at the moment of truth.” MORE: http://t.co/focKXeReeD pic.twitter.com/Ad7cIWw8uO

Sorry. It’s just great to have football pundits back in our lives.

His Game in 25 Words or Fewer: “There’s nothing he can’t do. He has the wiggle of a smaller player, uncommon height for a receiver, and … he’s just an insanely gifted competitor.” That was Montreal Alouettes GM Jim Popp.

His Game in 16 More Words: There’s not much tape here, so we’re all pretty much guessing, but the reports sound good.

His Game in Eight More Words: He makes catches at the moment of truth.

There’s also a nice, Beyond the Glory–type segment that details his journey from high school to the CFL.

It is actually crazier to think aliens don't exist, than to believe they do

So What Happened in College? Cayden Cochran, his former teammate at Coffeyville Community College, said of Carter on Twitter before the 2013 draft: “the most lazy, whiny & non-work ethic player the nfl has ever seen … Horrible person & will be a complete cancer to any team on the board.” But then, guess who’s not in the NFL right now? My man Cayden Cochran!

Maybe that’s it. I was looking for redder flags than that when I started reading about him this week, because bad grades and maturity issues shouldn’t have been enough for teams to just to give up on someone with his size. Whatever it was, after a suspension for “undisclosed reasons” at Alabama and the NCAA denying him a waiver at Florida Atlantic, he was done. And while the struggles at Bama may trouble some, the GM of the Montreal Alouettes played for Nick Saban (at Michigan State) and several other coaches on the Crimson Tide staff, and they are the ones who recommended Carter for the CFL. He was called up from the practice squad after five games in 2013, and had 49 catches, 909 yards, and five touchdowns in 11 games.

“I wouldn’t have taken a chance on me either,” Carter told Yahoo Sports back in December. “I would say I wasn’t ready to come out. I just had no idea what it took and what it meant to be a professional athlete at all. I feel like I have started to accomplish that in Montreal.”

Have People Been Buzzing? Oh, so much buzzing.

Colts OC Pep Hamilton on Duron Carter, Cris' son: "Every day he makes a play that makes you say 'Wow'."

Colts said Duron Carter's Friday "might be the best day we’ve seen from a Colts player after a week in Anderson." Caught 4 TD passes today.

Pagano on 3rd WR: "very good problem to have…Duron Carter was plucking balls off DBs heads like they were peanuts." 4TD yesterday for DC

Duron Carter top 10 receiver right now before playing a down, I know my shit & I bet the interest on the $ in my savings bond…

Why You Should Know Him: Aside from the ringing Chad Johnson endorsement — he knows Carter through the Alouettes — Carter’s worth watching because he’s a complete wild card next to familiar faces like Andrew Luck, T.Y. Hilton, and Andre Johnson. He’s still competing for a roster spot with last year’s third-round pick, Donte Moncrief, and this year’s first-round pick (and his former high school teammate), Phillip Dorsett, but it sounds like he’s got a higher ceiling than either of them, and in Indianapolis, he’d be surrounded by the right pieces to help him deliver.

It’s popular to call the NFL a meritocracy and assume that talent always wins out, the best players triumph, and so on. That idea’s misleading — surroundings and opportunity are crucial to success in the NFL, or anywhere else — but I can understand why it gets repeated over and over again. Players like Duron Carter are why.

This is how the league works. For all the guys who hit the NFL as first-rounders destined for big things and then deliver on the hype, there’s always a handful of players who come out of nowhere to be just as important. Whether it’s Antonio Brown (Central Michigan, sixth round) or Cameron Wake (Penn State, undrafted), we see these players every year. Think of Hassan Whiteside appearing out of thin air for the Miami Heat last season, and how crazy that was for the NBA. In the NFL, that happens almost as a matter of course. Pedigree is irrelevant for guys who are just an extra fraction more gifted than the most gifted athletes on the planet.

Doesn’t it seem like Duron Carter could become one of those guys?

He’s got the size to create problems immediately, and playing next to Luck puts him in a better situation than just about any young receiver in the league. And it’d be pretty funny if a Hall of Famer’s son became the latest example of “pedigree is irrelevant.” 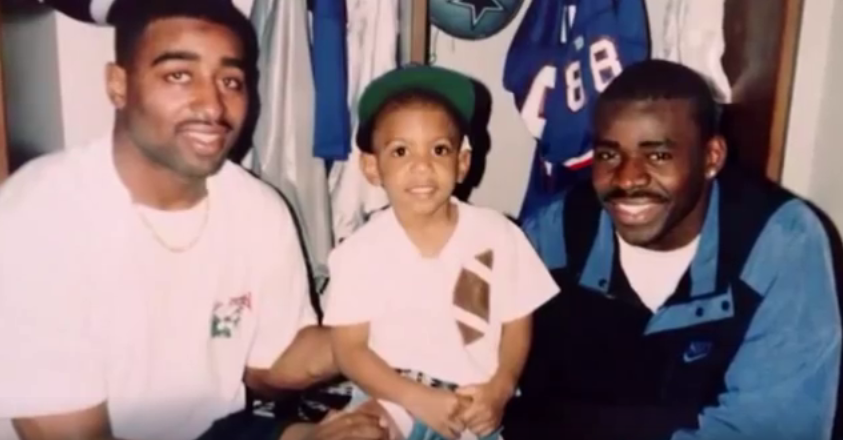 AFC North: How the Ravens Will Regain the Throne