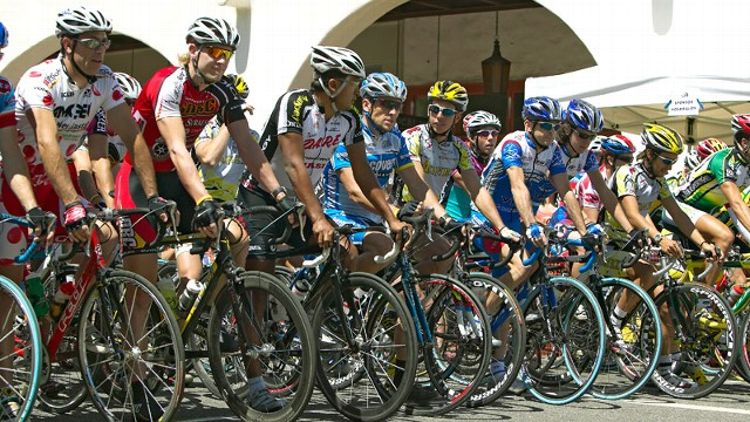 Lance Armstrong was my gateway into the world of professional cycling. After watching a few World Cups and developing a love of international sports that take place in “non-prime-time,” “non-American” hours, cycling emerged as the most worthwhile. Plus, the good ol’ American boy in me always found it fulfilling to watch Lance Armstrong and his perfectly assembled teams demolish the rest of the field. Honestly, I wasn’t quite sure what I was watching, but it was a great story, to see this one-testicled Texan triumph over cancer and a bunch of other international cyclists.

I continued to watch the Tour de France even after Lance’s prime. I was watching when the American Floyd Landis went on his doped-up ride on stage 17 of the 2006 Tour de France, which now seems cartoonish. In 2009, I was rooting against Alberto Contador while Lance was vying to be the leader of the Astana team, even though it was clear that Contador was in top form. I even got a little bit too excited this year when Tejay Van Garderen outperformed BMC Racing’s team leader Cadel Evans at the Tour. I am only now realizing that my hopeless devotion to American cycling was as simple as the non-cycling media’s need to crown any talented, young American rider as “the next Lance Armstrong” just to generate any American interest whatsoever in the sport.

When Armstrong announced that he would not contest the USADA’s charges last week, my TV and news feed were flooded with random historical images of “the fallen cyclist.” Writers and analysts attempted to explain the various legal and public consequences in various legal jurisdictions. It inspired a wave of coverage in the form of legal analysis, exposés of the LIVESTRONG brand and its organizational strategies as a nonprofit, and Philosophy 101–level analysis of the idea of a ‘lie.’ While there are larger health and safety issues associated with the fight against drugs and doping in sports, the cycling fan in me was just annoyed.

There’s so much more to cycling than just Lance Armstrong.

Do you think Lance Armstrong is on Bradley Wiggins’s mind after having the greatest year of his career? Wiggins won the Tour de France and instantly became a British icon, participating in the Opening Ceremony in the Olympics. He went on to win the gold medal in the time trial in the London games. During the Tour, we learned that the weight of the yellow jersey doesn’t just mean that the pressure is on the rider and his team to control the race, but also that, without fail, the press will bombard you with doping accusations. Wiggins labeled all of his haters “wankers” and made it clear how he felt about doping in press conference tirades and a humanizing public statement in the Guardian.

If cycling was big in America, Wiggins’s own Team Sky would melt Skip Bayless’s brain. Team Sky is a British powerhouse, funded with the intention to construct an entire team out of team leaders. Imagine a team deeper and more talented than the Miami Heat’s Big 3, funded by the Yankees’ budget, functionally loaded at every position because they are built for results in every race they enter. They have more money to invest in not only top riders, but also sports science, leading a revolution in coaching and training across the entire sport. On top of that, they have a prominent sports psychologist, which was probably pretty effective in managing the potential conflict between Chris Froome and Bradley Wiggins during a few testy moments at this year’s Tour. At least the team is getting press for “ruining the purity of cycling” with science, training, and psychology instead of complex doping cover-ups.

The most interesting elements of the current state of cycling have nothing to do with Lance Armstrong. Even the perception that his shadow lingers over the current state of the sport beyond the LIVESTRONG bracelets built into team Radioshack Nissan Trek’s uniforms is misconstrued. Sure, we have memories of some of his great climbs or time trials, but riders like Thomas Voeckler and Thibaut Pinot are just as firmly etched in our minds after their epic stage wins in this year’s Tour De France.

As an American, I feel like we’re finally not being lied to when you read the statement, “There’s also plenty to be excited about in American cycling!” Sure, there’s great young individuals to watch like GC contender Van Garderen, time trialist Taylor Phinney, and sprinter Tyler Farrar. But watching the U.S. Pro Cycling Challenge in Colorado was a breakthrough moment for me — it demonstrated American interest in cycling was not contingent upon Armstrong or even just one dominant American rider. The excellent coverage on NBC and NBC Sports was important, making it look and feel like a world-class event instead of just underproduced, tape-delayed content to run at midnight. Plus, all of the fans that showed up on the climbs made it feel like cycling fans in the United States weren’t all hiding on the Internet.

It has been special to watch the extended twilight of American veterans like Christian Vande Velde, George Hincapie, Chris Horner, and Levi Leipheimer. While they have largely played the role of domestics for other contenders in grand tours, their contribution to the advancement of cycling in the United States has to be on par with Lance Armstrong. They will be the personalities that continue to linger around the sport even after their racing careers are over.

I’m not sure if any cyclist will ever be dominant enough to win seven Tour de France races ever again, and I’m not sure they will feel the need to. Lance Armstrong’s objective was to raise global awareness for the fight against cancer, not necessarily to be the greatest cyclist ever. That would require achieving different goals in different years. These days, race organizers are more strategic in creating parity from year to year based on the course map. I like that cycling isn’t contingent upon the dominance of one rider, but the shifting rivalries between multiple in-form competitors.

Every cyclist has a different skill or specialty that’s highlighted on a different day. Some days belong to the sprinters, mountain climbers, time trialists, and insane breakaway artists. There’s a complex hierarchy that could easily topple a baseball fan’s argument about their game being the most nuanced. Do most of the people talking about Armstrong even know what it means to win one Tour de France, much less seven of them? Whether or not he doped, what Lance Armstrong achieved requires a level of dedication, narcissism, and insanity that few people will ever truly understand. I will feel a little bit sad if there is official confirmation that he doped, but I won’t spend time feeling bad for anyone. Lance Armstrong got what he wanted out of cycling. More Americans identify with him as a cancer survivor and a brand builder than as a cyclist. That’s his legacy.

Cycling has evolved into my oasis away from the formalities of mainstream American sports. I feel pretty naive when I think about the infancy of my cycling interest. I was the equivalent of a pink hat fan, except I was wearing yellow.