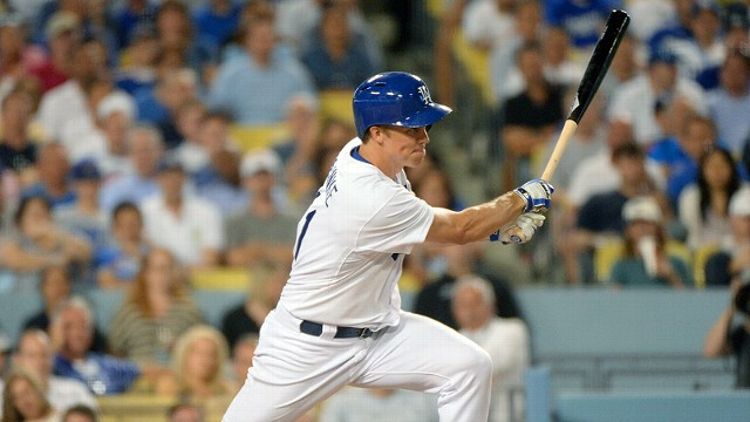 The reasons for the Dodgers’ success are many. We’ve covered Hanley Ramirez’s gigantic bounceback season, the rise of Yasiel Puig, and even the lesser-known players who’ve provided a big boost. Lately, the team’s starting pitching has been the story, with Zack Greinke, Ricky Nolasco, and the great Clayton Kershaw combining to post a 1.31 ERA in the month of August.

But there’s a subtler force at work here. For all the excellent hitting by the Dodgers’ booming bats and stellar pitching by their top arms, one player’s been a crossover success: Greinke, the second-best-hitting pitcher that the game has seen in 40 years.

The American League introduced the designated hitter in 1973. We can’t point to a eureka moment on Opening Day of that year and say, “There! That’s when the world stopped worrying about a pitcher’s ability to hit!” But it certainly is true that baseball has become a far more specialized game during the past four decades. The DH started to spread to levels well below the big leagues, offering less incentive for pitchers to learn the art of mashing. Meanwhile, the act of pitching itself became much tougher. Ballparks shrank, bats evolved into thin-handled, fat-barreled weapons, and hitters became bigger, stronger, and more dangerous than they’d been during the heyday of Ray Oyler and Mark Belanger. To combat those rising run environments, pitchers began devoting more of their time to improving their actual pitching. They honed new pitches like the split-fingered fastball. They tailored throwing and training programs around strengthening their arms and improving their mechanics, using improved technology whenever possible. When pitchers have less to gain from improving their hitting and need to do more to get hitters out, you’re naturally going to see fewer of them put up strong numbers at bat. Which is a damn shame, really. As James Shields recently told Grantland, there are other skills a pitcher can develop — beyond making actual pitches — that can help him win games.

Greinke’s hitting fits that description. In 59 plate appearances this year, the Dodgers right-hander is batting .340 with a .426 on-base percentage, contributing a pair of doubles and even a stolen base. Using Weighted Runs Created Plus, a stat that takes a player’s batting results, adjusts for park effects and the era in which he plays, and spits out a number using 100 as the baseline for an average hitter, we can see how good Greinke’s bat has been compared with other pitchers since the start of the DH era.

* Minimum 50 plate appearances ** This list excludes pitchers who played other positions in the same season, including two-way player Brooks Kieschnick in 2003.

Only Micah Owings has put up a better offensive season than Greinke’s 2013, among all full-time pitchers over the past 40 years. And Owings was an exception of sorts, being so bad at pitching and so good at hitting that he later switched and became a full-time position player.

As impressive as Greinke’s offensive numbers look, you wouldn’t think he could do much damage in 59 trips to the plate. Turns out he can, and has. In 22 starts covering 141⅔ innings pitched this year, Greinke has posted a 3.44 FIP, which works out to about two additional wins for the Dodgers compared to what a replacement-level pitcher (say, Josh Beckett or Matt Guerrier this year) would’ve contributed. Meanwhile, in those 59 plate appearances, Greinke’s .340/.426/.383 batting line has netted about an additional win for the Dodgers. Put another way, Greinke has delivered about as much value with his bat in 59 plate appearances as Juan Uribe has in 336.

This isn’t likely to last, of course. In 106 career at-bats before this season, Greinke had managed just 18 hits, for a .170 batting average. Most of this year’s improvement comes from a .390 batting average on balls in play that’s 136 points higher than his career mark. You could argue that he’s shown genuine improvement this year, with a robust 28.2 percent line drive rate that’s helped fuel that BABIP spike, plus twice as many walks this year as in the rest of his career. But by and large, this looks like a small-sample-size fluke, with a bit of skills improvement behind it.

Greinke’s bat could still prove valuable as the Dodgers gear up for October and a potential run through the National League playoffs. Given his weak competition among moundsmen with bats on their shoulders, there’s a good chance he’ll be the best-hitting pitcher suiting up in the postseason. If he can somehow keep ripping line drives all over the ballpark, though? Now that would be historic.