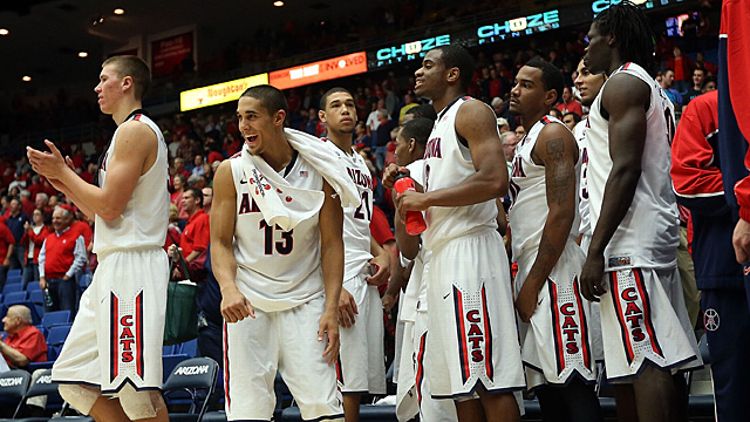 When I was a kid, I was allowed to open one present on Christmas Eve. I’d get really psyched up for this ritual, even though all the prime booty was hidden in a closet somewhere and I had to choose from the secondary tier of gifts sent by relatives, which all looked suspiciously like clothing and had been under the tree for a week. Intuitively I knew that my Christmas Eve present would be crap, but did I care? Is a starving man picky when he finds a morsel of food? Hell no. It was a terrific moment, even if it lasted all of two seconds. But when it was over, and after I had tried on the hunter green JC Penney turtleneck from Aunt Maureen, I had to be restrained from attacking the rest of the gifts in a hurricane of arms, wrapping paper, and saliva (you can open three gifts at once if you’re OK with biting). Every year, as I beat a hasty retreat to my room before temptation overwhelmed me, I realized that the Christmas Eve gift had been a mixed blessing. Yes, I got my pre-Christmas present-opening high, but it was only going to make the night that much longer. I was like a shark that tasted a drop of blood, and now I was in the frenzy zone.

December basketball feels like those late-night moments, stuck in my room, shaking and knowing that sleep is a fantasy. We’ve already had the epic November games, which get better every year, and in a few days we’ll have conference play. But now? Now we just had a stretch of four days in which the best game was unranked Tennessee upsetting barely ranked Wichita State. Or maybe it was a Big Five game nobody noticed because both teams are in a down year. Brutal, brutal stuff. Unlike the turtleneck, I wouldn’t trade in the November experience, but man … we need some real action bad.

Luckily, this weekend provides some relief. Here are the top 10 games, all times Eastern:

Like I said, some relief. Sure, UNC-Asheville may be 3-6, and 0-2 on the road, but remember that time they almost beat NC State? These guys are giant almost-killers, and … forget it. I can’t hype this one. I advise reading the Amazon customer reviews for the Hutzler 571 Banana Slicer instead. It can save your marriage!

As I said on Monday, I’m a big fan of in-state rivalry games, no matter the circumstances. Also, I’ve always wanted to see a game in The Pit. One, it’s called “The Pit.” Two, it’s sort of underground. Three, it gets very, very loud. Four, I had my mind blown when I found out yesterday that Jim Valvano and the Wolfpack won their title on that very floor in ’83. I wish we still had Final Fours in cool venues. Wouldn’t it be awesome to see Duke play for a title in Cameron? No? Nobody?

Two undefeated teams! Watch this game for Brandon Paul, and, uh … listen to this interview about a new Montreal law that could force dogs to become bilingual. The Drudge Report tweeted it out, so it must be real.

Coming into the season, I thought Michigan was overrated. Then Nik Stauskas becoming a super-freshman happened, and Tim Hardaway Jr. rediscovering his shot happened, and Mitch McGary singing Justin Bieber happened, and now I think they might actually be underrated. Plus, Trey Burke can just be Trey Burke if they ever get in trouble. Really, though, when you look at their offensive efficiency, defensive strength, and slowwww tempo, it’s like this team was designed to beat Indiana.

It’s a second shot for Memphis, who didn’t look good in losses to Minnesota and VCU in the Bahamas. Now they’re at home against a Louisville team playing without defensive monster “Gorgeous” Gorgui Dieng, and Tigers coach Josh Pastner could really, really use a win. But based on the fact that his team turned it over 22 times against VCU’s pressure defense, and Louisville is like VCU on steroids, I’m not seeing it.

Creighton has looked excellent this season, but they’ve only played one true road game. That was against a really poor Nebraska team, so this game sets up as the Blue Jays’ first big away test. And it will tell the rest of us whether we should take them seriously as a March contender, or whether we’re looking at an MVC champ who will lose to a mid-level BCS team in the round of 32. (Note: I HATE the fact that I can no longer say “second round” without people wondering whether I mean the traditional round of 32, or the newfangled “second round,” which is actually the first round re-branded because of the First Four nonsense. “Round of 32” is no fun. Luckily, I’m saved from later-round confusion by catchy terms like Sweet 16, Elite Eight, and Final Four. Which means we need new names for the rounds of 32 and 64. I’m taking suggestions and will reveal the winner on Monday. All I can think of at the moment is “Core 64” and “Pretty Coo’ 32.” That’s “Coo” without the “l.” Please rescue me from my horrible ideas.)

First off, I just really like watching Kansas über-fresh-mensch Ben McLemore play. He’s so good that we can’t just call him “super”; we gotta make it Germanic. Also, Belmont might be deceptively good. They beat Stanford and hung with VCU in a 10-point loss. At the very least, they should fare better than Colorado. Sneaky upset watch.

Not-so-sneaky upset watch. The ‘Zags lacked athleticism against Illinois in their first loss of the season. KSU has been steady, with its only loss coming to Michigan, and KenPom tells us that they get a ton of offensive boards and play great defense. Expect a grind.

Georgetown forced Indiana into overtime by limiting their transition game and playing slow to keep total possessions down (Indiana averages 71 possessions per game, but reached only 70 against Georgetown despite having five extra minutes). Otto Porter and Markel Starks had big games, and Cody Zeller may have been sick. Butler isn’t quite Georgetown, but the Bulldogs play slow and have two guys in Kellen Dunham and Rotnei Clarke who can hit 3’s and exploit a potential mismatch with Jordan Hulls. Don’t get me wrong — the Hoosiers will have to go really, really cold to lose this game, but Butler may be exactly the type of team to force them into a frustrating pace and tighten things up.

The best game in December, bar none. Mark Lyons, Solomon Hill, and the Arizona bigs vs. Florida’s stingy interior defense and the best pair of gunners (Kenny Boynton, Mike Rosario) in college basketball? It’s going to be awesome. Can I rant for a moment about the start time, though? It’s Saturday night, schedulers. People are out. As a young man on the verge of 30, I can’t be inside on too many consecutive Saturday nights or it’ll trigger a premature mid-life crisis. Seriously, why would you have your marquee game at 10 p.m.? I know it’s out West, but a sweet little 4 p.m. game would be perfect. Even 8 would be OK; at least then I could arrive late somewhere. But when you tip off at 10, you’re forcing me to choose between going out and staying in to watch your game. It won’t end till midnight, and at that point the social train has left the station, and there’s no way to catch up. I’ll be catching this one on ESPN3 the next morning, but inevitably someone will spoil it. How dare you fail to consider my specific needs when scheduling your basketball game, NCAA! For shame.