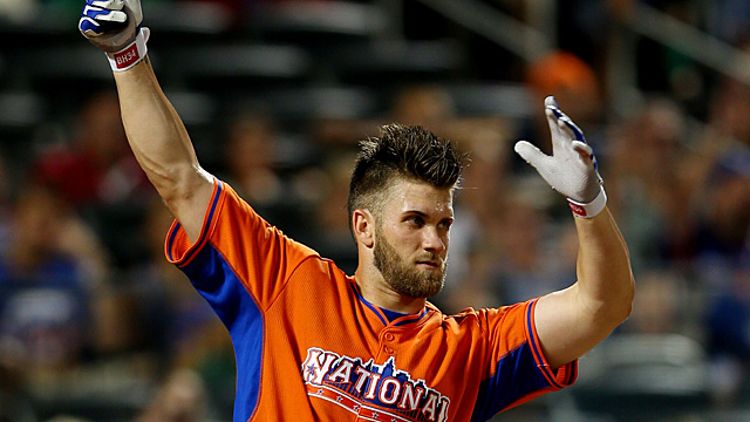 Last night, some MLB dudes did some yard work (total insider baseball term there) at the 2013 Home Run Derby. Yoenis Cespedes of the Oakland A’s bested Bryce Harper in the final round, which means Harper has to serve as the Cuban slugger’s personal bat boy for the rest of the season. Tough break, Nats fans. On the bright side, he probably is safe from doing this for a while.

Just kidding (Harper is never safe from running into a wall). Anyway, you probably saw some of the action last night, since there was possibly literally nothing else on except The Bachelorette. But in case you missed it, here are some of the best moments from the Derby in GIF form, courtesy of Grantland’s GIF Derby winner, @HeyBelinda.

Heaven smiles upon this guy, for sure. But I definitely think he forgets what city he’s in at some point during this moment.

This is actually a GIF of Ortiz’s vlog review of Pacific Rim. I don’t know how this got in there. Nice iPad, by the way.

It takes a couple of viewings of this one, and then you realize that Cano is basically Wolverine.