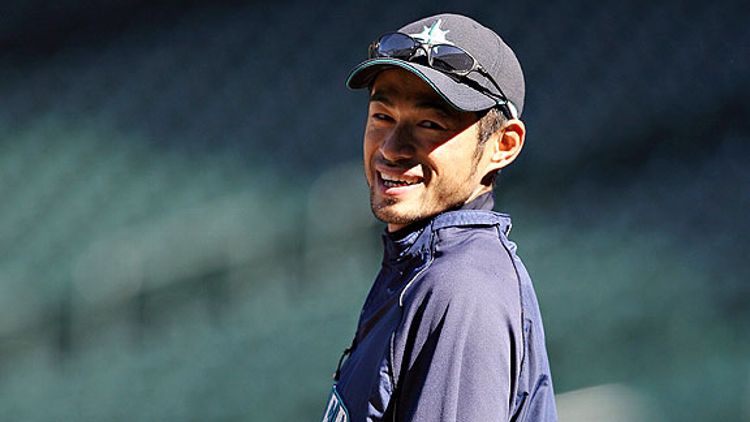 A doubleheader between the Mariners and the Indians in Cleveland on Tuesday brings to mind one of the greatest baseball quotes of all time. In April 2007, a four-game series between the teams had been canceled because of a snowstorm, and the games were being made up piecemeal as the season went along. On June 11, a Monday, the Mariners used a scheduled off day to visit Cleveland for the second of four games. Someone asked Ichiro Suzuki how he felt about the trip, and he did the rest:

“To tell the truth, I’m not excited to go to Cleveland, but we have to,” Ichiro said. “If I ever saw myself saying I’m excited going to Cleveland, I’d punch myself in the face, because I’m lying.”

And that was through an interpreter! It easily goes down as the greatest baseball quote that required translation. He also wins the Alexis De Tocqueville Award for the best intuitive understanding of America by a non-native.

In honor of Ichiro’s wit, we’ve put together a totally arbitrary top ten list of great baseball quotes. It was compiled from memory, Internet scouring, and the treasure trove of baseball lore that is my friend, Spike.

Hornsby played from from 1915 to 1937, so when I first saw this quote I got pretty excited. The dude was way ahead of his time in terms of hating Communists! But then I found out he said it to a Saturday Evening Post reporter in 1963, well into the Cold War, when he was already a crusty old man. Not quite as cool. Still, his story holds up; I’ve never heard a single story about a Communist baseball player signing an autograph for a child.

He was talking about Shane Spencer. Seriously.

8. “The trouble is not that players have sex the night before a game. It’s that they stay out all night looking for it.” — Casey Stengel

Roger Maris used to stay out longer at night than Babe Ruth, actually.*

*He did it during daylight savings time, though, so he had more darkness to work with.

7. “That god damned Dutchman (Honus Wagner) is the only man in the game I can’t scare.” — Ty Cobb

I included this because, damn, Honus Wagner must have been one of the all-time badasses. That’s like being called “a little erratic” by Lenny Dysktra.

6. “You see, you spend a good piece of your life gripping a baseball, and in the end it turns out that it was the other way around all the time.” — Jim Bouton

The no. six spot on this list has been reserved for the game’s world weary sadness.

The no. five spot is reserved for the game’s wondrous inexplicability.

3. I really didn’t say everything I said … Then again, I might have said ’em, but you never know. — Yogi Berra

There had to be a Yogi Berra quote in here, right? I’m not sure if that’s a hard and fast rule, but I didn’t have the courage to make this list and not include one. So instead, here’s one that indicates that most of his other quotes are probably apocryphal. Crap, I think I wasted the no. 3 spot.

Unknown, you say? That’s right. The greatest quote in baseball history, without a doubt, came from the foul mouth of Ichiro at the All-Star game. Every year, he delivered a profanity-laced pre-game speech in the locker room. It’s the stuff of legend — everyone who heard it came away saying it was one of the funniest moments of their lives.

How much would you pay to have those recordings? Seriously, consider it. I think I’d give $300. I’d borrow it from my mother and never pay her back, but still, that’s good money. Unfortunately, the actual dialogue is forever lost to the record, a rare hidden gem in an age of big media. Ichiro was already thinking of retiring the gimmick last summer, and the decision was sealed when he missed this year’s All-Star game.

So the top spot goes to a mystery. Poignant. Appropriate, too, considering the actual words would make us blush — and possibly start a riot in Cleveland.