Shrines to Racecar Drivers, O.J. Covers, and Weird Fans With Children’s Faces On Them 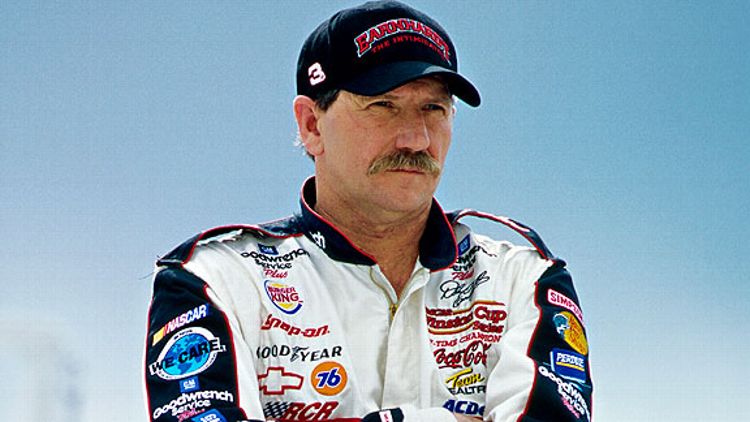 1. A lady who loves Dale Sr. has spent a long time to put together this homage/shrine to no. 3 and is now being forced to part ways with it. (But why? What’s changed in jodielynn35’s life that has led her to part with something that clearly means so much to her? Has she changed allegiances and is no longer memorializing one of the greatest drivers of all time? Does she think it’s time to let go? I’d like some answers here.)

2. Jodielynn35 is an entrepreneuring woman who believes in “crushing it” and has figured out the ultimate gift for the ultimate Dale Sr. fan. Not sure what to think here!

ARod’s 40 40 crunch cereal box — $5.50
Do you like A-Rod? Do you have a particularly non-discriminating palate when it comes to cereal? Say goodbye to your $15!

BYU COUGARS GAME USED FOOTBALL PANTS UNIFORM NIKE 36 S — $49.99
I don’t care who you are, no one has any need for a pair of gross football pants worn by a nobody on BYU.

July 14 1969 sports illustrated O.J. Simpson — $0.99
Don’t get me wrong, I think O.J. is (allegedly) awful for what he (allegedly) did, but this magazine for this price with that picture seems like a steal. Do you think that when they were publishing this issue of Sports Illustrated, the editors thought that someday, in 40 years, someone would be selling a copy of it on the Internet for less than the cover price? Probably not. My guess is, if they knew about the Internet in 1969 they probably are kicking themselves for not cashing in on that more. Like, if they had invented the Facebook, they would have invented the Facebook. Lawyer up, bitch.

Houston Oilers Vintage Game Worn Used Jacket 1960 -73 — $499.00
This jacket is pretty great and has probably been remade in a faux-vintage Mitchell & Ness sort of way, but wow, that “football” that they have designed on this looks nothing like a football. The person who made this should be pretty embarrassed. RIP, guy who made this, you were most likely great at life, but very bad at sewing pictures of footballs.

VTG BASEBALL FORD V-8 ADVERTISING FAN CAMPBELLSVILLE KY — $14.99
For today’s link, The Triangle’s Sarah Larimer was kind enough to find this set of eBay links. That being said, I am not sure why she found and presented me with this one. Feel free to direct any questions you have to her.

The Huddle: It's Time to Catch Something, Roy Williams