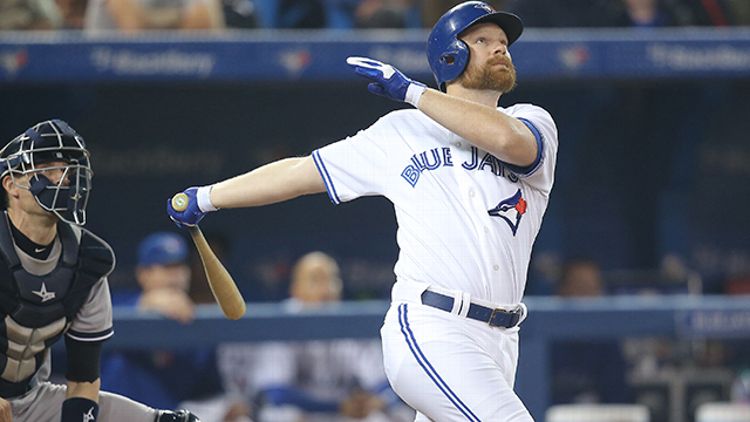 It must be nice to make the playoffs. As a long-suffering Yankee fan, I probably won’t get to experience that joy this season, and it’s been a long time — almost a full year — since we’ve even sniffed the postseason. With six games left on the schedule, the Yankees are four games behind Cleveland for the final wild-card spot, and with Texas and Kansas City sandwiched in between, it’s all over but the shouting.

But hey, you know what? The shouting might not be all that bad. Because even though the Yankees’ destination (sadness, golf courses, boring family life) might be fixed, that doesn’t mean they can’t ruin someone else’s fun. In fact, they have three games this week against Tampa Bay, a hated rival. Between 1918 and 2004, Boston fans showed exactly how satisfying it can be rooting for others to fail in lieu of your own success. But actually playing a part in that failure? That has to be 10 times better. As FDR said, it’s better to pull the trigger than to cheer the gun.

So let’s look at a few teams that can alter the playoff landscape as we move toward Sunday and the end of the regular season. Here are your potential spoilers.

Motivation to Spoil: It’s Tampa, the city with the worst fans in professional baseball. The Rays are on the good side of a pennant race right now, and they still can’t break 14,000 fans when they’re facing another wild-card threat. This is a smart low-budget franchise whose minor league teams are always stacked and whose MLB squad is routinely competing and winning in the AL friggin’ East, and nobody in its strip mall snooze of a city can be bothered to show interest. It’s pathetic. It’s an insult to other major league cities, and it must be answered in kind.

Also, the Rays never lose to the Yankees in their dump of a stadium. They’re 5-4 this year, 7-2 last year, 6-3 in 2011, and I doubt the Yanks have had more than one or two years with a winning record since “The Trop” opened. That’s gotta grind their gears, right? This week’s series is in Yankee Stadium, which boasts a field not made of Soviet turf donated by the city’s 19 Walmarts after it was recalled due to strains of asbestos and polonium.

Last, but not least, this is America, and the rich disdain the poor. Watching Tampa make the playoffs from the AL East is a little bit like watching the hired help swim in your pool. It’s not technically illegal, but it’s certainly bad form, and it must be answered with swift justice. The spoil is on.

Motivation to Spoil: Like the Yankees, the Nationals were kinda-sorta in the wild-card hunt for a while, but are now just hours away from certain elimination. They face the Cardinals this week, though, and though the Cards have clinched a playoff spot, they’re only up two games on both the Pirates and Reds in the NL Central and could still get bumped down to wild-card status, where the end of your season is just one game away.

So, why the Cardinals? Let me answer your question with a question: Why has St. Louis had the same team since 1900 while our NATION’S CAPITAL had to go without from 1971 to 2004??? That town could have really used a baseball team in those years. I mean … Iran-Contra, all the Cold War stuff, two George Bushes, and Monica Lewinsky. They needed some distraction, and meanwhile St. Louis was gallivanting around without a care in the world. They need to be taught a lesson, and fast.

Motivation to Spoil: Oh man, can you imagine having the chance to officially end the hopes of their in-state rivals? There’s no pissing match quite like a Texas pissing match, and you know the Astros must have an inferiority complex like a ten-gallon hat. Nolan Ryan’s always sitting there all smug, like some kind of gruff Texan hard-ass, and I bet the rest of the team wears cowboy boots everywhere and thinks the city of Houston is effeminate. This would be the ultimate satisfaction. And with a little luck, the Yankees might still be hanging on by a thread when the weekend comes. If there’s one thing that people from Texas hate more than other successful people from Texas, it’s anyone from New York City.

It’s important to note, though, that Houston is terrible, and will go 0-6.

Motivation to Spoil: This is a rare case indeed: spoiling from the top. The Sox clinched the AL East this past weekend and are 1½ games ahead of Oakland for the best record (and hence, home-field advantage) in the American League. The Orioles are pretty much dead in the water at 4½ games back in the wild-card race, but if they can somehow last until Friday … oh man, Boston gets to have its cake and eat it too. There’s such a smug satisfaction to be had in succeeding and depriving your rival at the same time. At that point, you basically feel like a god. Plus, as we went over last year, Baltimore is the kid brother to the bigwigs of the AL East, and what’s better than proving to your kid brother that he’ll never have any hope of beating you?

Motivation to Spoil: Seattle is one of two MLB teams that has never made the World Series (the Nationals are the other). What that means, to use a cafeteria analogy, is that the the Mariners are at the nerd table. Kansas City is also at the nerd table, as the team with the longest playoff drought (dates back 27 years, to 1985). There are two things you want when you’re at the nerd table. First, you want out of the nerd table. That’s not possible for the Mariners, because they’re terrible and totally mismanaged. But the second outcome — keeping the other nerds down — is still viable. If they can beat the Royals and end their playoff hopes, they ensure they won’t be eating alone next year.

Motivation to Spoil: The Blue Jays have the best shot of anyone to pull off the double spoil. They likely just need one win to end Baltimore’s hopes, and a sweep or even two wins off Tampa Bay might be enough to send the Rays packing.

As for motivation, do you even need to ask? This is the Canadian team nobody cares about. They matter so little that nobody even hates them. It’s just a wash of bland emotion toward the Blue Jays. And no matter how many people clamor to tell you about all the cool record shops, the truth is we feel the same about the city. Toronto is like Montreal if you took away all the character and sexiness and made everyone a banker (but not the interesting evil kind that lives in New York). So believe me, the Blue Jays would like to make a dent. They will be noticed, America. THEY WILL BE NOTICED!

Remaining Schedule: They both play Cleveland.

Motivation to Spoil: Heaping pain on Cleveland is hilarious and fun.