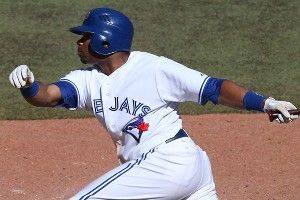 That time is over. There’s less than a month to go this season. If you’re still in the race this year, every little move could make a difference. So let’s look at some of the players likely available in your league, flip through schedules, and see which ones make for optimal pickups.

A soft-tossing right-hander, Kendrick has carved out a career as a semi-competent starter who can eat some innings in the fifth starter’s spot and (usually) not kill you. He’s been better this season, striking out a career-high 6.4 batters per nine innings and posting a career-best 4.39 FIP — roughly league average, but a sizable improvement on his career 4.85 mark. For much of the year he didn’t deliver a ton of fantasy value, though, which means he’s owned in just 31 percent of ESPN standard leagues. But Kendrick has picked up the pace lately. In his past five starts, he’s 4-1 with a 1.53 ERA, numbers supported by his peripheral stats: 25 strikeouts and just four walks and four homers allowed in his past 35⅓ innings pitched. He’s unlikely to maintain the .212 batting average on balls in play he’s allowed during that stretch, but Kendrick’s command has been verifiably excellent lately.

The Padres are home next week, which usually means good things for their pitchers. Petco Park has made mediocre starters into solid fantasy performers before, and it will continue to do so for the foreseeable future. This group, especially Cashner and Kelly, is considerably more talented.

The San Diego trio also gets the Rockies next week. At home, Colorado’s offense is deadly, hitting .299/.364/.495 — on the road, .239/.289/.376. If you want to press your luck and try these three Padres starters the following week at the hitter’s death trap of AT&T Park, too, there’s a chance that could work out. But the best bet is an immediate pickup for a one-start play next week. If you’ve got more than one pitcher spot open, doubling or even tripling down on San Diego hurlers would be a very reasonable play.

Owned in just 45 percent of standard leagues, and for good reason. Never much of a power threat, Davis is hitting just .245, making him a threat to your batting average. What Davis does do is steal bases; he’s got 40 swiped on the year, with 10 over the past 30 days. And he’s managed at least a bit of pop this year, with a career-high seven homers to date. The best news lies in the coming week’s matchups. Toronto gets three at home against Seattle, so finesse right-handers Blake Beavan and Kevin Millwood won’t have pitcher-friendly Safeco Field to bail them out. Meanwhile, Mariners catchers have thrown out just 25 percent of base-stealers this season (league average is 26 percent), so Davis should have a shot to run.

The news gets even better with three home games against the Red Sox: Daisuke Matsuzaka owns a 6.14 ERA this season and hasn’t been an effective starter in years, while Jon Lester (4.99 ERA) is having his worst year since becoming a full-time starter in 2008. Boston catchers have also been terrible at throwing out runners, gunning down just 21 percent. If you’re looking for speed and maybe a few runs scored in the near future, Davis could be a good bet. Bonus points for daily league players, as the Jays get three games against Dice-K & Co. this weekend at Fenway Park, the third-best stadium for hitters in 2012 (it was also third-best in 2011, and seventh-best in 2010, if you prefer to look at multi-year park factors).