Roster Doctor: I Sorta Don’t Give a Crap 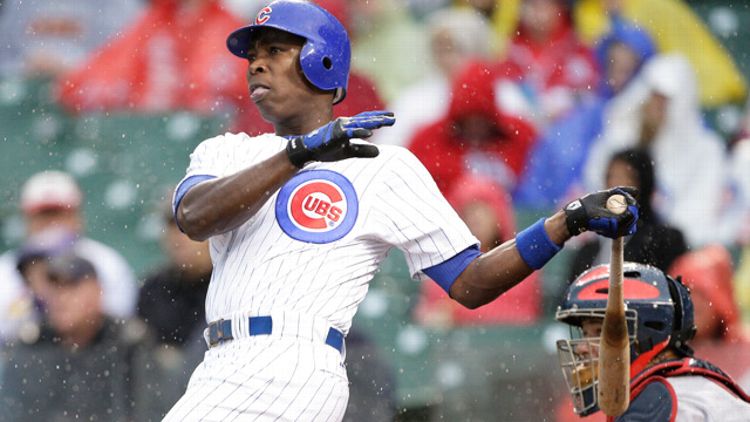 It’s not easy being agnostic. Forget religion or politics. Try telling a buddy that you have no strong opinion either way on Breaking Bad. Or that all beers taste the same to you. Fence-sitting on any number of topics can and will get you an earful. So when a guy who writes about fantasy baseball describes his draft strategy as “I Don’t Give a Crap,” he’s asking for a punch in the nose.

This year, I decided to go a different route in my go-to 18-team mixed-league auction. Yes, I would still seek out as many value picks as possible, staying true to projections and worrying about roster balance, position scarcity, and everything else only after the fact. Since nobody likes to pay for closers, that would mean there would be an excellent chance that I would wind up with four or five of them, yet again. Since everybody likes to pay for big-name power hitters, that would mean I would need to assemble a team with no major weaknesses, my cheapest players smashing the performance of the scrubs on the many stars-and-scrubs rosters sure to be assembled.

On top of all that, I would add a new wrinkle. Though value would remain the main goal, I’d compile a short list of players I liked before the auction. Every one of them would be a sleeper of some kind, so that bargains would remain the target. But having these names handy, I’d be ready to pounce when prices did drop, ensuring that I’m not missing out on any major sources of upside. Moreover, keeping this list close would provide a source for potential trade targets, since there would be no way to land everyone on it. Since you’ve all done your drafts and auctions already, consider that target list, as well as some of the players I’ll highlight that I actually drafted, a good starting point for your own trade discussions.

Let’s call this IDGAC, with a twist. Here’s what transpired:

• My quest to be the last owner to buy a player fell just short, after an Alfonso Soriano purchase for $13. This 18-team league features the usual 5×5 categories — except we use on-base percentage instead of batting average. So naturally, the Soriano bid was met with multiple taunts of “You waited this long for him?!” Even with OBP subbed in for batting average, Soriano was listed at exactly $13 in the projections that I used. Moreover, the bid acknowledged a weakness that comes up every year with IDGAC: RBIs. There are plenty of solid power hitters who don’t hit third or fourth in a stacked lineup. But draft enough 25-homer, 80-RBI guys and you’ll find yourself scrambling for runs batted in as the season wears on. Though he might not be a cleanup hitter (or a Cub) all year, Soriano figures to get at least a few months batting fourth on the North Side, behind Starlin Castro and Anthony Rizzo. While it’s not always easy to predict team-dependent stats, this was a rare, specific concession to one of them.

• Wait long enough in any auction and you will achieve your goal of having greater buying power in the middle rounds. So when value players then pop up, you often end up snagging a bunch of ’em in a flurry of bidding. Team IDGAC had two such flurries: After Soriano, I waited 36 more picks before nabbing my second player, Angels catcher Chris Iannetta, for $7. In an 18-team league that starts two catchers, you can easily get stuck with dregs; Iannetta’s career 13.6 percent walk rate and .354 on-base percentage make him especially attractive in an OBP league, especially if he can stay healthy enough to show off his 15-plus-homer power. Even granting that much of Iannetta’s past success came from playing in Colorado, $7 at pick no. 90 is a steal for a catcher with his skills. Two picks later, I reeled in Jonathan Papelbon for $20, saving a couple of bucks from his list price and getting a jump on another inevitable multi-closer roster. Two picks after that, I jumped on Coco Crisp for $16, because I had him at $19, and because I’m a sucker for students of the game.

The next flurry came much later, starting at pick no. 220. That slot yielded Chris Davis for $12 (very cheap power, given that the big boys went for $20, $25, even $30 more). The very next buy was also mine, Jed Lowrie for $5 (power and on-base from the shortstop spot — even if he plays only 100 games, he’d earn more than that). Three picks later came Miguel Montero at $15, who wasn’t a big bargain but was the last good-hitting catcher on the board, and I had the money to outbid anybody. The last pick in that series came four slots later, when I scooped up Andre Ethier at no. 228 for just $10 (listed at $17).

Surprisingly, starting pitchers ate up a big chunk of everyone’s budgets. Despite his disappointing rookie season, Matt Moore still wields the benefits of the Rays’ pitcher-friendly home park and great defense (as well as plenty of talent). I had him pegged as a buy in the low teens … he went for $17 instead. When breakout candidate Matt Harvey lasted all the way until pick no. 238, I figured he’d duck in under $10 … he went for $13. On and on it went with any and every starter worth a damn.

The result for my team was not a single starting pitcher who went for double digits (I’m particularly bullish on Alexi Ogando at $9 and Alex Cobb at $7). It was actually, in a way, a loose version of Ron Shandler’s LIMA plan: Spend far more on hitters than pitchers ($174 for hitters, $86 for pitchers), grab multiple closers (got four of ’em), get a balanced team with no major holes and also no gigantic price tags, look for starting pitchers with good peripheral skills, then rely on your relief pitchers to keep your ratios tidy.

• Though we drafted just last week, there have already been significant changes. One was a straight-up swap of Gio Gonzalez and Anthony Rizzo. But the biggest deal so far was pulled off by the team that’s the most aggressive in this league every year … mine, of course. Seizing on that inevitable closer surplus, and seeking a boost in both counting stats and OBP, I flipped Jim Johnson, Chris Iannetta, and Jeff Niemann for … Joe Mauer.

• Finally, let’s get to the good stuff. Since raw dollar figures won’t do much for those of you who’ve already drafted (i.e., everyone), here’s that list of target players I compiled before the auction — unedited, and in no particular order. In all cases, the idea was to look for players who not only possessed skills and upside, but also figured to come at a bargain price. Since we’re just three days into the season, none of these players have had a chance to dazzle anyone, and thus should remain undervalued. If you didn’t land them in your draft or auction, and your league is deep enough to accommodate some of the more obscure names on this list, start putting out feelers and see if you can land a couple.