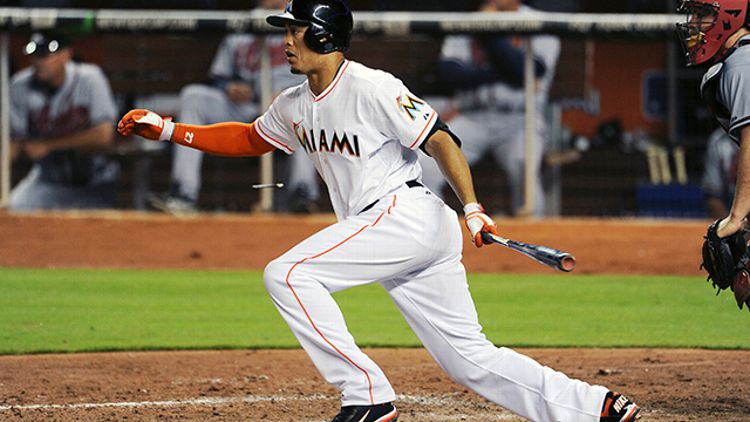 One of the core fantasy baseball philosophies I’ve developed over the years is to act early. Part of that is a function of the IDGAC approach to drafting: If you walk away with four or five closers, that probably means you have weaknesses elsewhere, and you’ll want to pursue deals to address those holes. But really, acting early is a play on two trends: people overreact to stats in small sample sizes (even in smart fantasy leagues), and getting five-plus months of production from a player is a lot better than just two.

That’s why you need to keep a close eye on all the news and streaks that pop up in April. Recognizing trends before your competition would’ve enabled you to snag Ian Desmond or Josh Reddick last year, before they put up big numbers that won a lot of people a lot of leagues. Scrutinizing any and all early-season happenings — even the subtle ones — will improve your chances of competing for a title down the stretch.

Impact: Despite the Braves’ sizzling start and players like Justin Upton and Paul Maholm rolling, Atlanta has a few players struggling to start the year. One of the biggest laggards was Heyward. Through 17 games, the Braves right fielder was hitting a microscopic .121/.261/.259. When an emergency appendectomy in frigid Denver knocked Heyward out of the lineup, you could see the frustration mounting for his fantasy owners.

Go get him now. Right now. For starters, we have some recent history when it comes to players coming back from appendectomies, now that the surgery is laproscopic and thus much less invasive than it used to be. Matt Holliday missed just seven games after the procedure, while Adam Dunn missed six. Holliday returned to form quickly upon his return. Dunn struggled for a while, but then Dunn’s production has nosedived in general during the past couple of years, so he’s probably not an instructive example.

It’s not just the likely quick return that should have you optimistic for a Heyward revival. Though Heyward had seen a dip in his power numbers to start the year, the biggest culprit for his abysmal start was a .114 batting average on balls in play that was a mile below the major league average in the low .290s, not to mention Heyward’s own career BABIP of .301. We’re talking about a supremely talented 23-year-old who blasted 27 homers and swiped 21 bases last year, with the kind of raw power and sharp batting eye that portends more improvement is on the way. Unless you play in a league full of chumps, Heyward’s still not going to be given away. But if you’re wondering whether it’d be worth it to go after him with an offer of 80 cents on the dollar, the answer is an unequivocal yes.

Impact: BUY, BUY, BUY! Bruce probably comes with the least skepticism of the three, given he’s a consistently productive power hitter coming off 32- and 34-homer seasons, with talented teammates and a clean bill of health — all of which means you might not be able to get him at a discount. But the stripmining of the Marlins roster has sent people into freakout mode when it comes to owning Miami players. It’s true that pitchers might elect to pitch around Stanton more often when Justin Ruggiano is the best option to hit behind him (and players like Joe Mahoney are actually seeing occasional reps in the cleanup spot). It’s also true that Stanton’s runs scored and RBI totals could take a hit with crummy hitters in front of him and behind him. But Stanton’s healthy again, and he’s going to start hitting the snot out of the ball very soon; look no further than last April, when he hit .247 with one homer for the month before finishing the year hitting .290 with 37 big flies.

As for Cain, he’s been victimized by a preposterously low 54.1 percent strand rate (league average is in the low 70s) and his home run per fly ball rate soaring to more than double his career mark. Also, the Giants have offered very little offensive support, just 2.4 runs per game for his first five starts. Meanwhile, Cain’s 21 percent strikeout rate sits just below last year’s high of 22 percent, and his tidy 4.8 percent walk rate is the lowest figure of his career. This is the same front-line starter we’ve seen for the past seven seasons, going through a hellacious (and short) run of bad luck. Fantasy owners often get antsier about lousy early numbers for pitchers in a way they don’t for hitters, figuring pitchers are more fickle and more injury-prone. But there’s just isn’t any big red flag to be found here for Cain. If you can buy low, do it ASAP.

That is a terrifying trend. But in the fickle realm of closerdom, simply having the job counts for more than any set of stats. By pitching a perfect ninth inning Wednesday against the top of the Royals order, Valverde only cemented the trust Jim Leyland already had in his once and current closer after Valverde’s three years holding down the job in Detroit. If a too-clever-by-half fantasy leaguemate thinks he’d be fleecing the competition by dumping Valverde’s plummeting skill set on someone else, make yourself become that chump in his eyes. Valverde’s stat line might not be pretty by year’s end. Buy buying low might earn you 30 cheap saves, which is really all that matters.

Of course you’d be insane to roster either of these guys in any fantasy league that wasn’t 82 teams deep. The fantasy implication comes in the gigantic gap between the two players’ defensive abilities. Andino hasn’t played more than 30 games at shortstop in a season since 2009. He was roughly average as a utilityman who played primarily second base. As an everyday shortstop, he could easily cost the M’s five, even 10 runs over a full season compared to the average player at that position. Meanwhile, Ryan is arguably the best defender in baseball at one of the most demanding defensive positions on the diamond, averaging a gigantic 22 runs saved above average per Defensive Runs Saved during the past four seasons.

Putting aside how dumb it is to potentially punt 30 runs over a full season, this could also affect Mariners pitchers. Spreading that loss over an entire pitching staff wouldn’t seem to have that much impact on any one pitcher; you’re not dumping Felix Hernandez over this, for instance. Someone like Hisashi Iwakuma, though? I’d quietly start shopping him around. Between Iwakuma’s 1.99 ERA being a huge fluke owing to a 94.1 percent strand rate and a .171 batting average on balls in play; the handful of additional runs he might give up just from having Andino take Ryan’s job; and the cascading effect I believe even many advanced stats don’t fully capture — where, say, a grounder Ryan would’ve gloved trickles into the outfield, forcing a pitcher to throw more pitches under duress, and potentially give up more runs and leave the game sooner — you’ve got a prime sell-high candidate.

Oh, and one more fantasy fallout from this move: When Wedge inevitably gets fired (probably soon) and a new skipper takes over and sees how bad Andino is, you have to figure top shortstop prospect Nick Franklin (and other notable farmhands) will get called up. If you’re in a deep mixed league or AL-only circuit, Franklin’s a decent spec play to stash on your bench.

Impact: None yet. The 22-year-old Erlin will start his major league career in the Padres bullpen. But San Diego’s starting rotation is terrible, stuffed with veteran flotsam like Jason Marquis and Opening Day starter Edinson Volquez, who has no earthly concept of how to throw strikes. Even with Petco Park’s fences closer to home plate this year, this is still a very generous park for any pitcher with a modicum of talent. Acquired from the Rangers as part of the 2011 deal for Mike Adams, Erlin has both talent and results on his side: In 340 career minor league innings, he struck out 378 batters and walked just 57. Erlin’s going to get a starting job soon, and he’s got a chance to do some good things with it. In anything deeper than a 12-team mixed league, you should pick up Erlin now, stash him on your bench, and wait for him to get his chance.