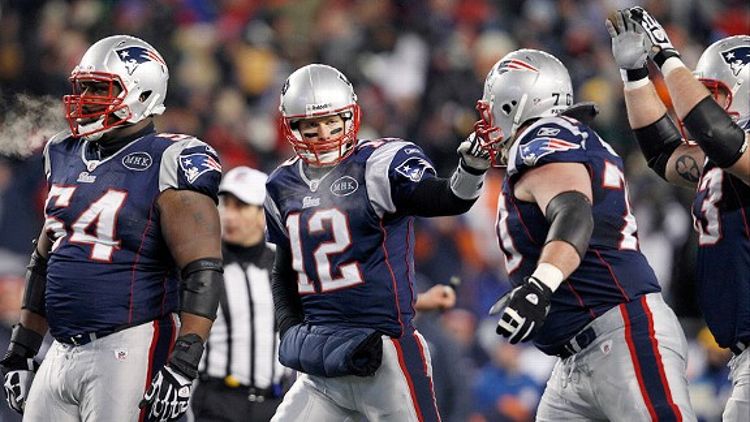 2. Kobe Bryant, Motivational Speaker
Rembert Browne takes a break from carving “Black Mamba” into his Trapper Keeper to stump for Kobe: “I can’t remember the last time I saw Kobe make fun of himself in such an endearing way. This is Kobe, sort of making fun of himself, right? Wait, did someone tell Kobe this was supposed to be funny? OMG, he’s being serious.”

3. Eli Manning, Discount Double Checker
Robert Mays on the little brother that could: “Somehow, I’ve forgotten it all — the Eli Face, the Thanksgiving weekend game against Minnesota, the other Eli Face. During Sunday’s game, I actually thought, If Eli wins it again, is it time to rethink who’s the better Manning? Then I hit myself in the face.”

4. Vernon Davis, Town Crier
Bill Barnwell, longtime advocate for public displays of emotion, nominates the 49ers tight end: “How can anybody pick anyone besides Vernon Davis? Isn’t his touchdown catch the NFL equivalent of a posterizing? Everything about that clip. Everything. The vanquished Roman Harper can’t get up. The radio announcers losing it. Alex Smith shit-talking for probably the first time in his pro career. Davis breaking down into a blubbering mess. All this clip needed was Mike Singletary screaming something like “JUST KICK THE FIELD GOAL!!!” until the touchdown graphic came up.”

5. Gunner Kiel, Commitmentphobe
Michael Weinreb, who owns Blue Chips on VHS, throws up this high school football recruit: “The No. 1 high school quarterback in the country originally said Oklahoma and Alabama were his two finalists. Then he committed to Indiana, de-committed from Indiana, committed to LSU, de-committed from LSU twenty days later, and showed up yesterday as an early registrant at Notre Dame. I say we BLAME EVERYTHING ON LES MILES!”

6. Dwight Howard, Cape Aficionado
Bill Simmons kicks open the phone booth for this one: “Why is he making trade lists when he’s on a 10-3 team? He’s the worst superhero ever.” Although, if the Magic are 10-3, is he the best superhero ever? Hmmmmm.

7. Jackie Harbaugh, Mother of the Year
From Sarah Larimer, who often writes me after I file a post and says, “What’s your deal?!” Take it, Sarah: “My mom’s birthday was last week, and I forgot (LIKE AN ASSHOLE), so in her honor, I’m nominating Jackie Harbaugh, mother of NFL coaches Jim and John, and wife of Jack, who said this about their boys:

‘They have no weaknesses. They’re just like their mother. They’re stealth.’

9. Emmanuel Frimpong, Face-lifter
I put this in The Reducer this week, but it’s too awesome not to note. Frimpong is an Arsenal player on loan to Wolverhampton Wanderers. Wolves played Arsenal’s arch-rivals, Tottenham, over the weekend. During the game Frimpong did this to Spurs’ star player, Rafael van der Vaart: