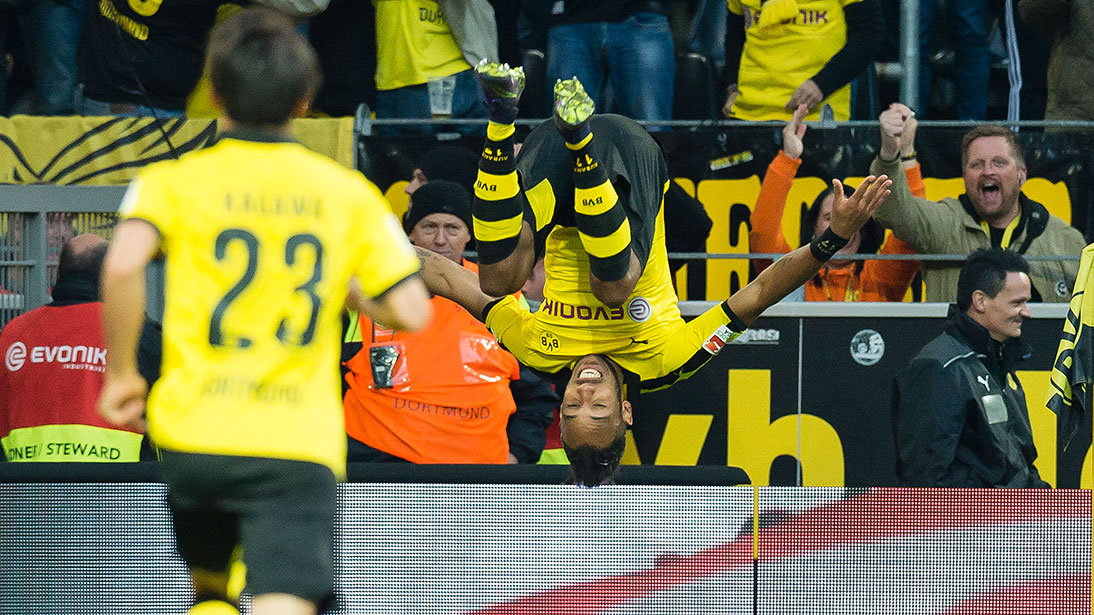 There is an NFL game being played at Wembley on Sunday, but do you really need to see Ryan Fitzpatrick square off against Ryan Tannehill in a battle to nowhere? Sunday also promises to be the best single day of the European soccer season, so please do yourself a favor and watch these games instead.

While it doesn’t match others in quality, the Merseyside Derby is one of the most heated and storied rivalries around. Coming into this season’s first edition, Everton sit in fifth place, with results more closely resembling the team that challenged for the Champions League places two years ago rather than last season’s disappointing 11th-place squad. Meanwhile, Liverpool are stuck in ninth after a disappointing start, and manager Brendan Rodgers is being edged ever closer to an unceremonious exit.

At least, that’s how things might appear. Both teams enter the match with a bit of distortion between their perception and reality. Despite some uninspiring performances, Liverpool’s underlying numbers don’t paint nearly as bad a picture as the #RodgersOut momentum would have you believe. Defensively, the team ranks fifth in shots allowed, shots on target, and expected goals. The attack is more of a mixed bag; they rank sixth in both shots and shots on target, but only 12th in expected goals.2 As for Everton, they most recently overturned a 2-0 deficit to beat West Bromwich Albion, 3-2, and Roberto Martinez’s side continues to ride a hot streak that may be papering over some deeper underlying issues.

As long as this isn’t a repeat of last year’s game at Goodison Park — a boring-as-heck, goalless draw — Sunday promises to either change the narrative for both teams or harden the ones that are already there. Let’s hope the drama more closely resembles the previous fixture at Anfield:

United currently sit atop the table for the first time since Sir Alex Ferguson left, while Arsenal are in fourth, three points behind. Stylistically, this matchup pits the unstoppable force of Arsenal’s sustained attack against the immovable object of Manchester United’s midfield press. It might not seem like it because Arsenal have only managed to score 10 times (including two own goals), but the Gunners have been the most dangerous attacking side in the Premier League. They just keep, uh, forgetting to finish. As far as scoring droughts go, though, that’s the kind you want to have: Finishing comes and goes, but the ability to create shots tends to be consistent.3

On the other side, United are one of the best defensive teams in the league. Pick a metric, and they’re among the best: They’re tied for the league lead in fewest goals conceded, second in expected goals conceded, second in shots conceded, and fifth in shots on target conceded. What’s more impressive, though, is how the stinginess extends beyond shots. You simply cannot work the ball around in United’s defensive third. They’ve allowed by far the fewest attempted (475) and completed (317) passes in their own third.4 United slam opponents with a double whammy: They don’t let them get into the final third, and when they do, finally, they keep you from completing any passes. Unsurprisingly, the 66.7 percent pass completion that United allows in the final third is also the lowest in the league. For all the talk of Wayne Rooney’s poor form and the team’s attacking struggles, this is an elite-level defensive team. In fact, with Chelsea’s mysterious struggles persisting, it’s probably the best defense in the league.

If you needed another reason to watch this match: Arsenal have both attempted and completed the second-most final-third passes. Game on.

Dortmund are back — not that they ever went too far away. Thanks to an improbably unlucky 2014-15 season that left them in the Europa League purgatory of seventh place, this year’s version of Borussia Dortmund isn’t in the Champions League. Yet they might be one of the five best teams on the planet

However, without last year’s bad luck, it’s likely that former manager Jurgen Klopp wouldn’t have left and Thomas Tuchel never would’ve replaced him. Tuchel’s Dortmund is slightly less frenetic than Klopp’s: They’re still aggressive, they still want to counter-press and mess up opponents deep in their own zone, but they’re also more comfortable controlling the center of the field in possession. The biggest beneficiary of the slight slowdown has been Pierre-Emerick Aubameyang, who is blossoming into a full-blown superstar. He’s got six non-penalty goals, which, until Robert Lewandowski of Bayern Munich lost his damn mind, would have been enough to lead the league. Instead, he has to settle for second. And he’s not running way above expectation either, as his 5.17 expected goals put him second in the league, too.5 Aubameyang just keeps getting into good locations and keeps pounding the net. 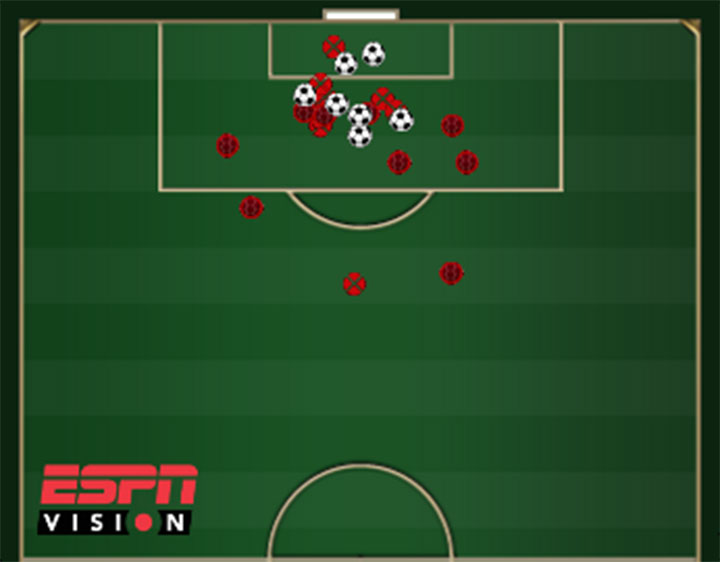 As always, Bayern have found a way to overshadow Dortmund’s glowing start. They’re a perfect 7-for-7, they lead second-place Dortmund by four points, and they’ve already entered full-on “We have to create challenges for ourselves just to keep this interesting” mode. Both first-choice wingers injured? No problem — we signed Douglas Costa, who will immediately look like he’s been playing for Pep Guardiola since before Xavi was born. Injury crisis in the defense? Who cares, we’ll just start a team with no recognized center backs and demolish Bayer Leverkusen. Down a goal to Wolfsburg at halftime? Go nuts, Robert Lewandowski. Go nuts.

Want to understand how good Bayern are? Dortmund are amazing, and they might be out of the Bundesliga title race by Monday. That’s how good.

Real Madrid enter the Madrid Derby under a thin cloud of concern. There have been injuries to key players like James Rodríguez, Gareth Bale, and Jese. There’s been a relatively low-scoring slate of games, including two goalless draws and a dull 1-0 win at home against Granada. (Madrid also blew the doors off of Real Betis and Espanyol, scoring 11 goals combined.) Combine all of that with the evolution of Cristiano Ronaldo’s game and there’s a sense that something’s not right in Madrid. Yet they’re only a point behind second-place Barcelona and two behind surprise La Liga leader Villarreal. They also lead the league with a plus-13 goal differential. In other words, they’re a prototypical Rafa Benitez team: Everything is fine, but there’s still a nagging sense that things could be better.

Across the capital, Atletico Madrid are quietly off to a slow start. While they’re only two points behind Real Madrid, they have yet to reach the berserking heights we’ve seen over the past two years. The defense, unsurprisingly, is there — this is still a Diego Simeone–coached team, after all — but the attack still hasn’t fully clicked. It’s early, and Mario Mandzukic and Arda Turan are gone. Plus, new signings Jackson Martinez and Luciano Vietto, along with youngsters Angel Correa and Oliver Torres, are being integrated. So, there are plenty of moving parts for Simeone to mesh together, but the team hasn’t been getting the kind of high-quality looks they’re used to. Last season, despite being 10th in overall shots, they were fifth in shots on target and fourth in expected goals. This year, they’re eighth in shots, seventh in shots on target, and only 12th in expected goals. The positive: They’ve continued to take points during the not-great start. The negative: If they don’t improve their attack, the points will soon dry up.

In sum: Neither club is really in trouble, but it might not seem that way if there’s a loser on Sunday.