The Rafa Riddle: How Real Madrid’s New Manager Straddles the Line Between Failure and Success 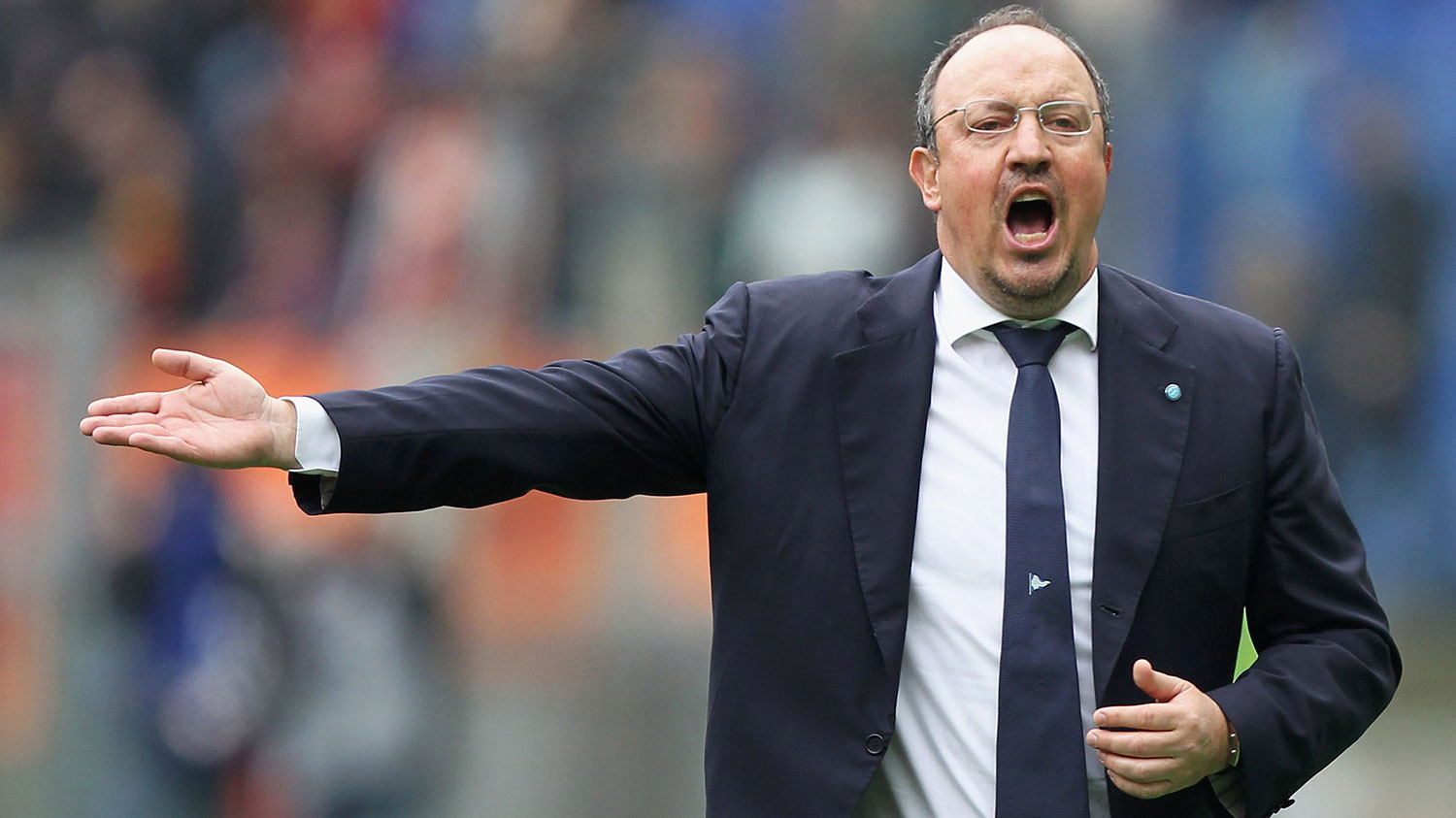 Before yesterday’s game against Lazio, then-Napoli manager Rafa Benitez offered up the following: “My cycle has reached its conclusion. I hope to close it in a beautiful way, gifting the Champions League to the fans.” That, of course, did not happen. Napoli, who came into Sunday in fourth place but would’ve leap-frogged Lazio into the third and final Champions League place with a win, lost the game 4-2 and ended up dropping to fifth. The Naples club now has all summer to assess its slow slide down the Serie A table — it finished second in 2012-13 and third last year — but as for Benitez? Oh, he’s off to manage Real Madrid.

Just a few weeks ago, it looked like Benitez would be leaving Napoli for West Ham, but in an odd turn of events over the past two weeks, he’s expected to be unveiled in Madrid on Wednesday. Yet if there’s one manager in the world who’s equally likely to manage the fourth-biggest team in London and the biggest team on planet Earth, it’s Rafa Benitez. Look at his career and you’ll see one of two things: a manager who’s still riding the success of one moment from 10 years ago or a manager who has consistently managed good teams to better results.

The high point of Benitez’s career is the famous comeback victory over AC Milan in the 2005 Champions League final during his first season with Liverpool. Before that, he had already won two La Liga titles and a UEFA Cup1 with Valencia. But in the decade since that night in Istanbul? Well, it depends on how seriously you take things like preseason cups and the Club World Cup, because if you knock out secondary awards like that, then the trophy cabinet has gathered a lot of dust. You’ve got an FA Cup with Liverpool in 2006, a Europa League title with Chelsea in 2013, and a Coppa Italia last year with Napoli. That’s three trophies in 10 years, and the man he’s (presumably) replacing in Madrid, Carlo Ancelotti, was just fired despite winning two titles in his first season.

Now for the rose-colored glasses: Given the jobs he’s taken after leaving England the first time, should we really have expected him to do much more? Since he left Liverpool, the club has qualified for the Champions League once after doing so in all but one of his six seasons at the helm.2 While his old club struggles to regain past glories, he’s made three separate stops: He took over Inter Milan right after they won the 2010 Champions League; that ended up being a complete disaster, and he was fired after half a season. After a two-year hiatus came two-thirds of a season as interim manager of Chelsea, where he won the Europa League. And then came the two seasons at Napoli, where he finished third in his first year but was knocked out of the Champions League in the preliminary rounds by Athletic Bilbao.

You can rationalize all of these results, too: At Inter, Benitez had to follow Jose Mourinho’s treble-winning season, a completely thankless task, and even though he was gone by Christmas, he still managed to rack up a couple of those secondary trophies, including the Supercoppa Italiana and the Club World Cup. At Chelsea, where much to his own dismay he was given the “interim” tag, he still managed to deliver the biggest trophy available to him. And at Napoli, he won the Coppa Italia, qualified for the Champions League, and also made a deep Europa League run, all despite the departure of the club’s best player, Edinson Cavani, right before Benitez’s arrival.

Rafa’s career, then, seems to be defined by giving his fans just enough to hang their hats on and his enemies just enough ammunition to want him gone. That holds true from a results standpoint, but also from a stylistic standpoint. He’s a firm believer in squad rotation, even if that means coming dangerously close to sacrificing games in one competition in order to more thoroughly focus on another. That’s probably why he’s won his fair share of cup competitions, but it also creates almost no margin for error when those cup runs fail. He favors compact, defensively oriented teams, with wingers willing to track back and then launch forward on the counterattack. It can be a potent combination — and it certainly got the best out of both Steven Gerrard and Fernando Torres — but it can also be dull as hell to watch. Again, easy to live with when you win, but a readymade flashpoint for criticism when you lose.

Everything about Benitez is worth tolerating in exchange for results — except the results are never more than just good enough to tempt you to tolerate him. So, some people will look at what he’s accomplished and pine for the days when he ran their club, while others will see a manager inexplicably failing his way to the top.

From that standpoint, the end to Benitez’s tenure in Naples seems fitting. The Lazio match meant everything for Napoli: It was the difference between the Champions League and Europa League, success and failure, competence and fraudulence, Real Madrid or West Ham. Yet, at the same time, it had no impact at all on where Benitez’s career would go next. He was going to Real Madrid, win or lose. And for someone who runs his teams as though results trump all, his career path has progressed essentially irrespective of wins and losses. Since 2005, he’s never fully succeeded, but he’s also never totally failed. A year or two from now — let’s be honest, no one lasts longer than that in the Spanish capital — some Real Madrid fans will likely be thinking the same thing.

Flashy Nihilism and the State of the Oakland Athletics

Unlucky Seven: Watching the Rangers and the Ducks Squander Their Stanley Cup Chances